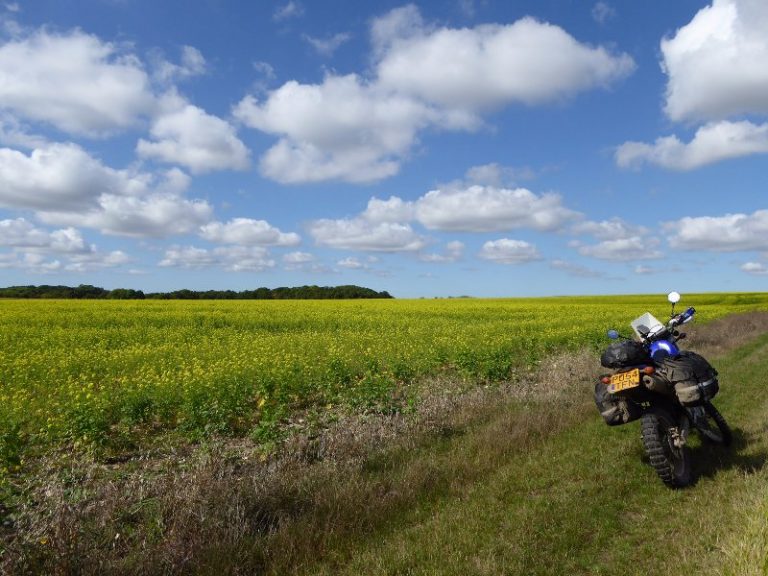 Did we all survive storm Brian last weekend? It was a bit of an anticlimax here in Stratford-upon-Avon. The winds were pretty strong, but there was no epic Day After Tomorrow style weather with multiple tornadoes, giant hail storms, flash freezing or being chased by angry escapee wolves when trying to retrieve medical supplies from a frozen ship. Brian was the polite, well-mannered storm that us Brits were hoping for.

Anyway, with good old Bri’ firmly behind us, it’s actually looking pretty decent this weekend. So, let’s take a look at what we can expect.

Got that #FridayFeeling? It’s looking like a beautiful autumnal day with plenty of sunshine on the way… 🌤️🙌 pic.twitter.com/y7TPQukiXz

A chilly but beautiful start to the day this morning. You’ll be pleased to know that it will remain dry and sunny for most of us today, however, some parts of the UK may experience some light cloud cover later. It will stay dry and mild though, with temperatures staying around the 15 degrees mark. As we roll into the evening, it will be clear for most of England and Wales, Scotland will experience some cloud cover, but again, it will stay mainly dry.

Saturday: Windy – gales across Scotland. Cloudy with outbreaks of rain across the north & west of the UK. Drier/brighter in S & E. Stav D pic.twitter.com/GQ8NacMzzW

It will be a cloudy start on Saturday morning, with some showers creeping into Scotland and some areas of central England. The best of the weather will be in the south-east, it will remain dry with some patches of sun throughout the day. However, temperatures will drop as it looks like it could get quite windy, with some colder gales blowing in from the north.

Saturday evening looks mostly overcast, but dry, with some areas of central England, Scotland and Northern Ireland experiencing some showers throughout the night.

Sunday: Less windy, but still breezy across more eastern areas. Drier and brighter, but colder – especially in the north of the UK. Stav D pic.twitter.com/jS6Ss1yvZj

Another sunny start for us on Sunday morning. There may be some patches of cloud, but it’s looking like it’s going to remain dry all day, with northern winds creeping over again bringing those temperatures down. Cloud cover will start to roll in the late afternoon, and it will be overcast, but dry, for the rest of the evening and night.

So, looks like it’s set to be a pretty good weekend for riding – just keep warm! And don’t forget, the clocks go back on Saturday night. As usual, if you’d like to hear what the professional weather experts have to say, here’s the Met Office’s weekend weather report…