Since Long Way Down finished in 2007 the rumour mill has been constantly churning about Ewan McGregor and Charley Boorman taking on a third series with a final major trip on two wheels.

The rumours have been fuelled mostly by Charley who seems to briefly mention the idea every time he gets interviewed. Speaking to the Telegraph in late 2013 he said, “We have always spoken about doing another trip but we’re not quite sure when or where yet.”

It’s quotes like this that feed the rumours but as yet, there have been no concrete signs from Ewan that he is looking to take on another trip. Charley meanwhile appears to believe that one day they will be taking on another challenge.

“There’s always one more in it for us and we’re both still young and there is plenty of time. I’d like to do South and North America and call it the Long Way Up,” he said speaking to Motorbike Writer a couple of years ago.

So, all things considered it seems as though there is definitely a possibility of another journey happening, even if it won’t be taking place in the immediate future. But in the case that it does come to fruition, we’ve compiled a list of five things we’d like to see on Long Way Up.

It might not be to the taste of everyone, but some of the most entertaining bits from both series’ were seeing Ewan and Charley messing about, having a laugh. There’s the moment when Charley attempts to light his own flatulence on fire (kind of childish, but pretty funny all the same) and the time Charley demonstrated the different road conditions with his stomach. Both made for entertaining television and we wouldn’t complain about a few more laughs like this in a new series. 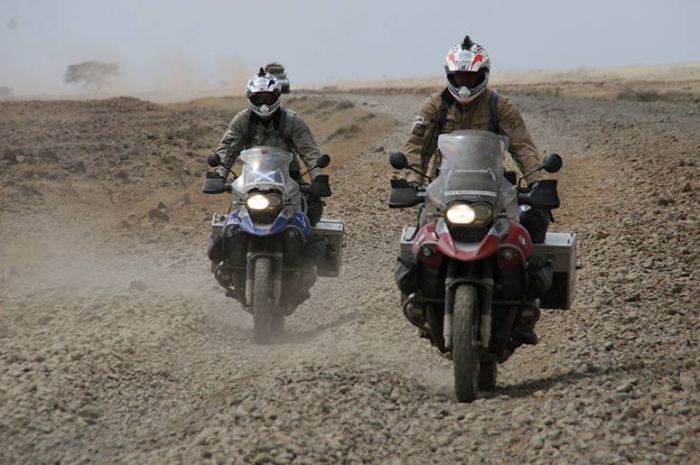 Ewan and Charley going it alone

Fair play to Ewan for bringing along his wife for a section of Long Way Down, it’s his trip and if he wanted her to be there for part of it then that’s to be respected. Having said that, the reason the Long Way Round worked so well is because of the chemistry between both Ewan and Charley, the banter they shared and the tough conditions they found themselves in. Taking along respective partners in a new series would hamper that, potentially limiting the entertainment value of the programme. Perhaps even dropping the support team would be a good move in an effort to make it more of an adventure. Of course, they will need someone to help with filming, but it woud be good to see them being more independent and carrying everything on them that they would need.

OK, so it’s widely known that Ewan and Charley were turned down by KTM after asking to take their bikes around the world for the first series. In the end, they used BMWs that were largely reliable and as such, the German manufacturer’s motorbike sales skyrocketed. But, there are those who are not fans of the GS (to put it kindly), and are loyal to other brands such as KTM and Honda. So wouldn’t it be great to put two different bikes up against each other to see which performs best? 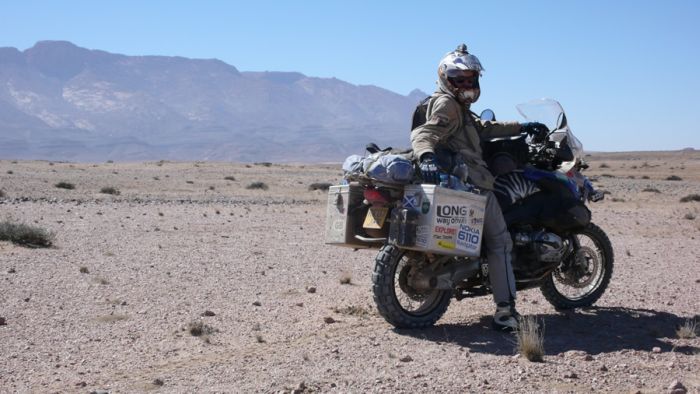 Some of the most memorable scenes from both series came when the guys met and interacted with locals. Moments that particularly come to mind include the time when they were in a Mongolian yurt drinking fermented milk and eating goat’s testicles, or the time they were staying with gun-toting locals in Ukraine and Ewan subsequently serenaded them on the guitar. It would be fascinating to see what sort of situations they would find themselves in next time. Especially considering there are some very interesting local delicacies in South America, including guinea pig in Peru.

Riding through South, Central and North America would make for a truly great route with dramatic mountain scenery, vast deserts and extremely tough roads. Visually, the journey could be sensational and there would be countless opportunities to stop in amazing places and interact with the locals. A journey from bottom to top would also offer a range of different, and sometimes extreme, conditions. It certainly feels like this is a route they need to complete to finish off what they started.