Wheelies and UK law: On and off the road 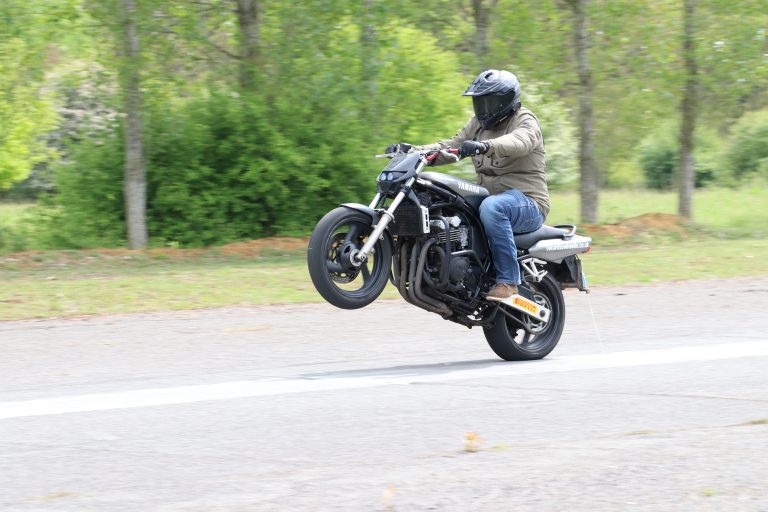 In 2019, ABR’s Managing Editor, Bryn Davies, was at the I Want to Wheelie school. With his new-found skill at wheelies, are these something he should be doing?

If you ride an enduro bike or a dual sport, a wheelie is, in my experience, easy. In fact, so easy they can happen by accident. I once took a 2012 Ducati Multistrada for a test ride and, rather foolhardily, told the Ducati salesman (a much wiser fellow than I am) to turn off all the rider aids.

Warily, he did so. My first overtake had my front wheel pawing the air and the remainder of the test ride was me trying to turn all the controls back on. A pity that I didn’t know switching the ignition off and on again reset it. D’oh. 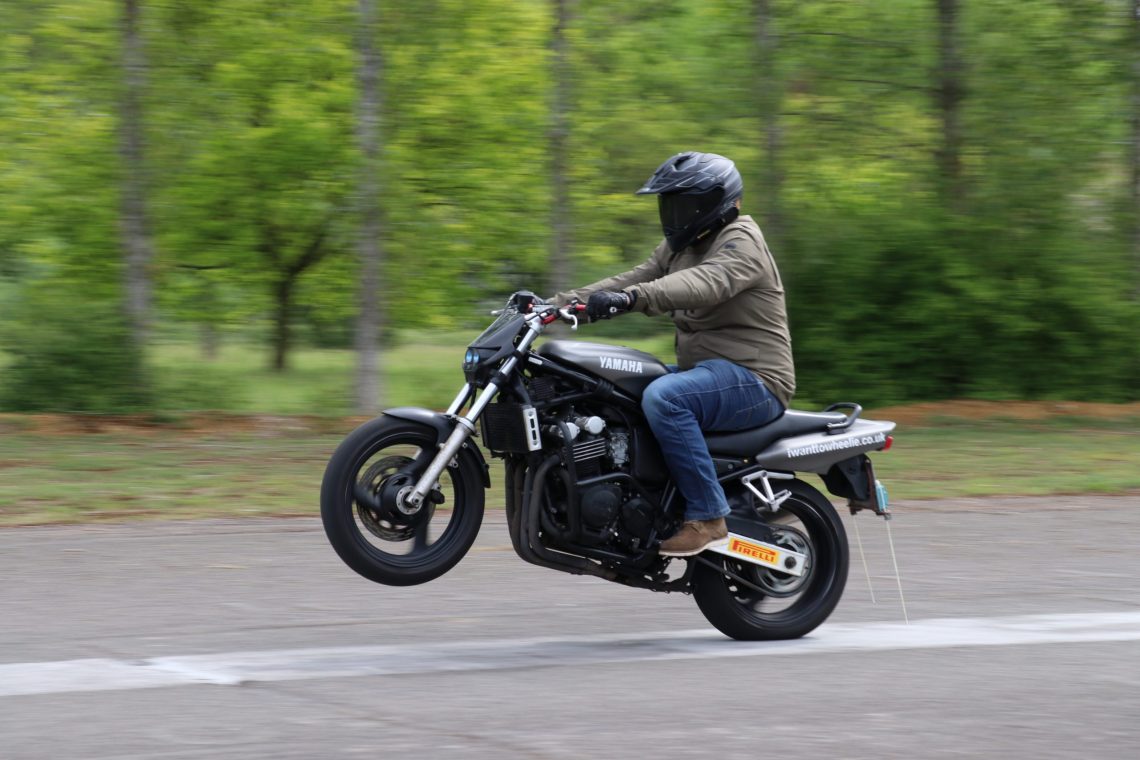 Learning at the I Want to Wheelie School.

On a light dual sport with luggage, it can be a bit of a struggle to keep the front wheel down and planted, but to avoid bother with the law, do not wheelie, no matter how much fun a wheelie is.

I have represented motorcyclists at about half a dozen Magistrates’ trials for wheelieing. In a couple, and by the skin of my teeth I have had a charge of without due care accepted in place of the usual dangerous driving.

The police evidence follows a well-worn path. A Police Class 1 motorcyclist gives unassailable evidence that a motorcyclist wheelieing has lost a great deal of his forward vision, and the more spectacular the wheelie, the greater the loss of forward vision. Most of your steering and a big chunk of your braking has also been lost. And, you have done this deliberately.

The Magistrates, who at this time look as though they are eating several pounds of lemons, are listening carefully to this highly qualified and credible police officer. Brace yourself for a year’s ban, minimum, an extended re-test for all classes of licence that you hold, and vastly inflated insurance premiums for five or so years. 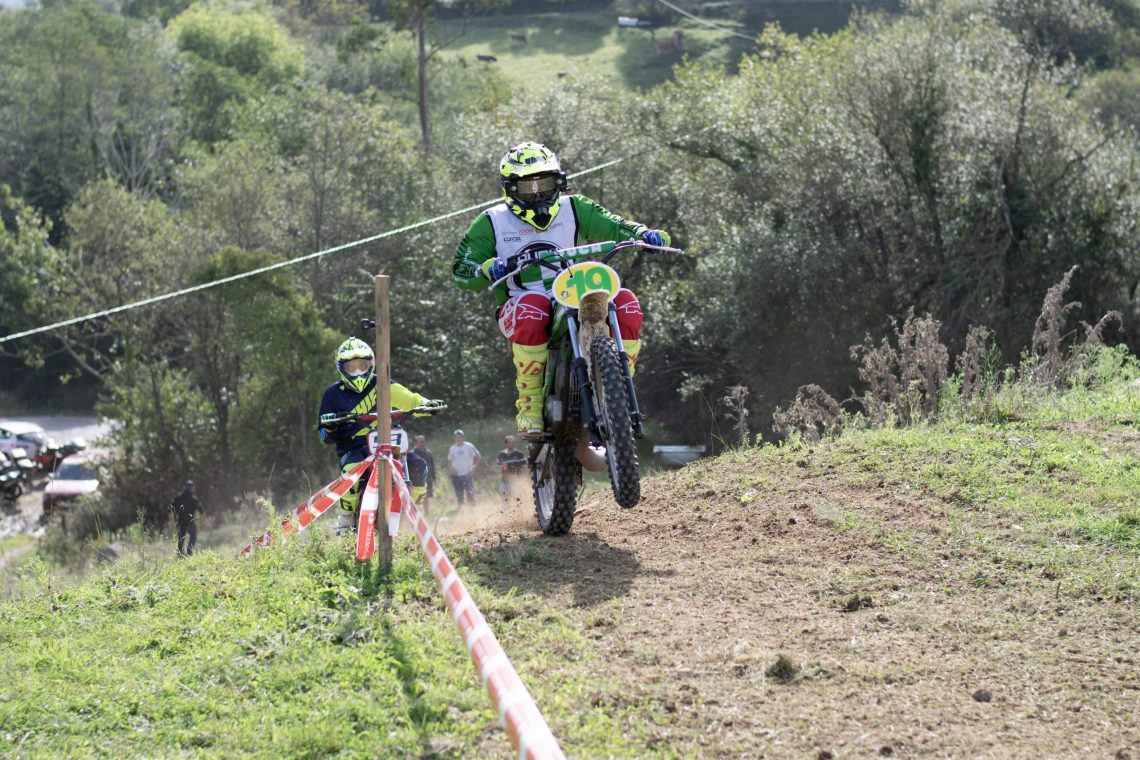 Unlikely to wriggle out of it

The two riders I managed to get down to ‘without due care’ (in one case, with a rather sympathetic police officer giving evidence), had the Magistrates accepting that the wheelie was inadvertent.

I know that an over exuberant throttle hand and a lively bike can lead to an accidental wheelie, but the odds of persuading a Magistrate’s bench of this is thin. The truth is, wheelies have no place on the road. Do not do them. 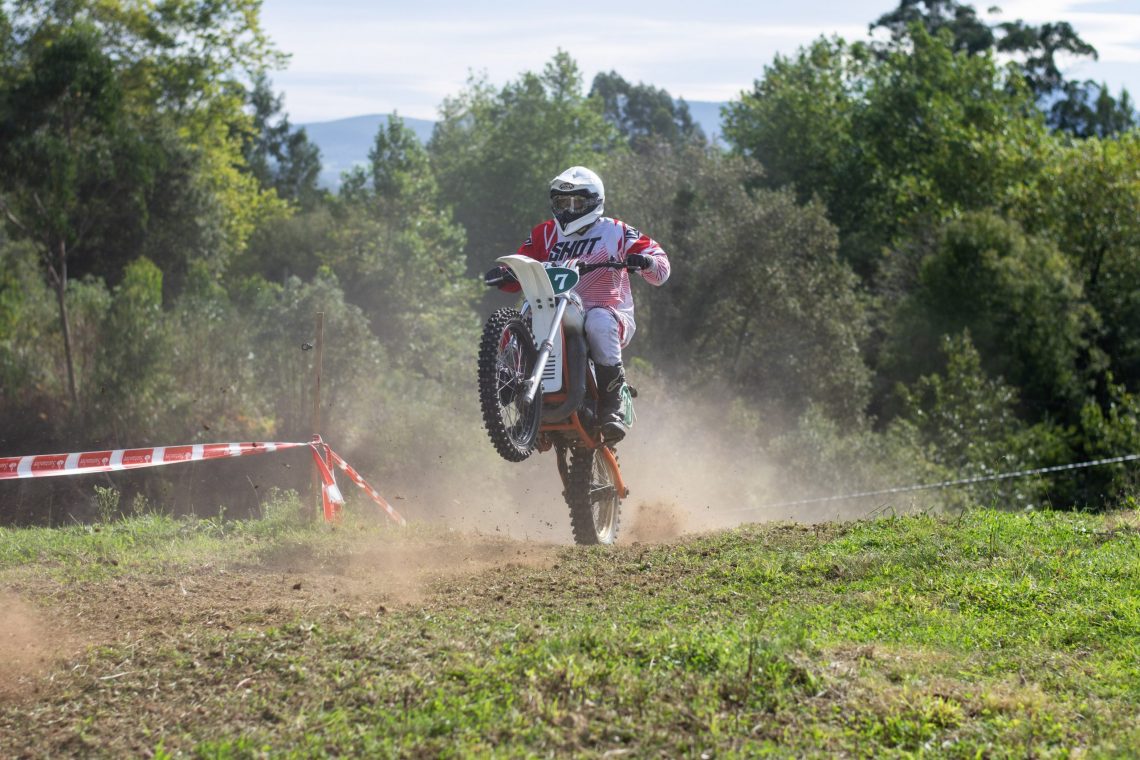 Wheelies on the trail

However, I am ostentatious in my slowness of approach. As delicate as I can be, in my ham-fisted way, in the use of the throttle, and mostly use bodyweight being shifted backwards to raise the front wheel in a way, which I hope, looks controlled.

I cannot however, guarantee this, and at least once, this time with luggage, I went through this entire process on the French Trans Euro Trail and made a complete pig’s ear of raising my front wheel.

Misjudging my speed, I crossed the obstacle well enough, and then 5m later was picking my bike up much to the amusement of my riding companion.

I suspect, if an English Police Officer had seen that on an English byway, I would have been facing a criminal charge, not because of any deliberate misbehaviour on my part, but a fundamental lack of skill.