Vehicle tax will no longer be transferable between owners 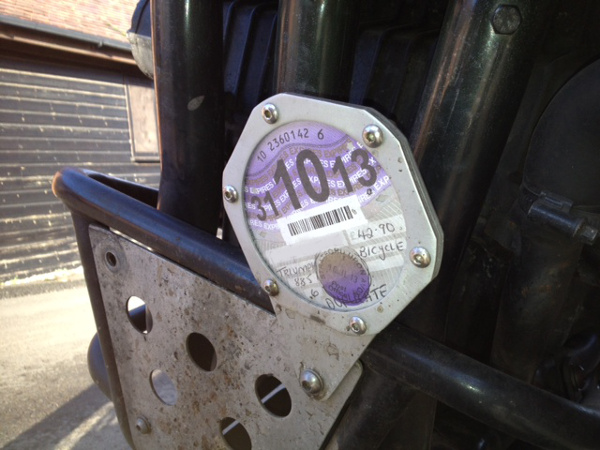 Vehicle tax will no longer carry over to the next owner from October 2014.

As the DVLA plan to introduce a paperless vehicle tax they have also revealed vehicle tax will not carry over to new owners if the vehicle is sold.

The DVLA will be scrapping the paper tax disc in October 2014 and along with the move to axe the 93 year old proof of vehicle tax, any remaining months of tax leftover will no longer be able to carry on to the new owner like it currently can. If you sell a vehicle you will be able to get a refund on the remaining full months, but if you’re buying then you could be in a bit of a pickle.

Come October, once a vehicle is sold to someone else it is no longer taxed and is therefore no longer road legal or insured. Of course this raises the problems of you not being able to get your new purchase home without a trailer until the ownership documents have been processed by the powers that be.

The DVLA is currently looking at ways of getting around the issue of being unable to tax a vehicle until the new owner has been officially registered, a process which can take days, and will potentially be giving buyers a short grace period to allow the changes to take place and the new owner to tax the vehicle.

The ‘Draft Clauses and Explanatory Notes’ for the 2014 Finance Bill, which included the revisions to the vehicle tax system stated the reasons for making vehicle tax non transferable:

While the reasoning behind the policy seems to make sense at first, the fact that you are able to check the tax status of any vehicle simply by heading over to www.taxdisc.direct.gov, is likely to see people raising their eyebrows.

While this has been the case for some time now, the fact that you now have no choice in the matter means that the tax man now stands to make a fair few pounds from non-refundable part-used months of tax.

Figures show that roughly seven million vehicles change ownership each year and, while there aren’t any figures on how many of those are sold with any tax remaining, if even a quarter of them, 1.75 million, are sold part-way through a month (for this example we’ll assume that they’re all sold at the half way point of a month) and we assume that the average road tax per month is about £13 (so for half a month it’s £6.50), then that’s an extra £11,637,500 raised through road tax that people haven’t even used.

Got something to say about this article? Leave a comment below!