The bike is a hybrid of scooter, commuter, tourer and adventure bike and seems to have been privy to a series of alterations since it was last seen as a concept version.

These include the addition of radial front brake calipers, a slightly different exhaust and larger hand guards. Significantly, the bike has also seen the inclusion of reflectors on the fork legs and wire-spoked wheels. 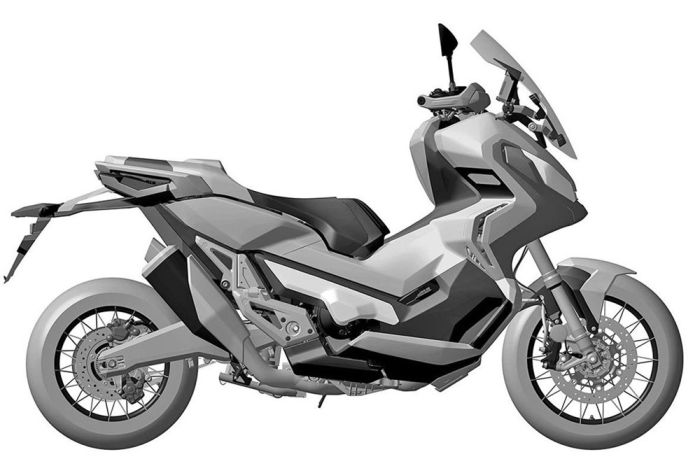 It is widely anticipated that the scooter will take its power from the same engine that is found in the NC750, although it is likely to be tuned slightly. There’s even talk of the bike featuring Honda’s DCT semi-automatic gear box.

The motorcycle may have the “adventure look” but there are sure to be many of you questioning the bike’s actual off-road capabilities. Fair point. Having said that, there are countless videos out there showing just how capable mopeds can be…

It is thought that the motorcycle will start hitting the production line in 2017 but in the meantime, let us know your thoughts on the concept…