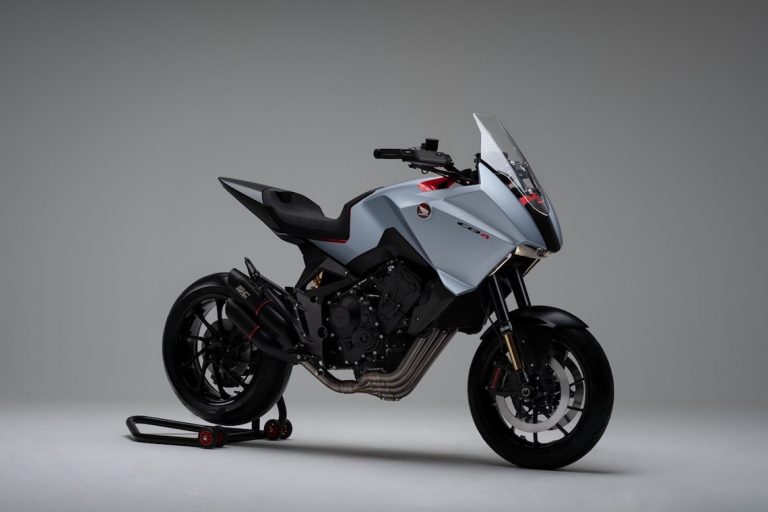 Honda used the backdrop of the EICMA motorcycle show in Milan this week to reveal an eye-catching new adventure sports bike concept.

The Japanese manufacturer revealed very little about the CB4X Concept other than the fact it is a four-cylinder, adventure-styled crossover bike, designed to tackle urban riding, weekend blasts, mountain passes, and even some long-distance touring. 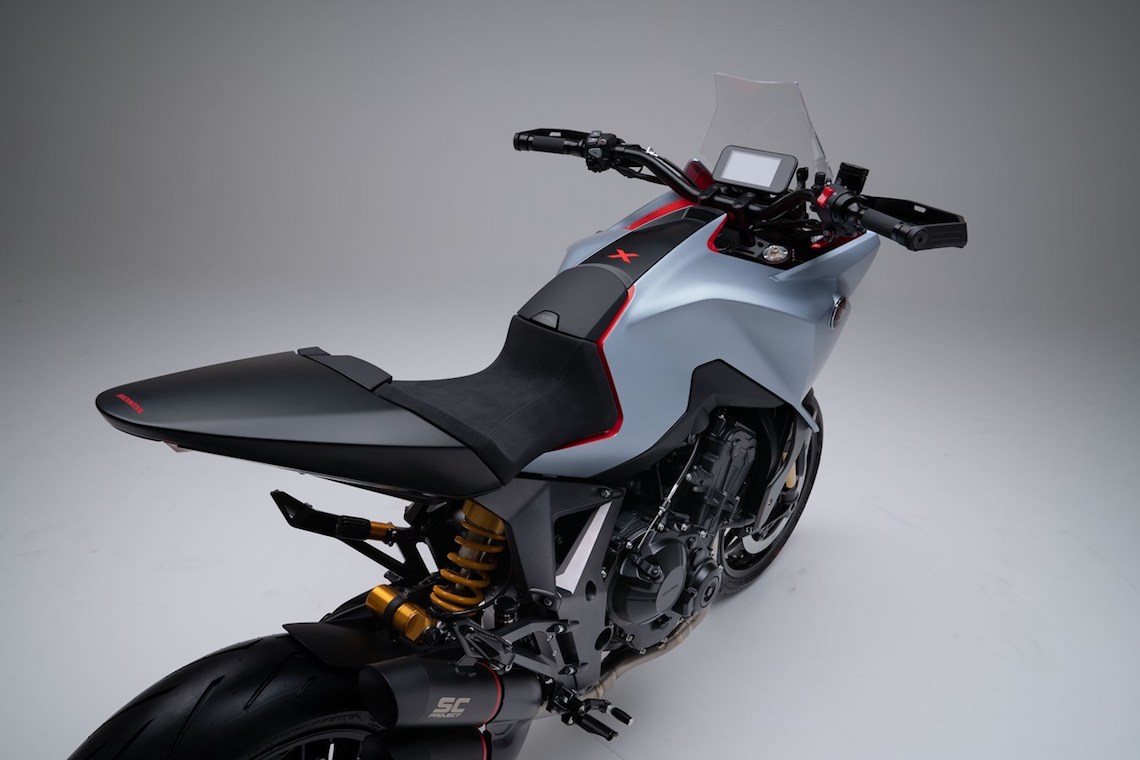 The bike was designed around a ‘fun seven days a week’ theme, with the X in the name likely emphasising the bike’s touring attributes and adventure styling, in a similar way to Honda’s CB500X and the NC750X models.

There is no news about if or when the motorcycle may go into production, although if it does, it will be up against some stiff competition in the adventure sports market from the likes of the Yamaha Tracer 700 and the new BMW F 900 XR. 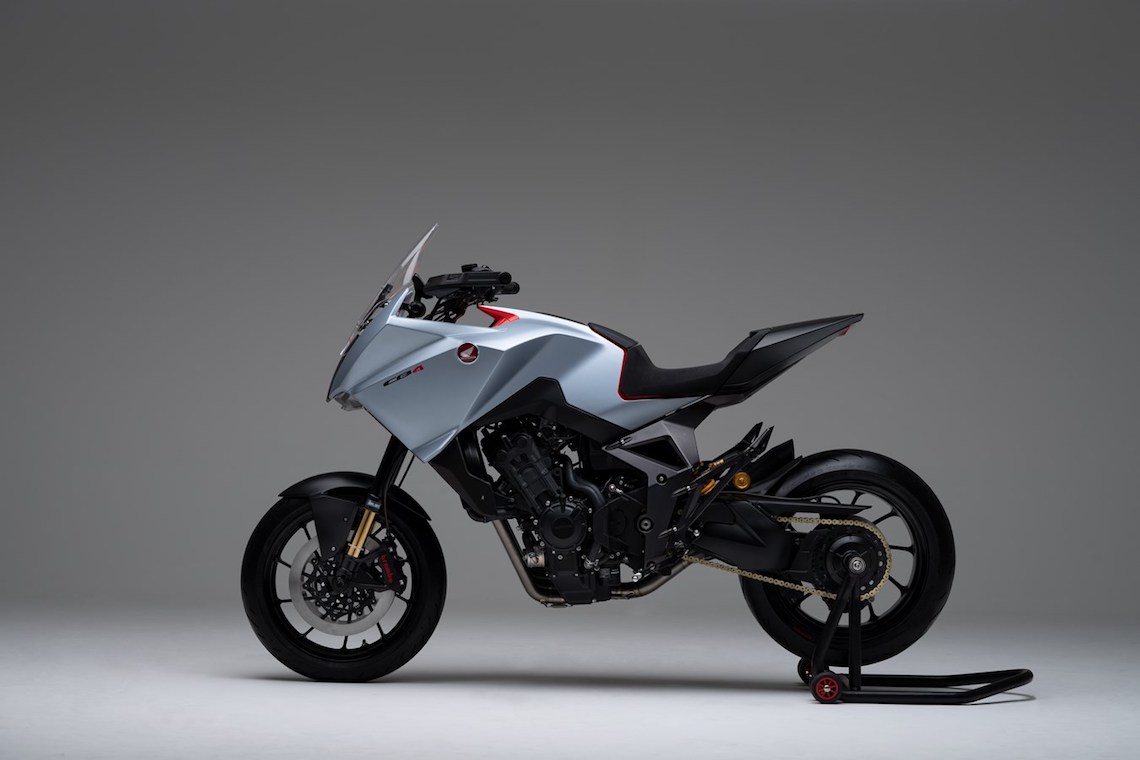 The CB4X’s predatory stance and sleek lines certainly make it an eye-catching proposition and we’d certainly be in the queue for a test ride if it ever makes it to dealership floors.