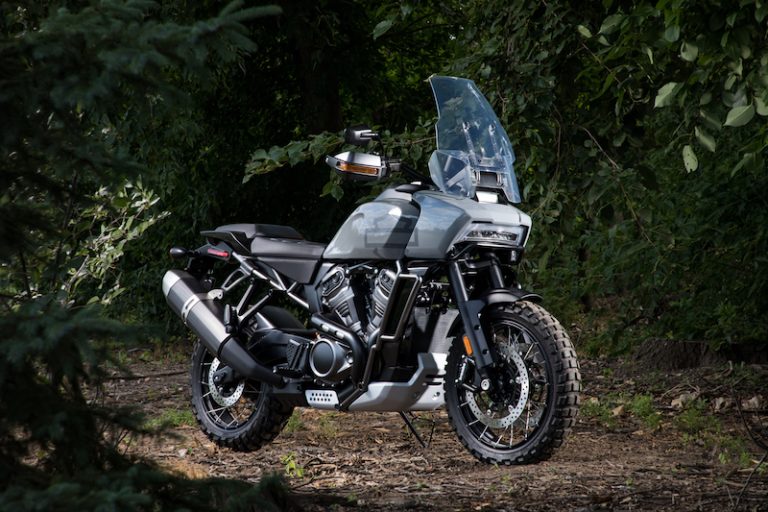 Harley Davidson has announced that it will be launching a new adventure motorcycle, the Pan America, in 2020. In a press release that was sent out on Monday afternoon, the company outlined its ambitious plans to fuel growth. These included tapping into different areas of the motorcycle market by manufacturing styles of bikes that aren’t typically Harley Davidson.

The uniquely styled adventure bike, which is the first Harley Davidson of its kind, will be named the Pan America, and the company has some big plans for it. According to Harley Davidson, the bike will have a commanding riding position which will allow the rider to “see the world from another point of view”, while having the ability to “travel coast-to-coast. On road or off. All while experiencing your own adventures”.

Style-wise, the bike’s certain to get people talking, though the model shown in the image above is a prototype, and it’s likely that the production model will be different.

Little is currently known about Harley Davidson’s Pan America, other than it’s being tipped for a launch in early 2020, and it will feature an all-new 1250cc engine. Judging by the released image (above), the bike will also have USD forks, Brembo brakes, a high touring screen, hand guards, and a beefy-looking bash plate that gives it an adventurous off-road-ready look.

With the engine capacity that it’s going to have, and Harley’s positioning in the market as a premium manufacturer, we’re expecting the Pan America to be battling it out with the likes of the KTM 1290 Super Adventure, BMW R1200GS Adventure, and Ducati Multistrada 1200. With this in mind, although there’s no news on a pricetag just yet, we’d expect upwards of £15,000.

While this will be Harley Davidon’s first foray into the adventure motorcycle market, there’s no denying that the company knows how to make comfortable touring bikes, like the Ultra Limited. If they can transfer some of that knowhow to the Pan America, then it’s going to be a very interesting bike indeed.

We’ll have more details about the bike as they become available, and you can check the official Harley Davidson website for more information.

What do you think of the Harley Davidson Pan America? Can you see yourself being tempted by the company’s adventure bike offering upon release?