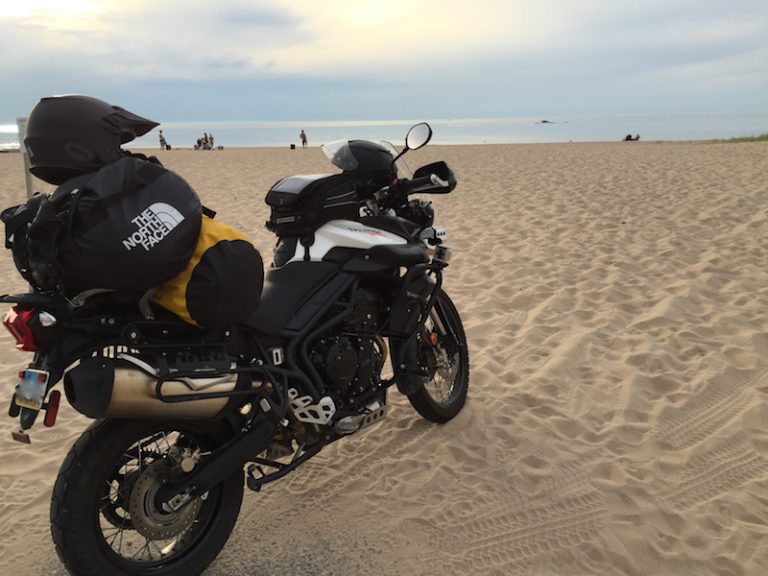 If the nightly news is any indication, it sure seems like a great time to hand in your two weeks’ notice at work, apply for those travel visas, throw a leg over that adventure machine sitting in the garage, and tear off into the sunset to explore uncharted lands.

Perhaps the most recent motorcycle fantasy you’ve had is pointing your iron horse towards South America, and making it a goal to reach Tierra del Fuego? Or maybe it’s tearing up those knobbly tyres on remote mountain roads in the Vietnam Ha Giang Province, on the border of China?

Unfortunately for a majority of us adventure riders, those images aren’t necessarily grounded in reality. There are bills to be paid, families to support, schooling to be completed, and work to be done; quite frankly a multiple-month long journey just isn’t realistic for the majority of us.

Here’s my response to that hypothetical – who cares!? Of course, it’s fun to fantasize about those trips where you and your riding buddies set off to circumnavigate the globe. It’s fun to outfit your bike to be capable of such a journey. It’s fun to talk about it with your riding companions. But what most adventure riders look forward to is the extra-long weekend where we can sneak away from our daily lives to feel like explorers and conquerors of new lands, even if we know it’s only for a few days. 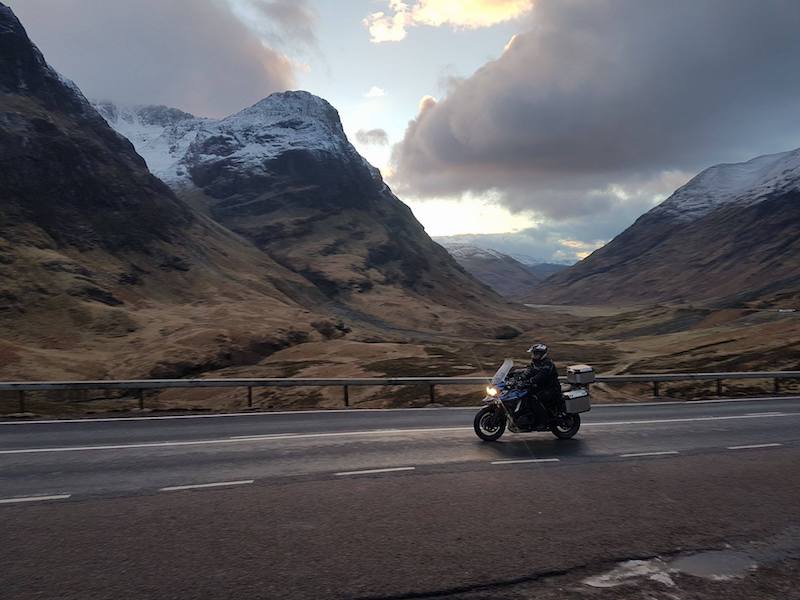 If you live in the UK, a quick trip up to Scotland is the perfect weekend adventure

A few summers ago, I learned that an acquaintance of mine from high school had a motorcycle. Not only did this guy have a motorcycle, but he too was afflicted with the same relentless passion for riding and experiencing new and different areas of the country.

After previously having not said more than a hundred words to each other at a time, we began planning a motorcycle trip. Did our motorcycling relationship move a little too quick? Perhaps. But riding buddy options are pretty limited in the early 20s age range.

Regardless, being that we were separated by 400 miles, myself in Minneapolis and Jacob in Chicago, and the fact that we only had a long weekend to work with, we decided to venture towards Michigan, a state that remained for me, unexamined.

I organised my gear, changed the oil, and loaded the panniers on a Thursday night, and I was off by 6:00am the next morning – headed to Chicago. After battling the rush hour traffic on I-90, and in doing so, narrowly avoiding death more than a few times, I pointed the bike towards my buddy’s apartment.

After an embarrassingly long night out in Chicago, where I admittedly spent more money than my total fuel costs as it would turn out, we took off midday for Michigan; leaving Chicago, heading south via Michigan Ave, flanked on all sides by skyscrapers and the morning rush hour stragglers. 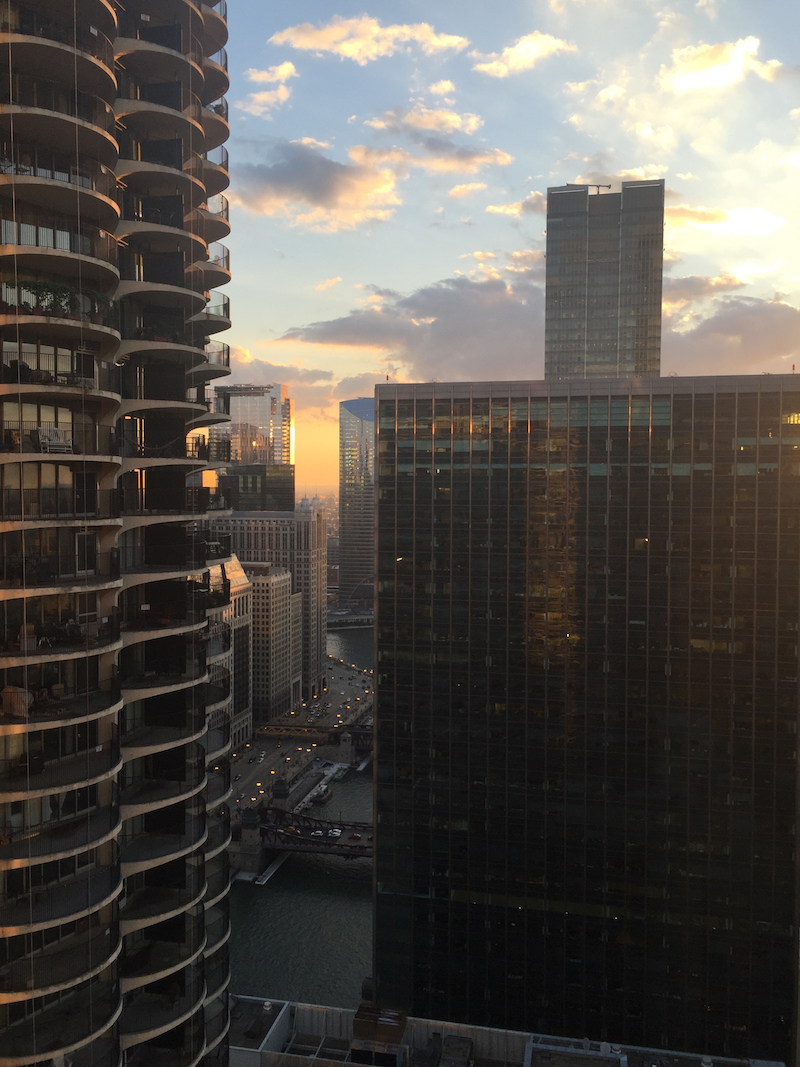 People’s inherent interest in motorcycles never ceases to amaze me. Nearly every petrol station seemed to greet us as we voyaged across Indiana and into Michigan. When refuelling, four-wheeled travellers seem to just naturally wander towards you and look on with an expression reflecting something of fascination, jealousy, and maybe even a hint of skepticism. Nevertheless, a conversation always seems to subsequently bloom.

Indiana locals are no exception, and new connections with people were made at nearly every stop. We spent a great deal of time at petrol stations, roadside restaurants, and campsites talking to curious onlookers, with their eyes fixated on the pile of dry bags affixed to our bikes, that they just can’t seem to believe held within them all of our camping and riding gear. 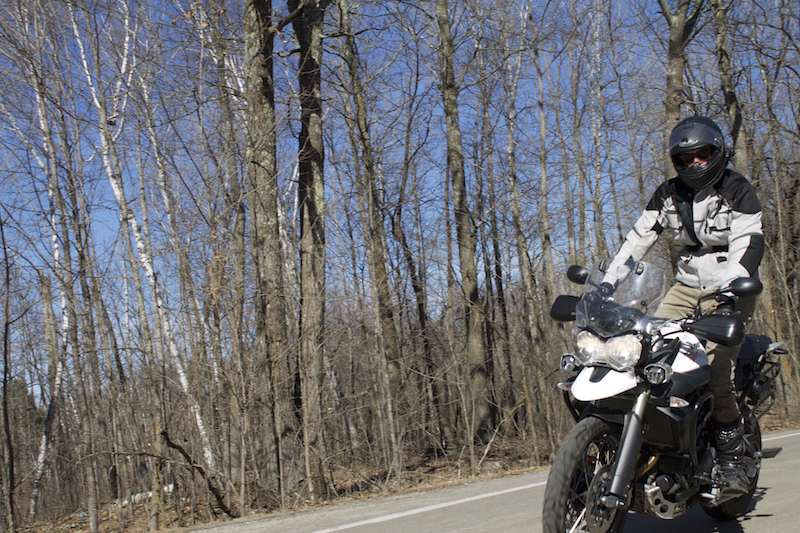 After turning north and leaving Indiana, we followed the coastline of Lake Michigan, the second largest by volume of the five Great Lakes, as we made our way northward. Stopping for petrol in a town called Manistee, we continued onward, determined to make it a couple hundred miles further that evening.

Leaving Manistee, we were compelled to turn around after passing a small inconspicuous sign indicating a historic lighthouse was nearby. The road the sign was situated on led us to a breathtakingly pristine beach with a long pier stretching out into the chilly waters, and yes, even a lighthouse at the end of it. 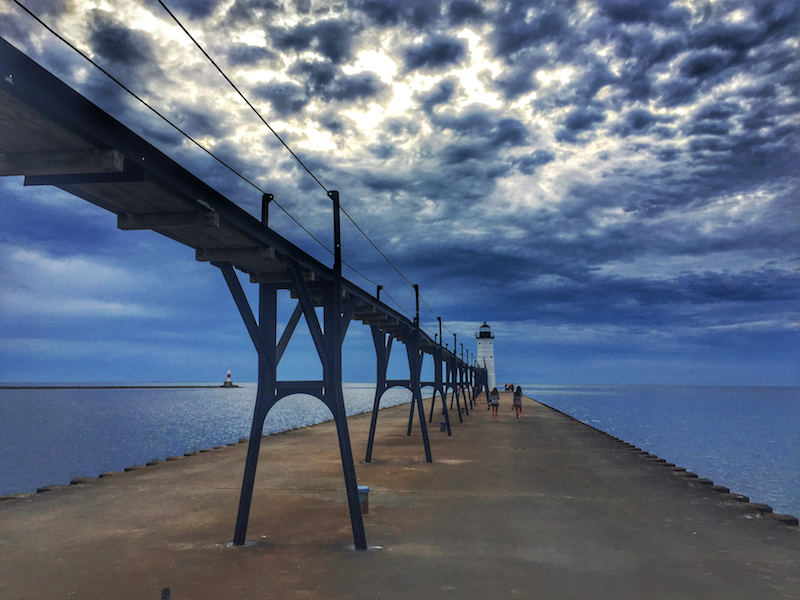 No words were spoken, but it was seemingly mutually understood that we would be spending the rest of our evening here, as opposed to continuing up Michigan Highway 22.

The next afternoon, Jacob and I parted ways, he turned around and returned to Chicago, nearly a ten-hour journey for him. He later informed me that he ended up having to wait out a sudden summer thunderstorm passing through Indiana that evening.

I decided to continue up the coast of Michigan towards Mackinaw City, crossing the Mackinac Bridge, a five-mile bridge which connects Michigan to the Upper Peninsula. The weather quickly deteriorated and I found myself amidst fog and a light mist, traveling alongside Lake Michigan, through dense conifer forests. Picture Vancouver Island, British Columbia, minus the salty sea air.

I don’t remember every detail with perfect clarity, but I know that the memory of this forty mile stretch of road is etched in my eyes and mind. As adventure riders, we have all experienced ‘it’. Those experiences, often only measured in a few minutes, where everything seems to come together and make for riding bliss.

This short section of road was undoubtedly worth the extra four hundred miles I decided to tackle when choosing to return to Minneapolis through the Upper Peninsula, as opposed to returning through Chicago. 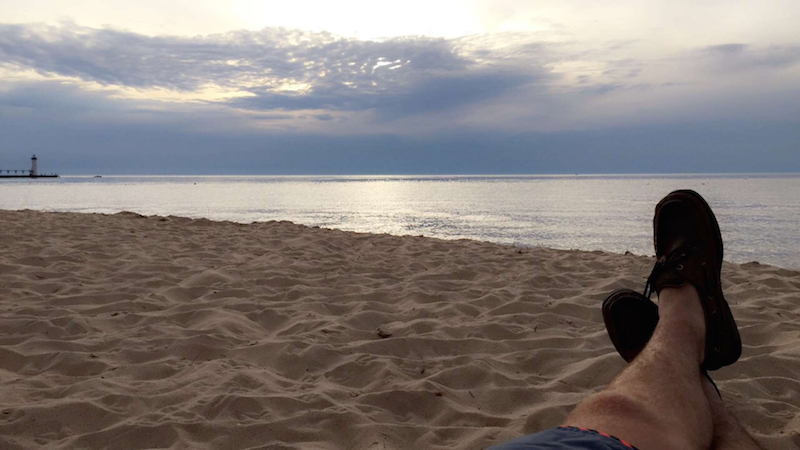 Having a proper adventure doesn’t require weeks of planning and months to execute the journey itself. A proper adventure can take a number of different forms; it can be had over the course of a weekend. A long weekend traveling with a great friend can be as fulfilling as a trip across the globe.

Each journey, although different in their duration and level of expense is fundamentally the same; the only requirements are a vision and a passion for adventure.