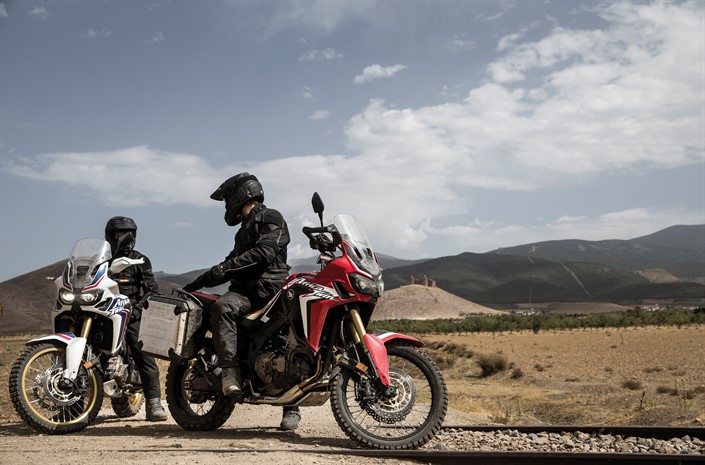 It’s official. The Honda CRF1000L Africa Twin is the best-selling adventure bike so far in 2016 according to registration figures from the Motor Cycle Industry Association.

In January the Africa Twin saw registrations top out at 115 which was followed by a strong showing in February with a further 66 people registering their new machine.

The news comes as the adventure bike sector sees continued growth with an increase of 12.9% last month compared to February 2015.

As well as being the most registered motorcycle in the adventure sector, the Africa Twin also tops the list for most registered bike in the 651-1000cc category for both January and February.

The news probably won’t come as a surprise to many following a substantial effort from the Honda PR machine for the past 12 months and the revered status of the original Africa Twin range.

A widely positive reaction from the motorcycle press will have also done the sales of the Africa Twin no harm. Talking about the motorcycle’s adventure prospects in our own review in issue 32 Alun Davies said: “The true adventure bike for the RTW overlander. Road, piste or rocky trails, this is the do it all bike. And we’re not expecting reliability issues, it’s a Honda after all.”

Honda’s success doesn’t stop there.  The Japanese manufacturer is also having success in the trail/enduro sector with the CRF250L being the most registered motorcycle in December, January and February respectively.