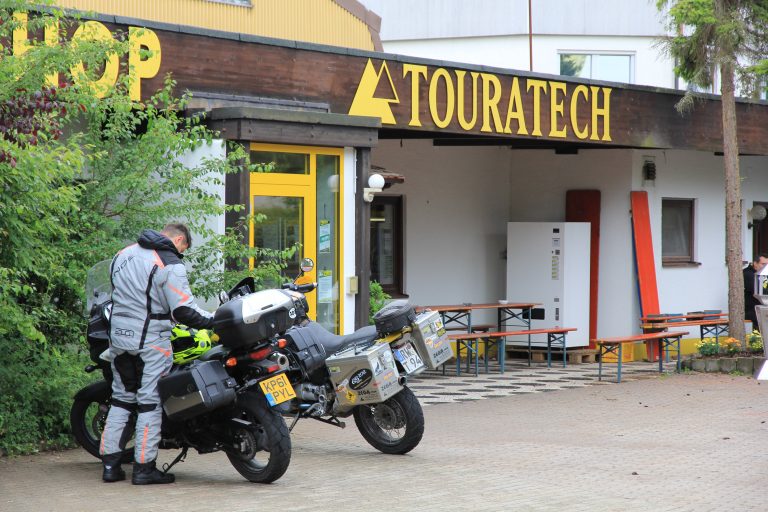 After filing for insolvency in August, Touratech has found an investor, with the takeover scheduled to take place on 1 January 2018.

The search for a buyer had been ongoing since 1 November, when the district court of Villingen-Schwenningen opened the insolvency proceedings for the popular German motorcycle accessories manufacturer.

This new investment will secure the immediate future of the brand, along with the jobs that it created, specifically in the small town of Niedereschach, which Touratech calls home.

Insolvency administrator Dr. Dirk Pehl, from Schultze & Braun, signed the purchase agreement for Touratech on Wednesday 6 December, and he went on to say; “The acquisition is a very good solution for Touratech. We have found the ideal partner.”

“Touratech employees, who have done an excellent job over the past few weeks, can look into the future with confidence. I want to thank the customers for their incredible loyalty.”

The investor which has stepped up to save Touratech from uncertainty is Happich GmbH, a leading interior designer and accessory manufacturer for commercial and special vehicles.

A statement released by the company on Friday announced that; “Happich will continue the previous business model of Touratech, and will preserve both the location and the jobs on site.” While Marc Pelzer, Managing Director of Happich, said, “Touratech complements our previous product portfolio perfectly. I am looking forward to this new task.”

While it’s all looking good for Touratech, its employees, its network of distributors around the globe, and fans of the brand, the agreement is still subject to several precedent conditions, which must be met before the acquisition is finalised.

Touratech filed for insolvency on 10 August 2017 after the delayed implementation of a new logistics centre, which was needed due to increased demand, led to problems with logistics and production. This then led to production and supply losses, and eventually insolvency.