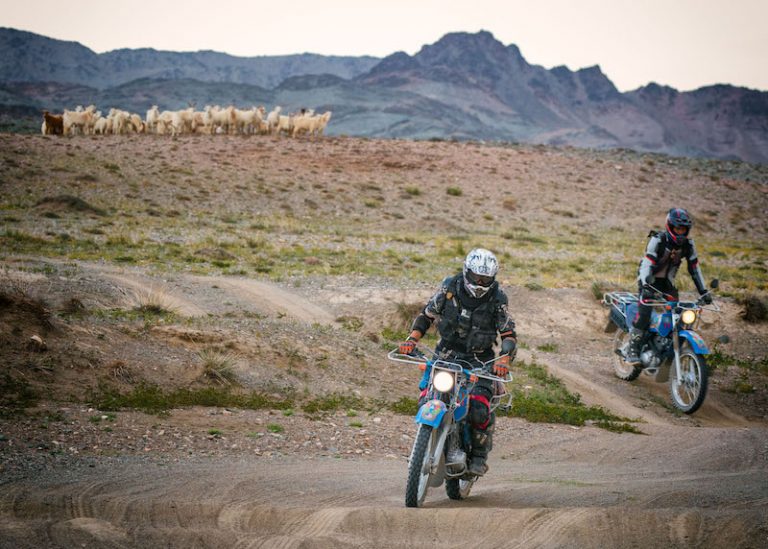 Five years ago, retired U.S. national park ranger Bob “Mac” MacIntosh was visiting Lake Hovslgol National Park in northern Mongolia, assisting rangers there with park management issues. As they met about mapping trails and species, a call came that someone was actively poaching in the area. The lead ranger leapt into action and jumped on his dated Russian motorbike. That was as far as he got. The bike wouldn’t fire, the ranger could not do his job. Another successful poaching. Angered by what he witnessed, 70-year-old Mac pronounced “I’m going to buy you a new motorcycle and ride it here myself to give you.” On that sentiment, a movement was born – Rally for Rangers. After three rallies and thousands of kilometers off road, adventure riders from all over the world have delivered 45 new Yamaha AG200s to 45 park rangers in six national parks across Mongolia.

This is their story in pictures… 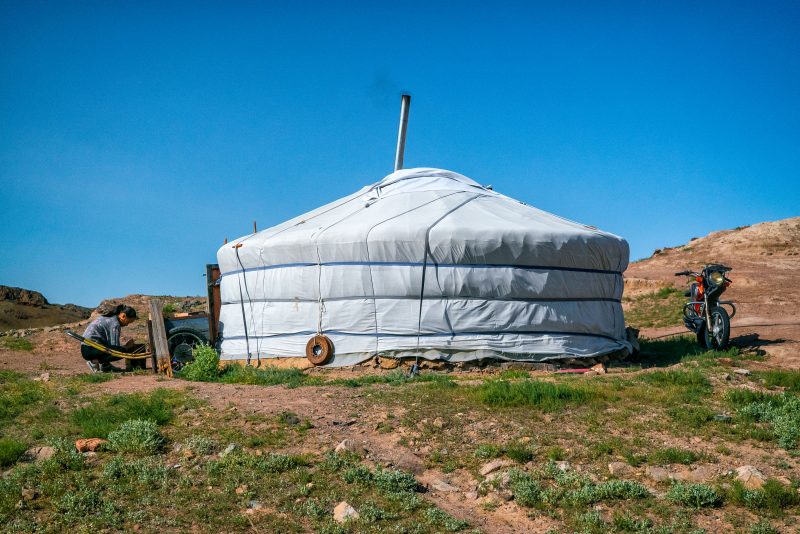 Mongolia is a motorcycle culture. Once you leave the developing metropolis of Ulaanbaatar every ger (yurt-like home) has two things – a horse and a motorcycle. 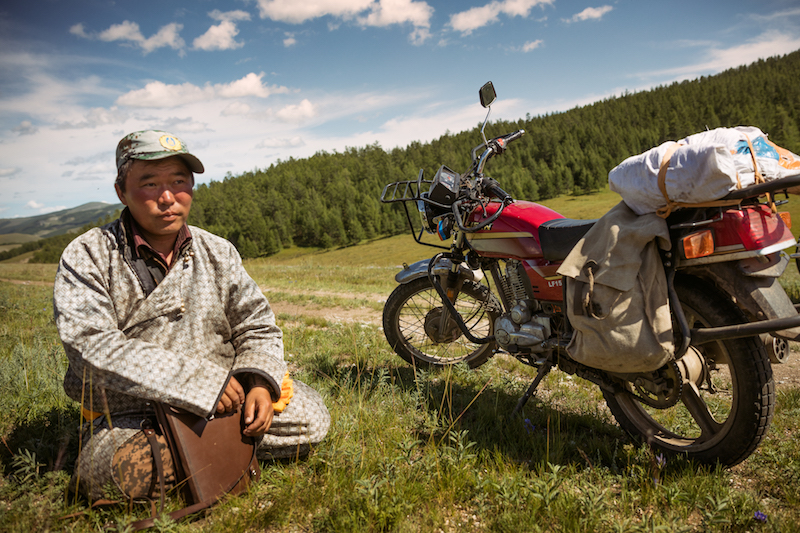 Park rangers patrol vast territory with dated equipment included old motorbikes, canvas shelters, and little else. Their work to address poaching, illegal mining, and mapping enormous swaths of wilderness is made more difficult by this lack of necessary gear. Rally for Rangers Foundation is changing that. 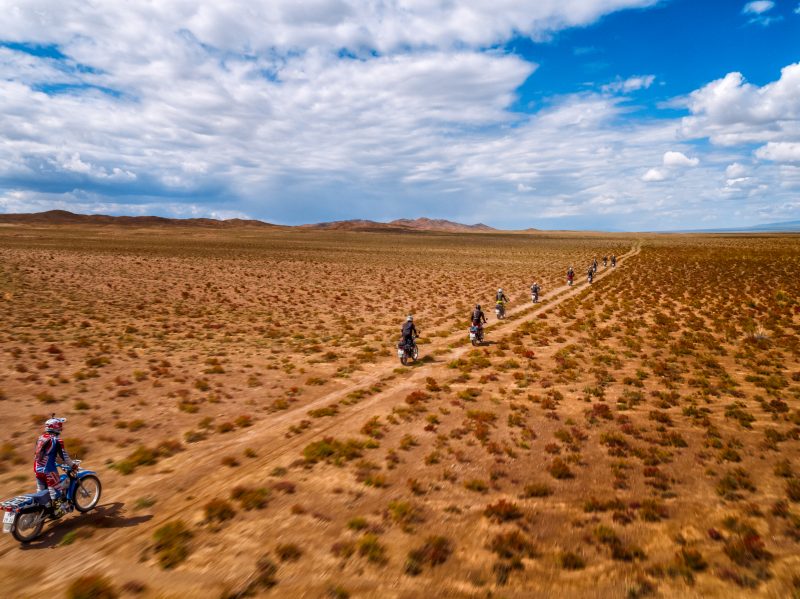 In late August ten riders headed into the seemingly endless and daunting Gobi Desert to deliver ten new motorcycles to the park rangers who need them. 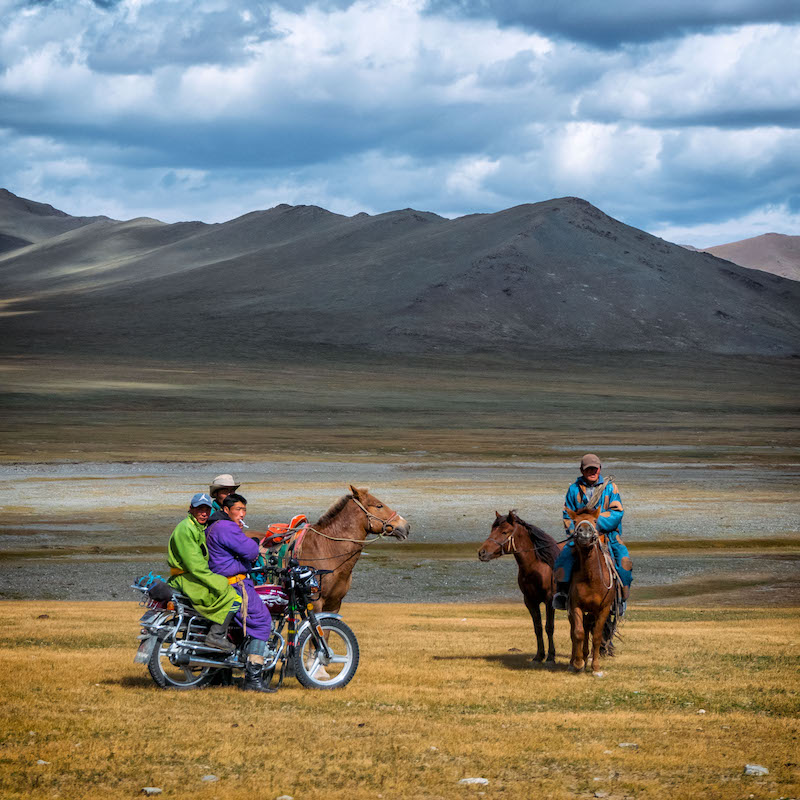 Wayfinding in Mongolia is an ever present challenge. With official few roads, the landscape is crisscrossed with a spider web of two track lanes and single goat trails. Even our native Mongolian guides had to routinely stop for local knowledge and directions. Thankfully, the warm and rugged nomadic people are always quick to help. 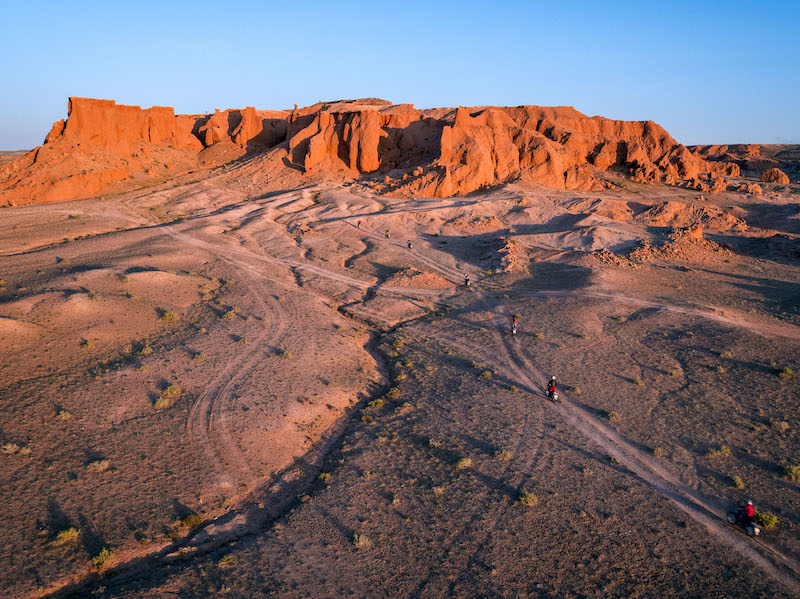 Rolling up on the Flaming Cliffs at sunset the team was overwhelmed by the beauty and history of this important landmark, site of significant paleontological discoveries including the first dinosaur eggs and velociraptor species. 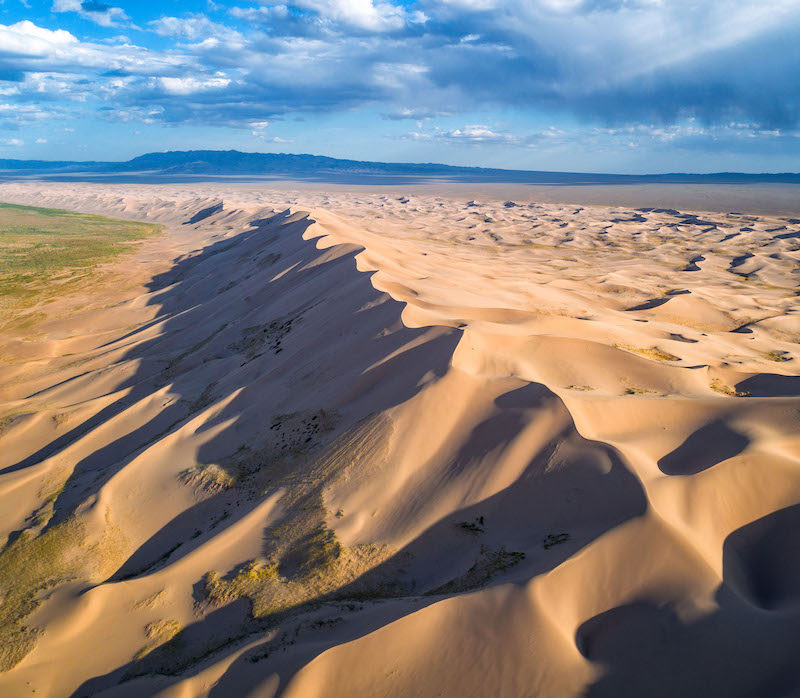 Some of the most challenging riding on the eight day trek were the stretches of deep sand. The counterpoint to that challenge was the stunning beauty of Singing Sand Dunes. Fortunately the rally didn’t have to traverse the dunes but spent a good bit of time playing in their brilliant white sand. 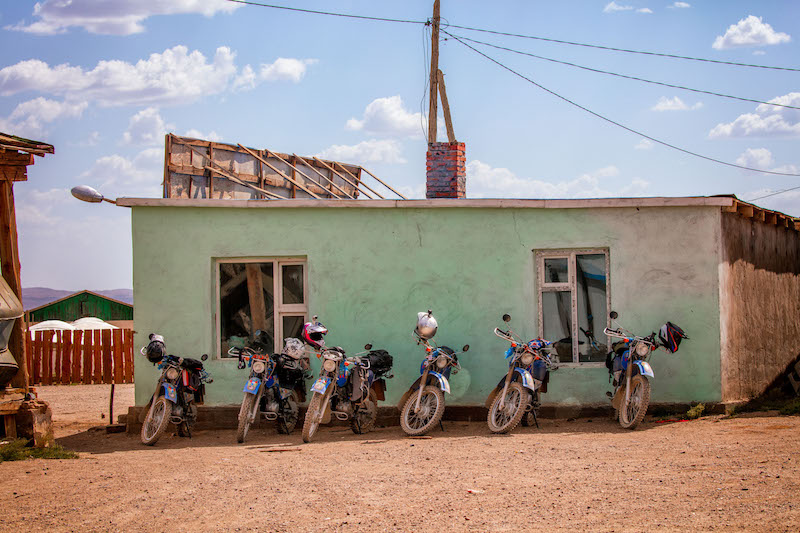 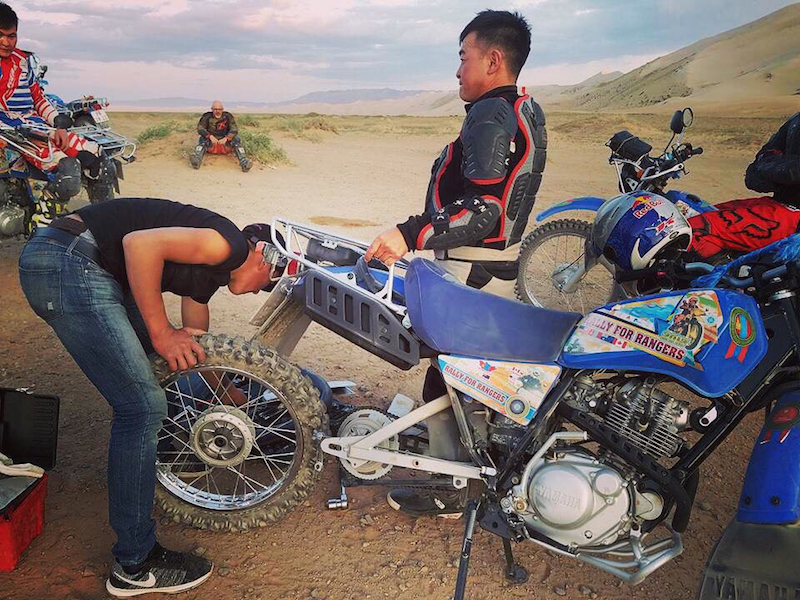 Given the rugged and harsh nature of the terrain, pinch-flats and crashes were not uncommon. Eight of the ten bikes and riders eventually hit the ground, with fortunately just some minor bruising and limping as a result. 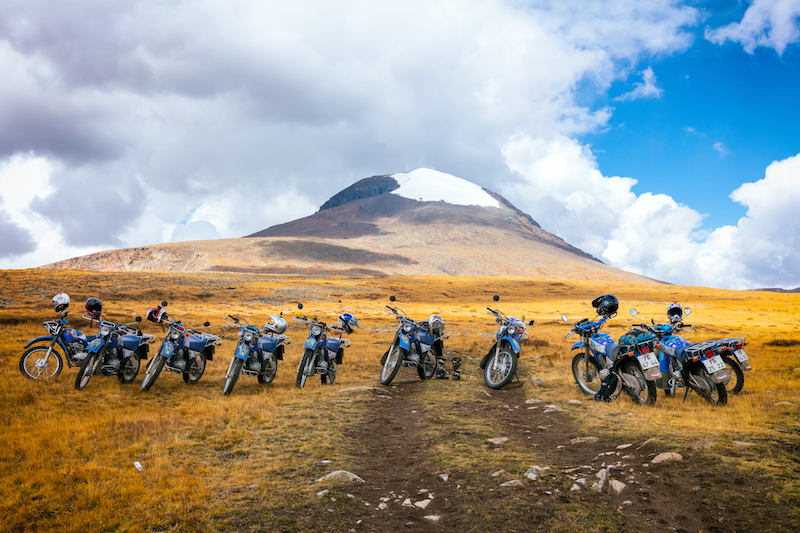 As the rally approached its final destination of Mount Otgontenger the elevation changes brought new terrain and weather patterns including rain, sleet, and snow. Desert riding gave way to mountain passes, river crossings, and increasing crashes due to the fatigue of the 1,500km already covered. 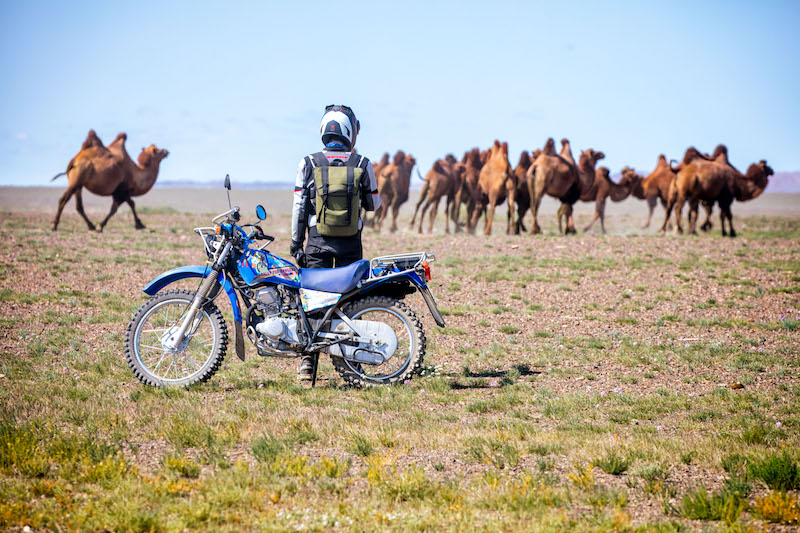 Few things compare to the overwhelming emotion of the physical and mental challenges overcome, and the joy of presenting a critical new tool to a dedicated protector of threatened species and landscapes. 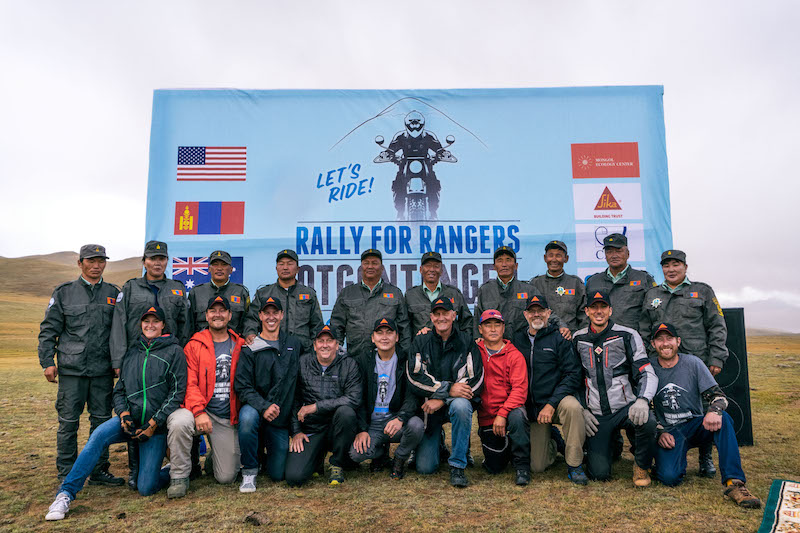 To date, 45 motorcycles have been donated in six national parks across Mongolia. In 2018, 15 additional motorcycles will make their way to Altai mountains where ranger await. In addition, 15 bikes will also find a new home with park rangers in Patagonia, as Rally for Rangers branches out and begins to cover the globe. Protecting the worlds special places one motorcycle at a time. If you want to join or support this effort, find more information on the Rally for Rangers website. 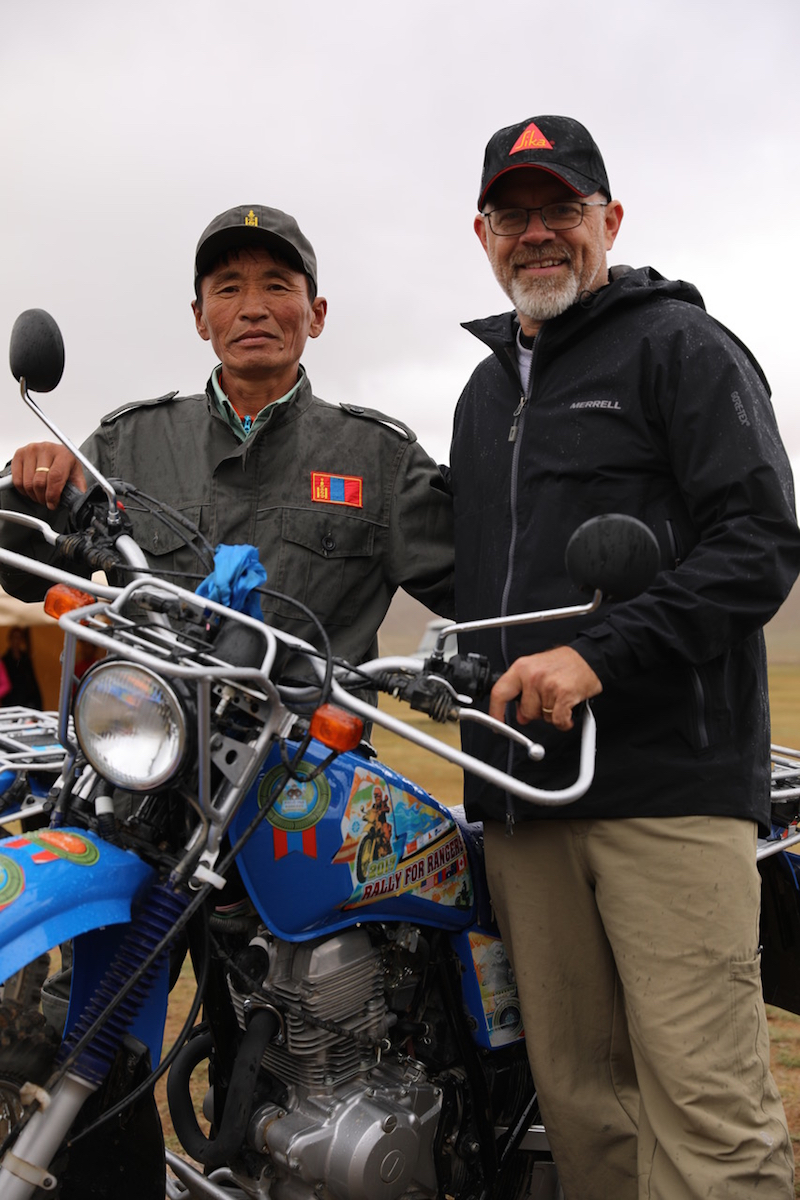 The author and his ranger, September, 2017