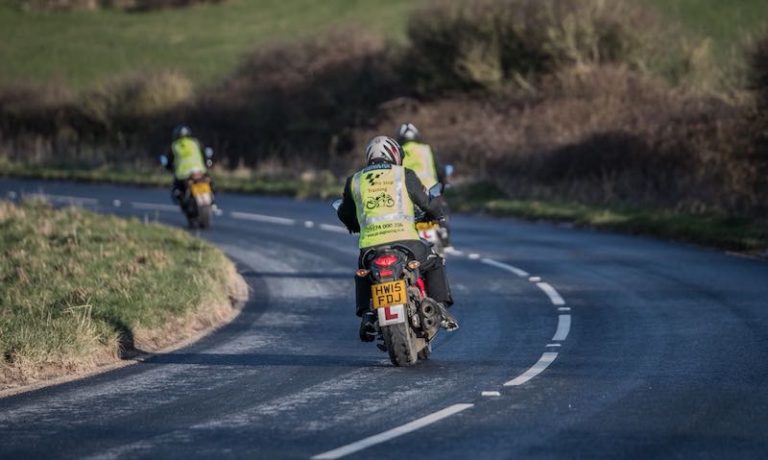 The mildest place in the UK they said, it’s nearly March they said. It never snows on ‘the island’ they said. Well it turns out none of this was true. Four days in, -5C and the most snow the Isle of Wight has seen in six years wasn’t going to deter Dan and Alex from completing their full motorcycle licence.

After speaking to Paul Spreadbury at the Carole Nash & MCN London Bike Show, we arranged to head to Isle of Wight and complete our long overdue tests with Pit-Stop Training.

The rocky ferry over gave us an inkling of what was to come, but nothing could truly prepare us for the ‘Beast from the East’. We pulled into our first hotel, the historic ‘Albert Cottage Hotel’ in East Cowes where we planned our opening day by the warmth of the log fire.

The next morning was all about blowing off the cobwebs, getting our arses back on bikes and building our confidence back up from at least a year motorcycle-free. For this, the ever enthusiastic and highly competent Paul took us for a tour of the island from Cowes in the north, to Compton Bay and Ventnor further south.

We picked up the knack of road riding again quickly and we upgraded from the 125’s to the 650’s in no time. Next was the motorcycle test training. Cones, cones and more cones. 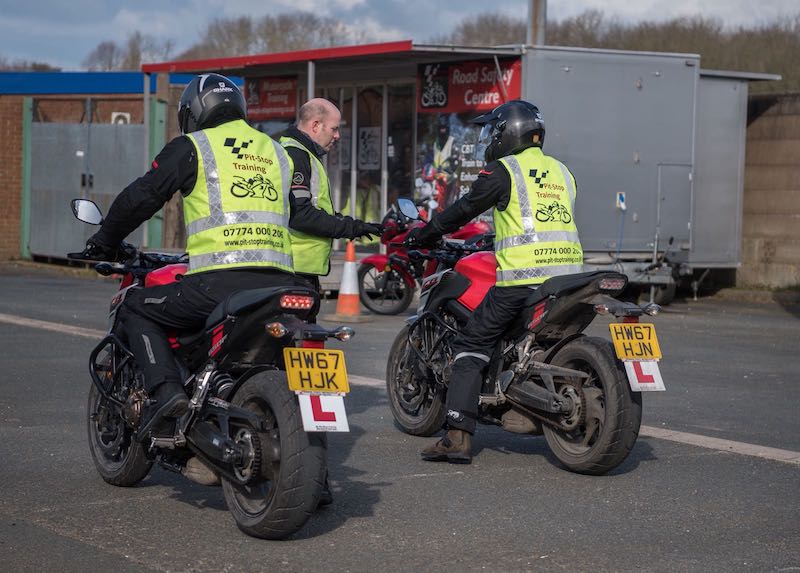 Slalom, figure of 8, u-turn and slow riding were the order of the afternoon and after a few foot downs, near drops and kicked cones, we were both confident enough to move onto the speedier and more exciting parts of the module one test training.

For this we took a 15-minute, Arctic ride to an area that Paul uses to try his pupils out on the emergency stop, swerve test and controlled stop. Although the temperature was bitterly cold, ice was minimal and we could try out these parts of the test safely and with confidence, hitting 30mph and then slamming on the brakes and dodging the oncoming cones. Shame nobody told our fingers and toes, which were quickly numbed as they took the brunt of the higher speed drills, and we quickly nailed them so that we could dive into a pub for warmth.

A few days of tackling the weather, intense wind and exposed roads had us feeling prepared for anything, but as Friday (module one test day) came around, the Beast had bitten, and it was a ‘wight’ out. 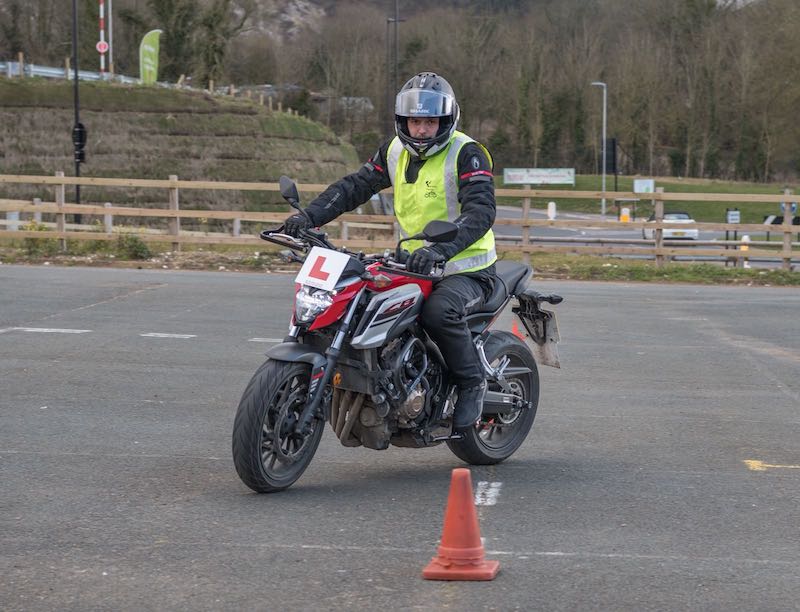 After some quick thinking from ‘Spreaderz’ that morning, strings at the DSA were pulled and he rearranged our motorcycle test for the following Monday by which time the incoming rain should have washed away the snow and ice.

In the meantime, after taking some terrible travel advice from some guy called Google, we made it through the black ice and snow drifts (just) to our next hotel ‘The Seaview Hotel’ in the lovely little town of Seaview.

With the extra time to plan for our module one test, we were confident of the new schedule and could hit the sack that night excited for the weekend ahead.