Explore 5 iconic British bridges on this motorcycle route through Wales 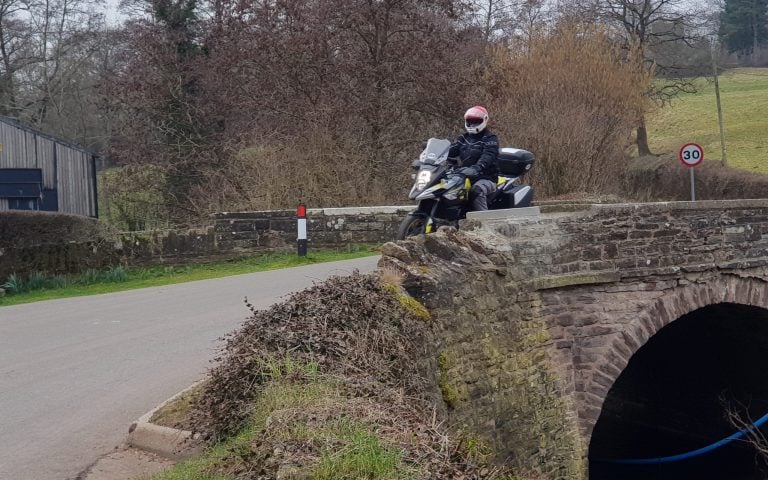 When I was a young lad, I’d often travel from Stratford upon Avon to South Wales to visit family that we still had living in the Valleys. There were two ways that we’d go: along the M50, through Monmouth, or down the M5 and along the M4. I’d always resent the Monmouth way, for a kid with a short attention span it was dull and boring, but the M5 and M4, well, that way had something pretty special; the Severn Bridge.

I’d marvel at the enormity of the manmade structure and wonder how on earth humans could build such a thing (I was easily impressed), and now whenever I’m going back to Wales, it’s the way I’ll go. 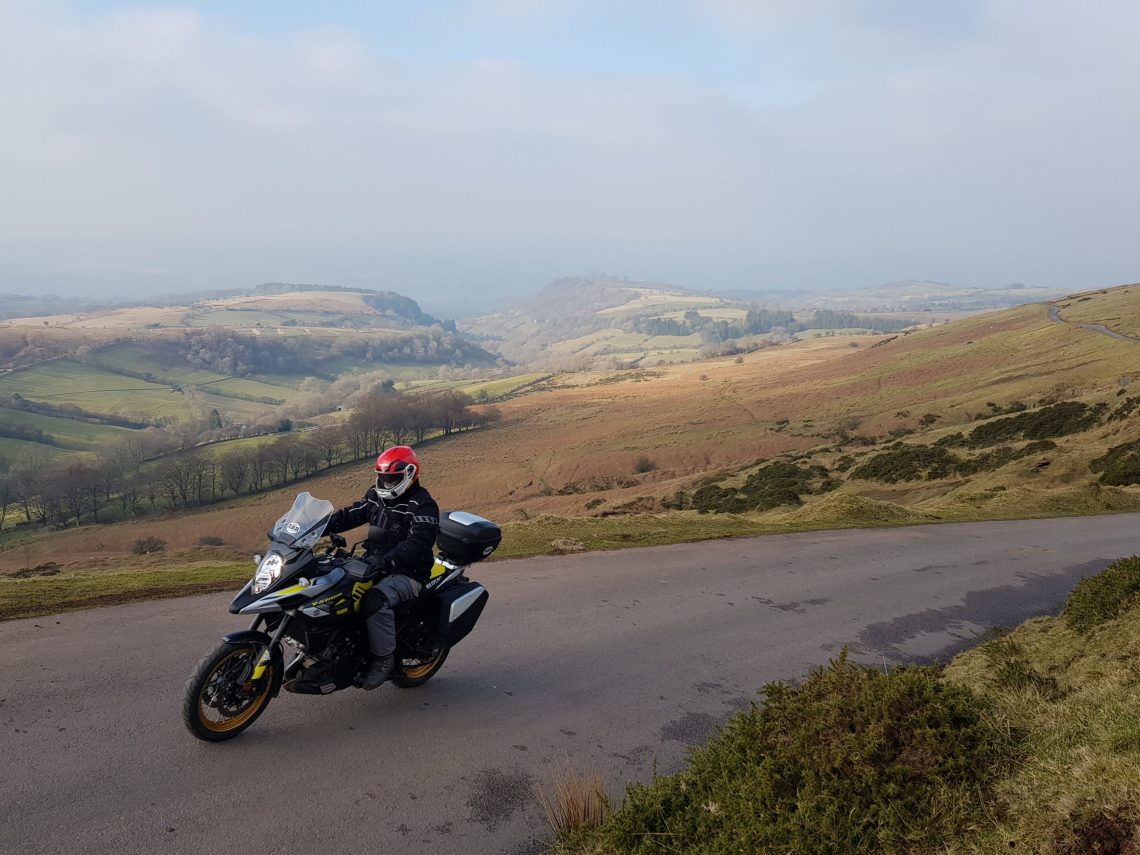 Fast-forward a few decades, and we’d got together with Bridgestone to talk about how we could test their new Battlax Adventure A41 tyre, which was launched to replace the well-loved A40. It took some thinking, but obviously influenced by the name of the Japanese rubber manufacturer, I started to wonder what a motorcycle route through Wales, taking in our land’s most stunning bridges, would look like. Piece by piece I plotted them on a map, and it jumped out at me that between these bridges are some of the best motorcycling areas around.

And so we’ve brought you a weekend-long tour that’ll take you on a ride over some of the UK’s best bridges; an epic ride filled with incredible views, fascinating history and some of the most enjoyable biking that you’ll find in the UK. 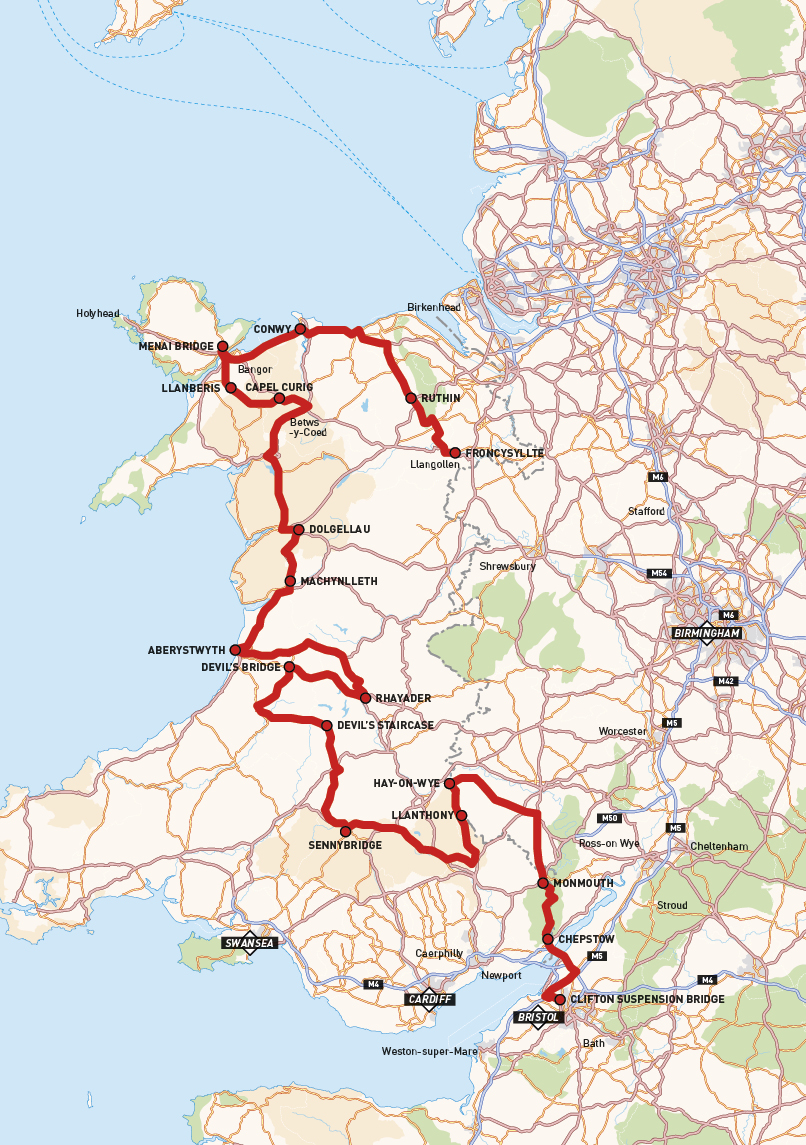 The route described here is a total of 379 miles from Bristol to Froncysyllte, near Wrexham and, if done in its entirety is doable over two days. I’ve put together a lot of routes for previous issues of Adventure Bike Rider, and while I’d recommend you take the time to explore them all, this ride is a peach. From the moment you lay eyes on the Clifton Suspension Bridge the riding is incredible (save for a few motorway miles as we approach the Severn Bridge), with the journey taking in some of the best roads in Wales.

Between Chepstow and Monmouth, I was tempted to include the famous Wye Valley road (the A466), but in my experience although it’s a beautiful place, it can often be busy with cars and there are few places to overtake, so instead we venture down the Monmouth Road (B4293) which runs parallel to it. I’ve ridden this stretch of tarmac many times, and it’s always been quiet, and the views afforded to the west are spectacular as you trace the route of a high ridge before dropping down into the town of Monmouth.

From here to Hay-on-Wye the riding remains just as good, taking you through beautifully forested valleys on roads that are little-travelled. I’d recommend stopping for a coffee at Hay-on-Wye as your opportunities for a brew will be few and far between as you continue out of the world-famous market town, down a single-track lane towards Capel-y-Fin.

This track might not seem like much at first, but as you begin to rise you’ll start to sense you’re somewhere special. Before long, the trees open up and you’re riding through the wide open Black Mountains on Gospel Pass, Wales’ highest road. The views here are sublime, but there’s plenty more to come. 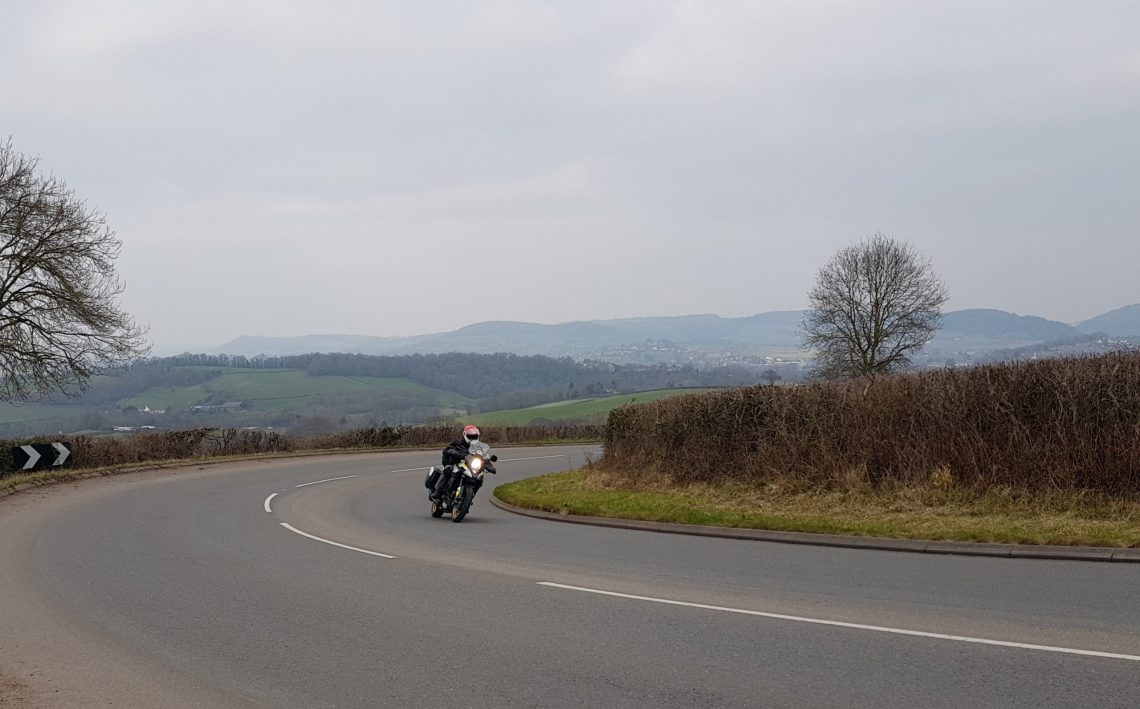 The going can be slow between Gospel Pass and Sennybridge as you’re navigating through tiny, narrow single-track country lanes, but once you hit the main roads in the Brecon Beacons you can open it up a bit and really start to enjoy the ride.

By now, my Bridgestone Battlax Adventure A41 tyres were more than warm, and after passing through the beautiful landscapes that surround Sennybridge, I was ready to put them to the test on one of my favourite stretches of road in Wales, the Devil’s Staircase.

This area of Mid Wales allows you to feel completely along for the most part, and on my ride I could count the amount of other vehicles I saw on one hand. With the sharp hairpins of the Devil’s Staircase behind us, and we head to perhaps the most thrilling A road in the country, the A44 to Aberystwyth.

Day two sees us riding through the glorious roads of Snowdonia, where you’ll catch a perfect glimpse of the country’s highest mountain, Snowdon, as you ride the Llanberris Pass. Out of the other side and it’s a short blast to Bangor, where the beautiful Menai Suspension Bridge awaits.

The remainder of the ride takes us along the coast to Conwy (if you’ve got the time, visit the castle, it’s remarkable), before dipping back inland and through the wonderful Welsh countryside, finishing just a few miles south of Wrexham.

The five bridges of the route

Britain is full of incredible bridges with fascinating backstories, and this route will take you over more than you can count, but there are five that will stand out and make you stop and stare. They are: 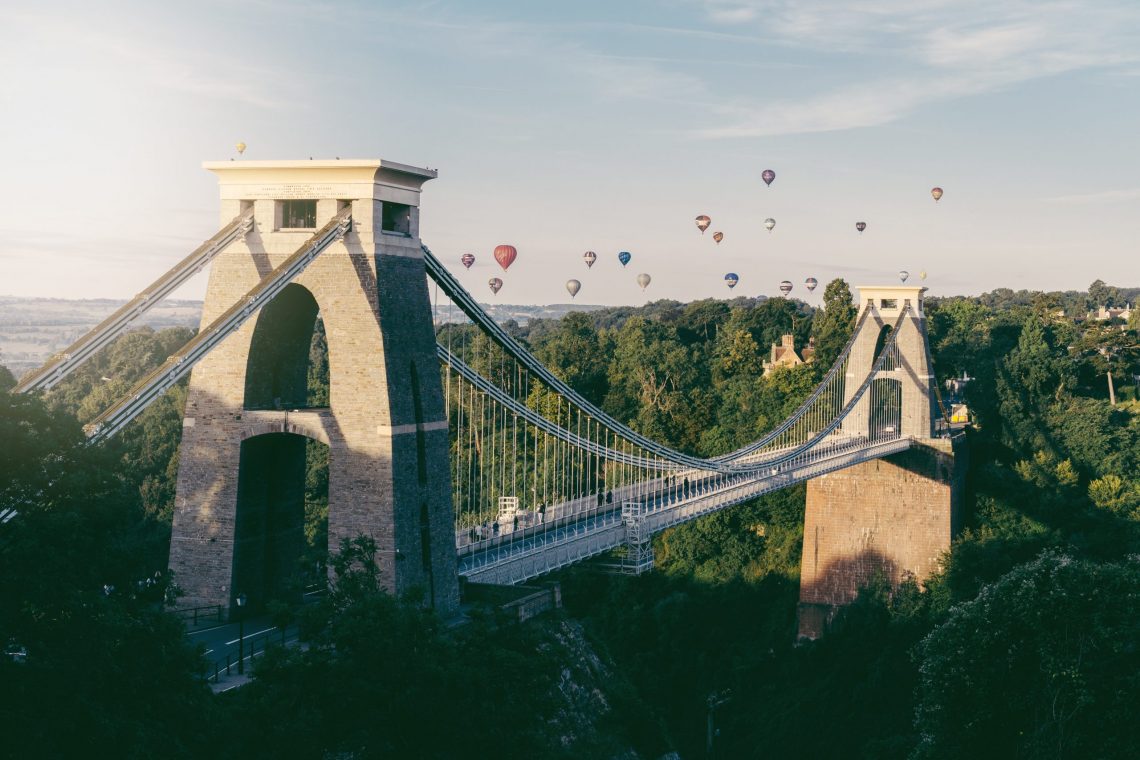 We kick our journey off from the lofty viewpoint of Clifton Suspension Bridge, one of the UK’s most visually stunning bridges. Spanning the spectacular Avon Gorge with a height of 101m, the remarkable structure was built in 1864 based on a design by the legendary engineer Isambard Kingdom Brunel.

On 1 April 1979, David Kirke of the Oxford University Dangerous Sports Club threw himself from the bridge in what was the world’s first bungee jump. It’ll cost you the pricey sum of £1 to cross, and I’d fully recommend taking the short walk up to the observatory on the eastern side of the bridge for a magnificent view. 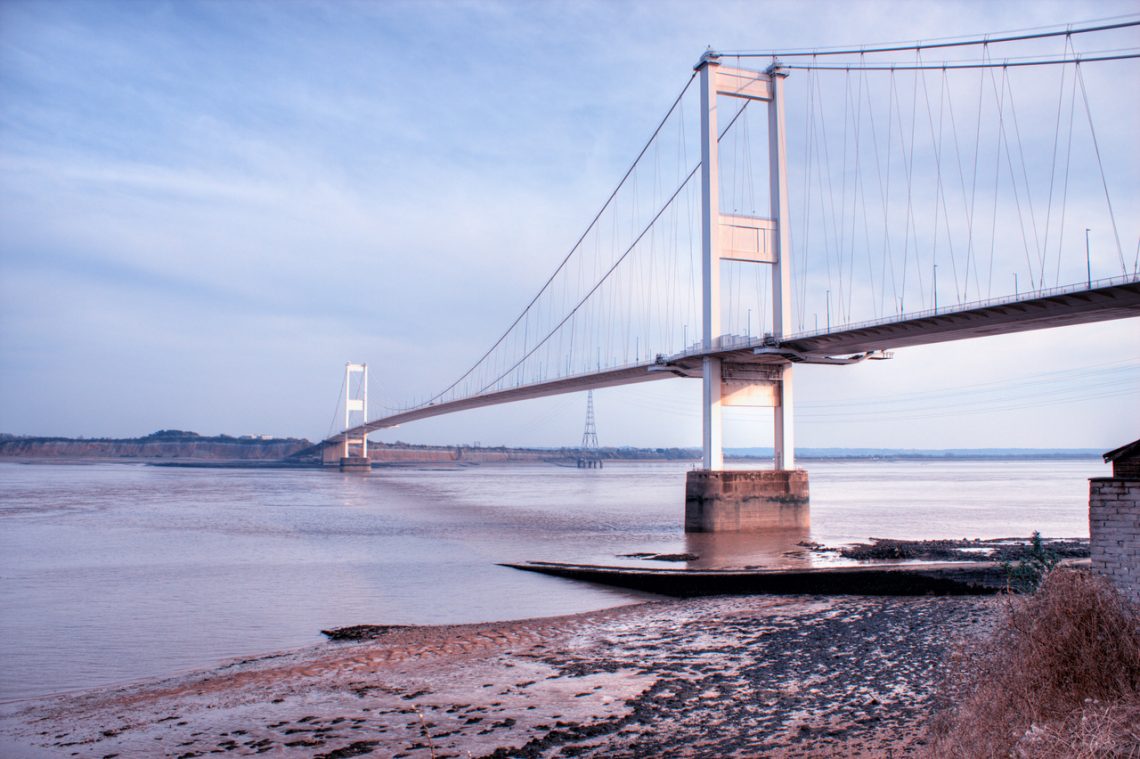 Being a Cardiff City fan with family in South Wales, I’ve crossed the Severn Bridges more times than I can remember, but each time I’m in awe by the sheer scale and magnificence of them. Our route takes you over the original, less-used of the two bridges, which carries you from Aust in Gloucestershire to Chepstow in Monmouthshire.

Opened in 1966, the Severn Bridge spans 990m across the River Severn, with a height of 136m, and while there’s a toll if you’re travelling from England to Wales, it’s free to use for motorcycles. The ‘old’ Severn Bridge, which we cross, was replaced by the Second Severn Crossing in 1996, the UK’s second longest bridge at 5,128m, and the views of it are wonderful as you look over your left-hand side. 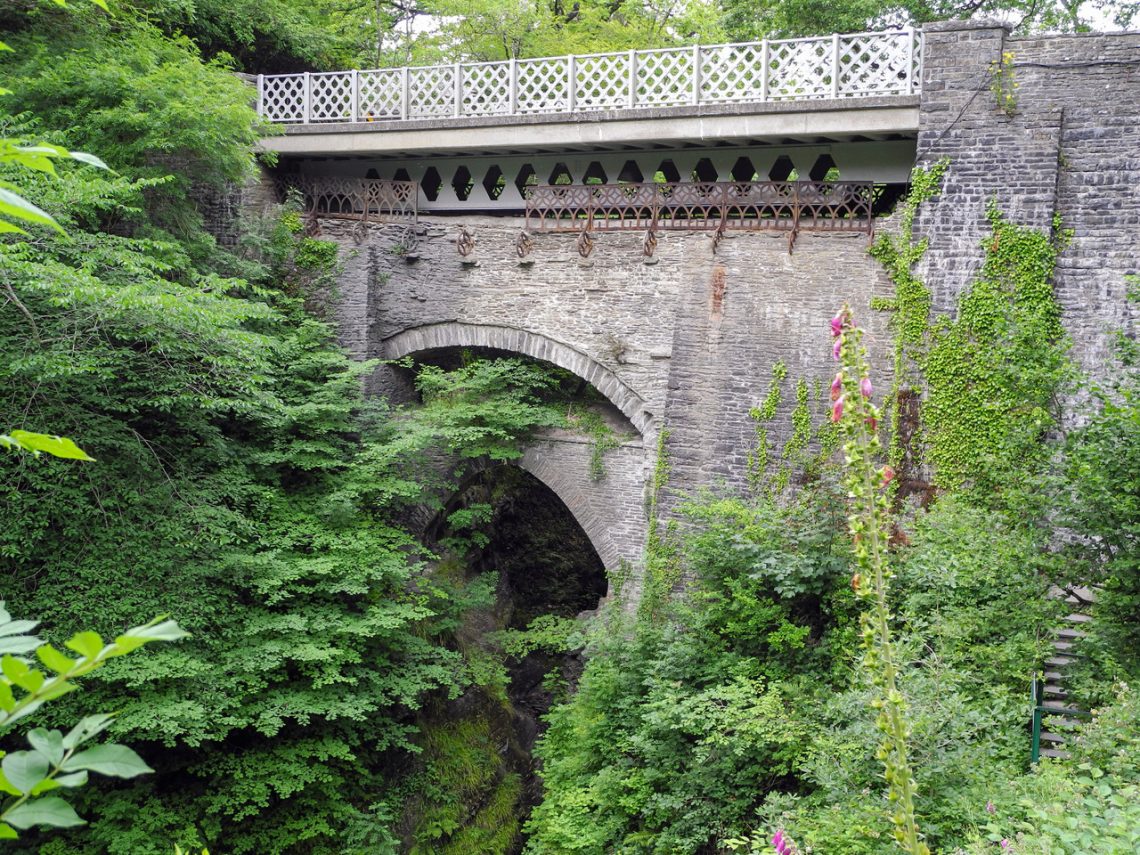 From the road, Devil’s Bridge in Ceredigion, Wales, is rather non-descript, but when you hop off the bike and see what’s underneath it, well, it gets a bit more interesting. The bridge that you just crossed spans a deep gorge, and it’s unusual in the way that three separate bridges have been built on top of each other.

The most recent one was constructed in 1901. Underneath that is a stone bridge which was constructed in 1753, and beneath that is another stone bridge that is thought to have been built between 1075 and 1200. Legend has it that the original bridge was built after a woman lost her cow and saw it grazing on the other side of the gorge. The Devil appeared, as he does, and told the woman that he’d build a bridge for her in exchange for the soul of the first living thing to cross it.

Sensing an opportunity, the woman agreed, and after the bridge was constructed, she threw some bread over it which her dog chased, becoming the first living thing to cross it. Poor dog. Take some time while you’re here to walk down Jacob’s Ladder, which will take you to the original Devil’s Bridge, where you can see the gorge in all its glory. 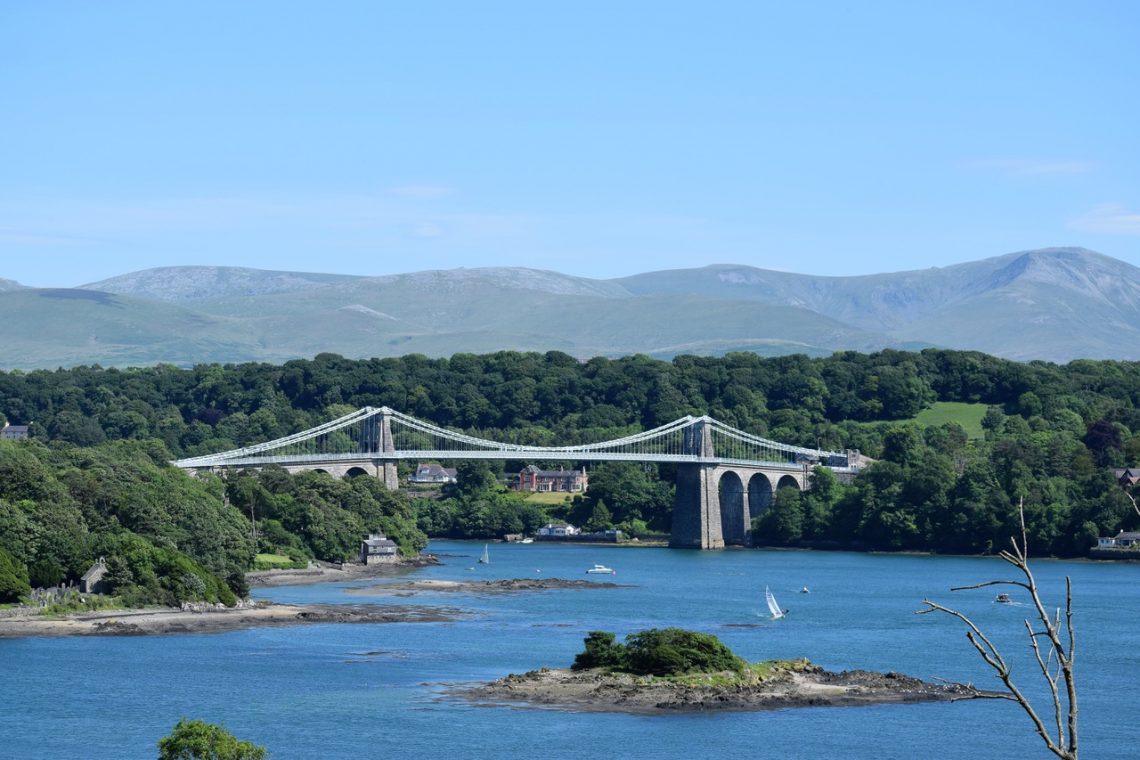 Opened in 1826, the bridge was built to shorten the journey from London to Hollyhead, one of the principal ports for ferries to Dublin. On its completion it was, for a short time, the longest bridge in the world (417m), and as you ride over it today you can’t help but marvel at the genius of Telford’s work. 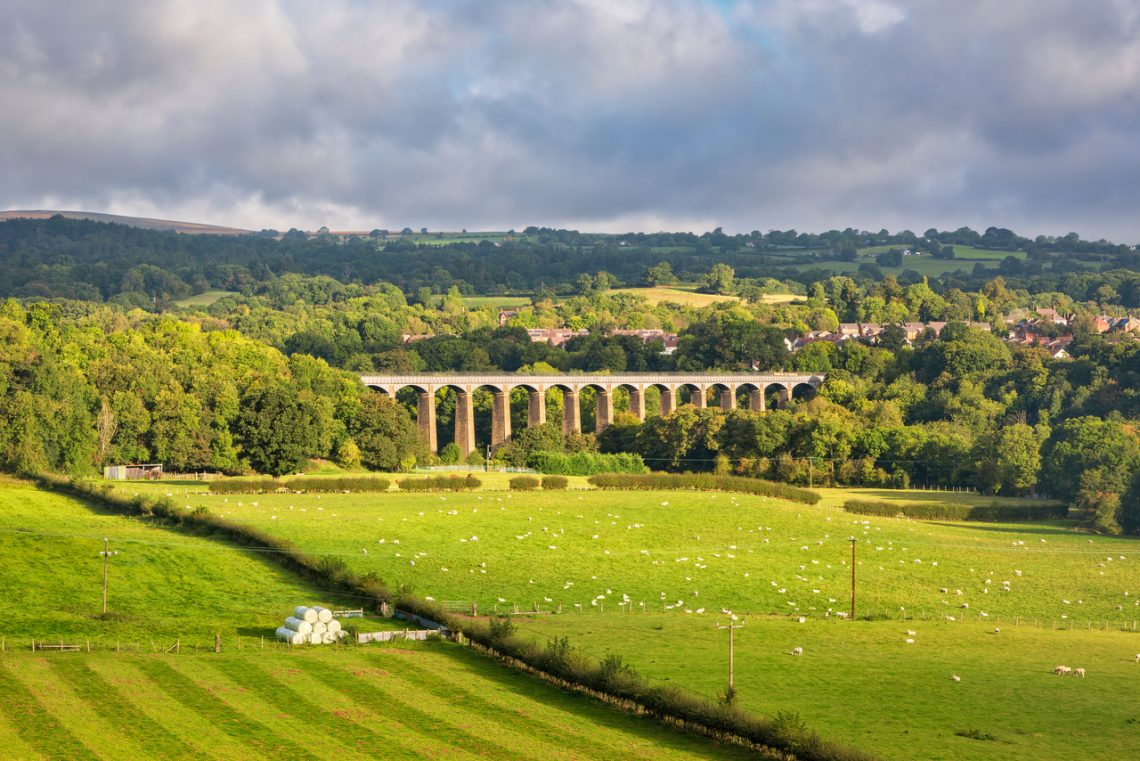 From one Thomas Telford work of art to another, our route finishes overlooking the mighty Pontcysyllte Aqueduct. Built in 1805, this magnificent feat of British engineering is the oldest and longest navigable aqueduct in Great Britain, and also the highest in the world at 38m.

You can’t ride your bike over it as it takes the Llangollen Canal across the River Dee, but the views of it are marvellous and you can’t help but gaze in awe at the beautiful structure that was created over 200 years ago.

Enter the following waypoints in your SatNav and you’ll follow, as near as dammit, this ABR motorcycle route through Wales.