A lonely ride through Russia 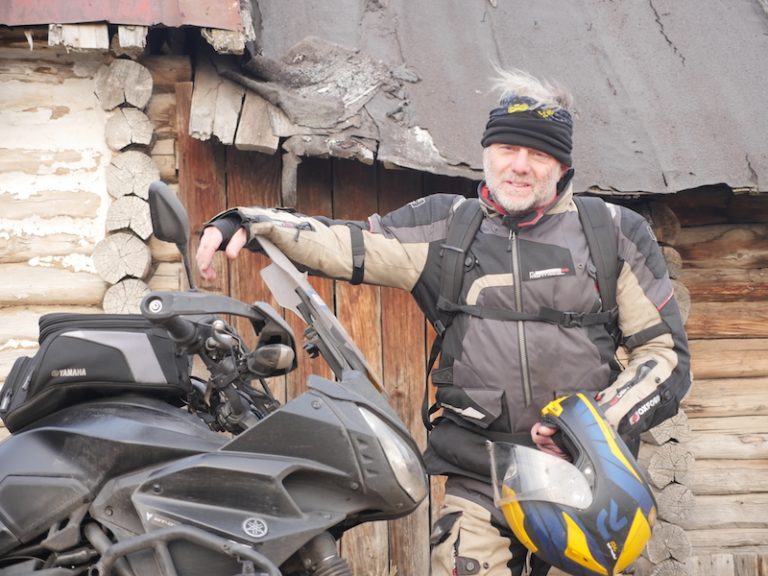 The ride to Ishim was delightful. Vast plains of wheat fields had within them clumps of tall trees in the way an English meadow might have small bushes, but apart from the difference in scale, much was the same. Villagers appeared disconnected to the cities and the further away from Moscow, the less that part of Russia mattered.

Today was the first day the sun had properly shone since the journey had started. The temperature had risen from a paltry four degrees, and was sweltering by the time it had crossed the threshold into double figures. For weeks, I had been riding in the rain, or at least splattered by low cloud. There had been no sharpness to any horizon, just a smudge of an indefinite something that was far away. Occasionally, tall chimneys of a factory would appear incongruously in the mist, ghostly towers pumping out smoke into the cloud a different shade of grey.

>>> Related: An interview with Nick Sanders: Getting to know the man behind the world records

When I woke, it was sunny with a clear sky. This was both good and bad, it was dry, but cold. After packing my bike and starting the engine, the temperature gauge was just above freezing. The traffic was light and two lines of dry track gave me the confidence to ride knowing that the bike wasn’t going to slide. For 185 km [115 miles] I followed trucks as we fought strong gusts of wind created, maybe, by the sun rising. It was low on the sky but still had an effect on the weather.

Soon, I was riding across the city of Tyumen. The southeastern suburbs were neat with well-built and colourful properties suggesting a wealthy city. The route across town, with only a paper map (I’d lost my SatNav), necessitated help from local people, which is forthcoming, but it is on the minimal side of real help. Everybody is in a hurry. They don’t know where you want to go. Don’t care.

It may be naive to say, but after the oligarchs took their massive slice from the cherry pie and the new economy was created in the name of democracy 20 years ago, everyone else is sucking out what they can from what is left of the cake mixture.

The city is impressive and in the central administrative square a large statue of Lenin presides over the trees, the traffic lights and the passing buses. Maybe also the hearts and souls of people, but that depends if you are a patriot. I guessed, looking around, that it’s just three or four tons of metal and stone to young people who seem more interested in their phones. 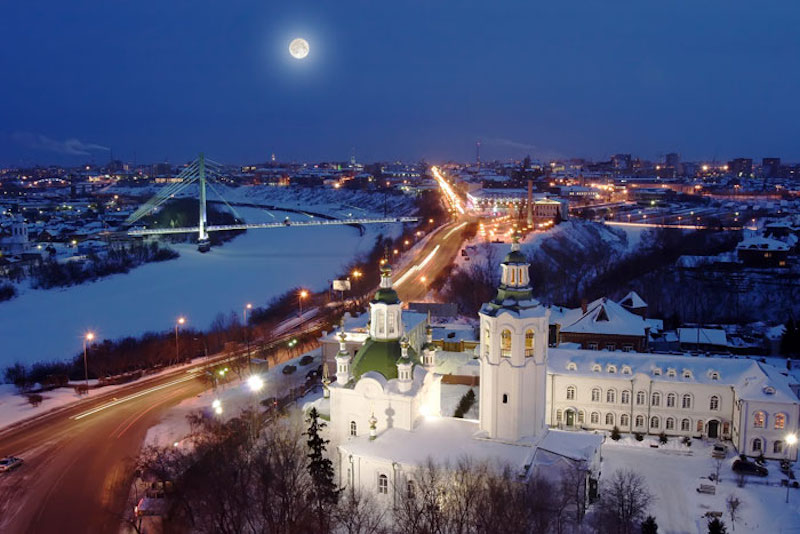 Whenever I stop to ask for directions, something a GPS system makes redundant, but once the stony shyness is overcome, young Russians are all smiles and delighted to help. Young men get out their phones and squeeze and pinch their Google Maps, and in a smart cafe playing dance tracks I stop for a coffee and ask again the way. No one is talking, just texting. The world is clearly connected by a matrix of telephone users via which they spend at least as much time coordinating their digital lives as they do in real life. OMG, the term ‘real life’ is starting to take on a different meaning.

The cafe serves good coffee, fairly tasteless pastries, but the young customers, when they stop holding their breath, occasionally chat amiably as the sun filters through the half-closed blinds. There is an extraordinary oddness about aspects of similar things out here, so far from everything I know. I am at once here and at home. I am in the familiar, and I am in the faraway.

This is an extract from my latest book, Russia, Mongolia, My Motorbike & Me, which, is due to be published in March 2018.