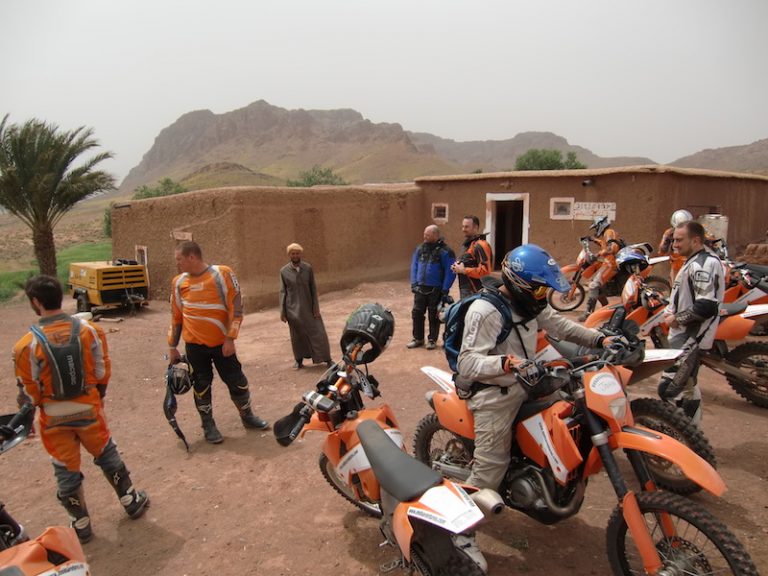 If you come off while riding on a package motorcycle tour, do you have the right to claim against the tour operator? ABR’s legal eagle Andrew Dalton answers the question…

We all accept that riding a bike comes with dangers, and the very term ‘adventure bike’ indicates that we are willing to be a bit, well, adventurous. But what happens if you are hurt on an arranged overseas motorcycle tour?

Can you blame the tour provider?

As a preliminary point, I do not know of a single motorcycle touring company that offers a package of flights, bike and accommodation. Such an arrangement falls within the package tour regulations, and these are a very different to flying out to somewhere exotic and picking a bike. If you fall over on a package tour on a slice of lemon dropped by a careless waiter, you have a claim. If you fall off your giant off-roader in Morocco, can you blame the tour provider?

The test is a matter of degree. If you are dropped into some massive mountain crevice where even the mountain goats are wearing helmets and connected to each other by ropes, then there would be grounds for alleging negligence. The tour organisers need to take sensible precautions, such as pre-riding the routes and making sure they are within the capabilities of an ordinarily competent motorcyclist.

But, if you are subject to a flash flood, then it is just one of those things. Whilst you might have a claim in local law, in English law, people can volunteer to dangerous and adventurous things and, if it goes wrong, don’t moan unless somebody has been negligent.

Different law applies if you are, for example, being taught how to ride off-road. Let’s say you are on an off-road riding course in Spain, arranged by a UK company. That company owes you a duty to teach you and, if you are instructed to do something, then the trainer has to be reasonably confident that he is not asking you to do something which is beyond your skills.

If you do make a cock up of it and hurt yourself, then you have to show that the instruction or training was negligent, which means that it failed to meet the reasonable standards of an off-road school. The fact that you fell off is not proof that the school was negligent.

The Courts are not keen on people who hurt themselves doing objectively risky things before running off to a daytime TV lawyer. The Courts are robust in applying the legal concept of ‘Volenti non fit injuria’ or, in English, ‘You have volunteered for the risk, unlucky, live with it’.

Readers of the Adventure Bike Rider website are a robust bunch, but if you hurt yourself touring overseas, your first course of action is your own insurance, not pointing a finger of blame at the tour organisers.

If a local driver knocked you off, then that is wholly outside of the control of the tour organiser and, depending on whether or not the collision happened within the EU, you may be able to bring a claim in the UK. Outside the EU you may have to bring a claim under local law, using local lawyers.