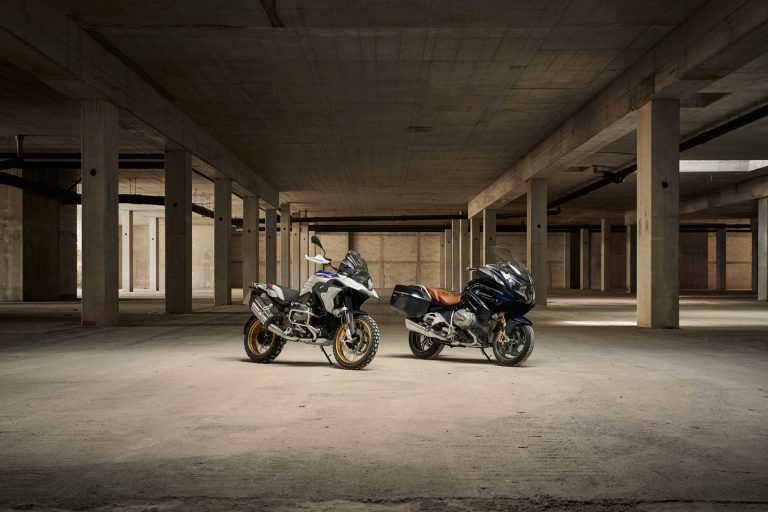 BMW has given its most in-depth look at the R1250GS yet, with a full world premiere taking place on the BMW Motorrad YouTube channel, as well as more information given on the specification itself.

After details of the GS were leaked online in August, BMW has now confirmed the specifications of the BMW R1250GS:

The premiere itself was headed up by the recently appointed CEO of BMW Motorrad, Dr. Markus Schramm. During the reveal, Schramm spoke of the high sales that the R1200GS has achieved, and that the BMW R1250GS will improve on the company’s previous models with “more supreme touring and travel suitability”. He also announced that six more world premieres are due to take place in 2018. Along with announcing the details of the new R1250GS, BMW also lifted the lid on the development of the BMW R1250RT.

You can watch a new trailer for the bike below:

Both the BMW R1200GS and R1200RT quickly became fan favourites on release, and BMW intends to keep catering to this audience, with two different models for each motorbike to suit rider preferences. Included in both bikes as standard are Automatic Stability Control (increasing safety and traction) and Hill Start Control for those difficult inclines. Each will arrive with LED daytime riding lights, however, the GS also comes with an LED headlamp.

At the centre point of the reveal is BMW’s new boxer engine, which will see a huge leap in power and torque. The engine itself features new Shiftcam technology which utilises the shift gate to position the camshaft sideways in the head. From this, the ride feels a lot smoother and makes for better milage.

Alongside this, the BMW R1250RT will be getting an upgrade too, with Dynamic ESA (electronic suspension adjustment) added (this will also be on the GS), and the same engine as the GS variant.

Adventure Bike Rider reached out to BMW, who confirmed that both the R1250GS and R1250RT will be replacing the current R1200GS and R1200RT when rolled out.

At this time, no official launch date or pricing has been announced. Although, rumour has it that both bikes are due to be revealed publicly at 2018’s Intermot event in Cologne, Germany. We’ll be keeping our eyes peeled for that one.

For a full overview of both the BMW R1250GS and R1250RT, you can find all the details at the official BMW press site.