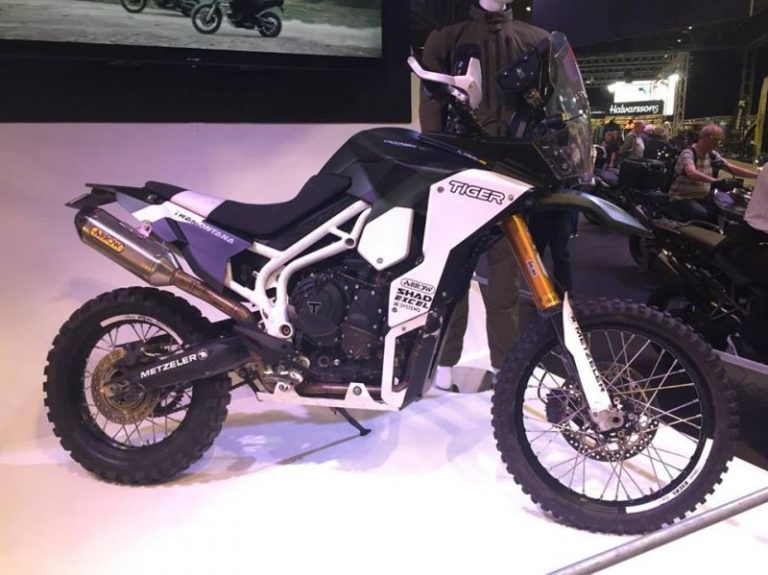 It’s been a fantastic first few days here at Motorcycle Live 2017. It’s been action-packed with new bikes, awesome features, great discounts and naturally, lots of fry ups. If you’re coming along to the show over the next couple of days, then be sure to pay us a visit at the ABR stand in hall two, we’re stand number C35. We’ve got some great show-only offers available on subscriptions and lots of new merchandise, so come and say hello!

When I’ve not been on the stand, I’ve been wandering around the arena like a lost toddler, drooling over all the new adventure bikes for 2018. So, here’s a round up of the best on the adventure bike scene… 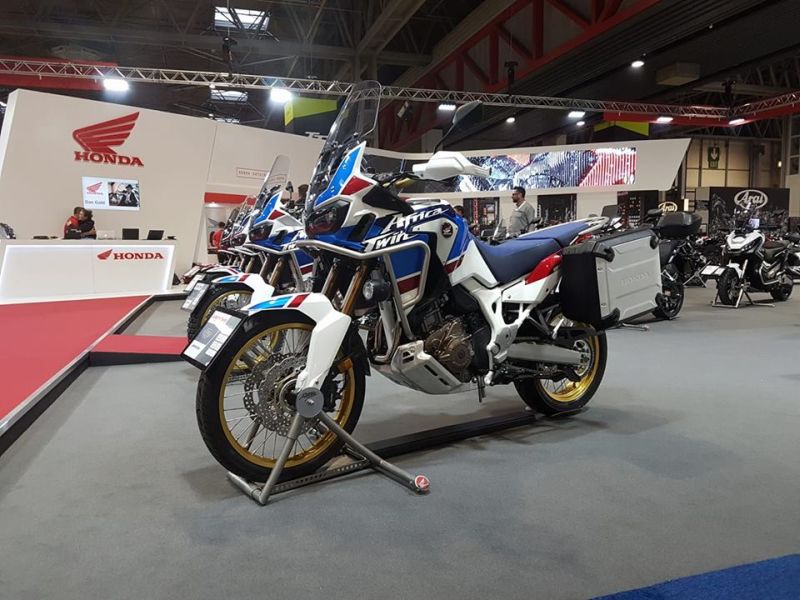 Honda has been causing quite a stir with its new Africa Twin Adventure Sports model for 2018, which marks the 30th anniversary for the legendary dakar-inspired motorcycle. Its bodywork has been painted in the same colour scheme as the very first Africa Twin, and we think it’s looking pretty darn sexy. 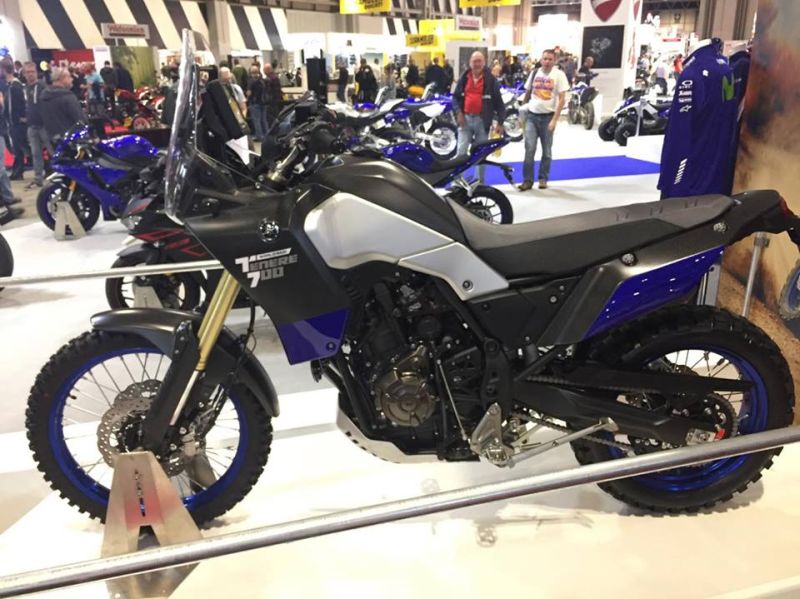 We’re loving the striking blue rims on the Ténéré 700 World Raid prototype and getting up close and personal with this adventure machine has got us all hot under the collar. We’ve been patiently waiting for Yamaha to make our dreams a reality by releasing the bike onto the market and it looks like our luck could be in… Well, in 2019, which is when the bike is rumoured to be released. 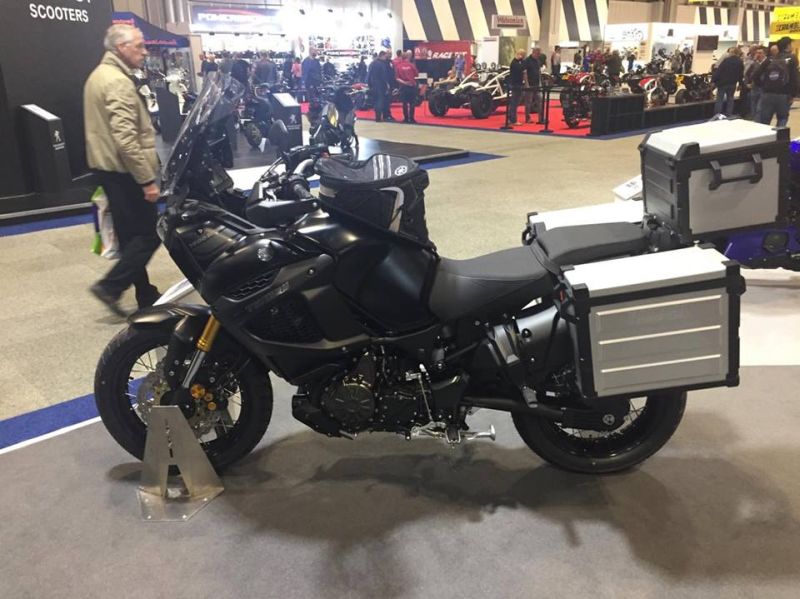 Oh man, I had to remove myself from the stand in fear of actually drooling all over the new Super Ténéré Raid Edition for 2018. The new adventure beast is perfectly set for long distance touring with its two 37-litre panniers, a wide bash plate, a higher protective screen, hand guards and front fog lamps. We’re super excited to get our grubby mitts on one of these next year for testing. 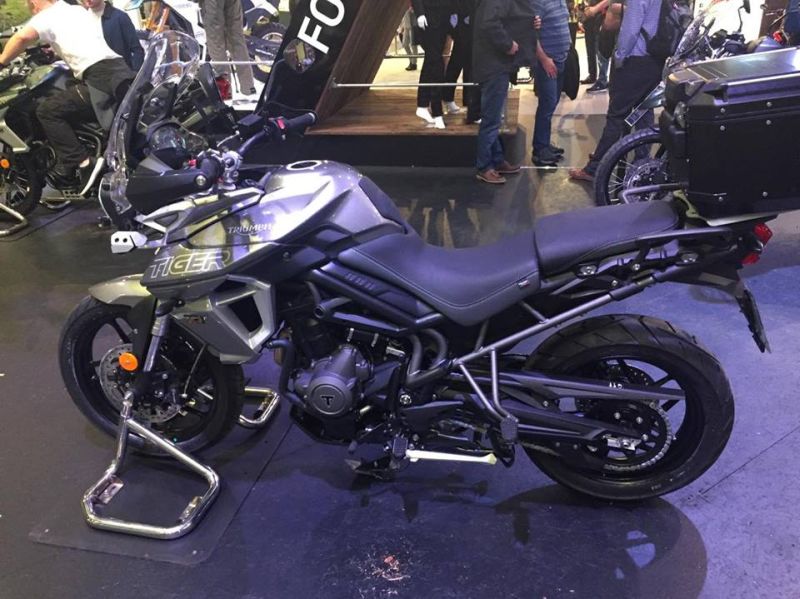 The new Tiger 800 has had a serious makeover for 2018 and boy, does it look super sleek or what!? The new bike benefits from a whole heap of upgrades to the chassis and engine, and Triumph have said this new adventure machine will be more capable off-road while still being a comfortable ride. 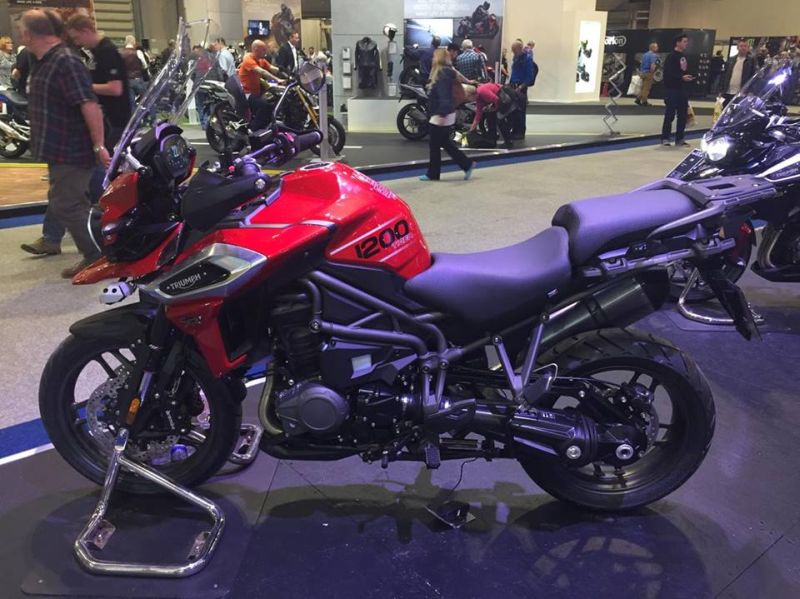 The Explorer is no more – enter the shiny new Tiger 1200, which must have ditched the pizza and beer because it’s lost a heck of a lot of weight (I should probably take note). The bike has shed 10kg of weight and has also had a full makeover, the result is a noticeably slimmer and more athletic looking machine – we like! 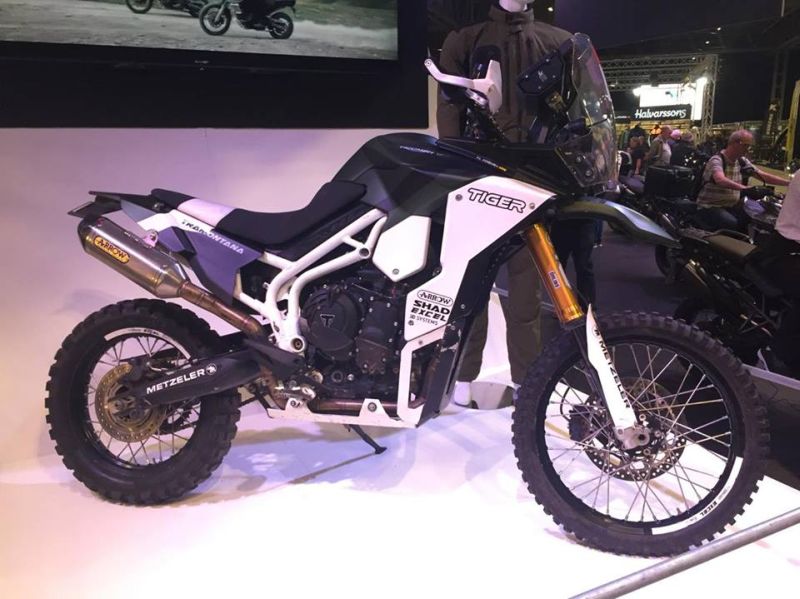 “Damn.” That’s pretty much the only word I could get out of my mouth as I stood and rudely gawped Triumph’s Tramontana concept bike in the flesh. The bike, based on the Tiger 800 XC, was a concept specifically created to be raced in the 2017 Panafrica Rally. There’s no word on the bike being released onto the market, but if they ever did, I don’t think I could throw my money at it quick enough. My fingers remain entirely crossed.

The 700 and 800 are gone. Say hello to the new F750GS and F850GS which are both new for 2018. It seems BMW went back to the drawing board with their mid-capacity GS range, as the bodywork and engines have undergone extensive redesign. We’re looking forward to taking a closer look at them in the New Year, so keep your eyes peeled for our full review. 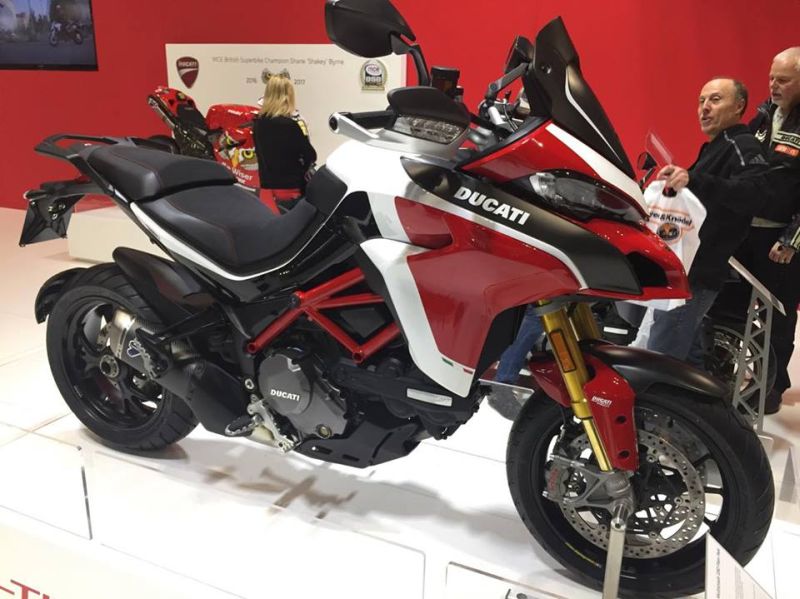 Phwoarr – the new 1260 Multistrada adventure bike is looking pretty darn nice and we’re particularly drawn to the Pikes Peak edition (pictured above). The new bike has seen some fantastic changes, including a new engine, chassis updated electronics and a super slick revamp to the bodywork. 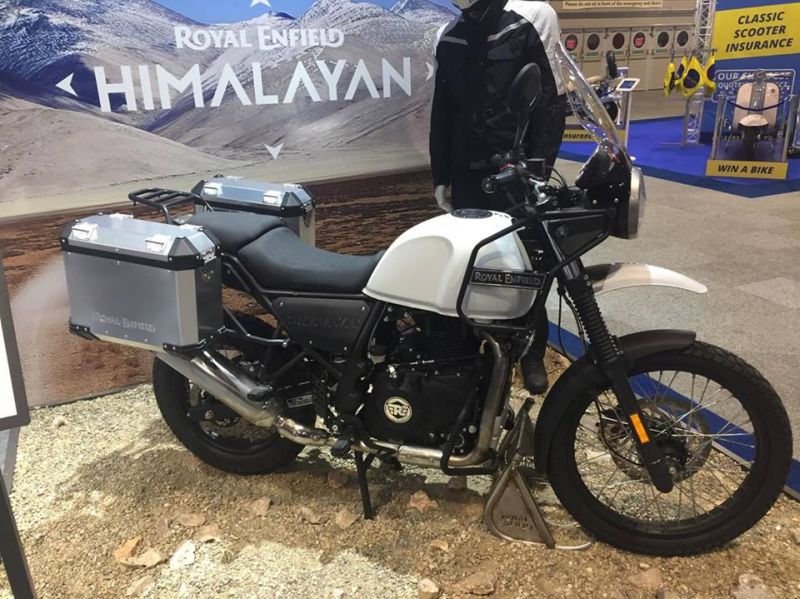 The rumour on the street is that the Royal Enfield Himalyan will be reaching the UK adventure bike market in 2018, which has been long awaited since the release of the bike in India, in March 2016. The need to get our hands on this beauty has been growing (impatiently) with the anticipation of its release. We’ll be keeping a close eye on it and will keep you updated on any news.