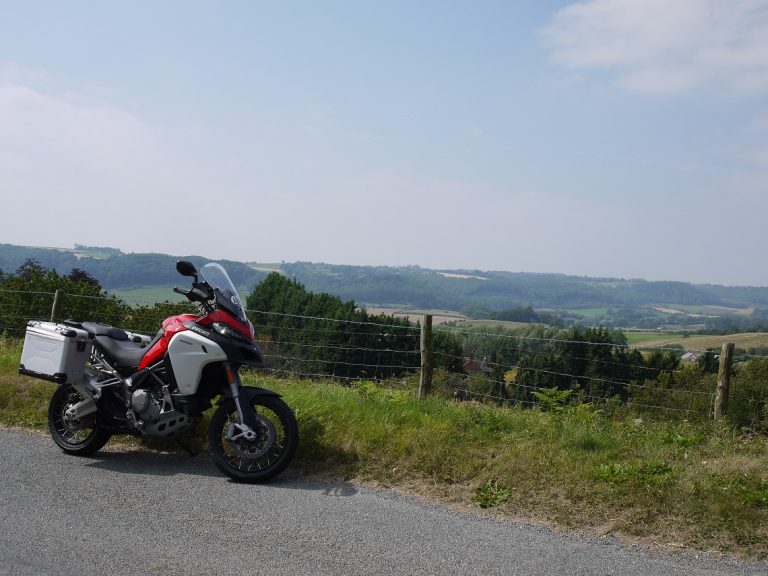 It’s been two years since we started chronicling our journeys along the UK’s many long-distance footpaths, and in that time we’ve been all over this fine island of ours. If I had to pick a favourite so far, I’d be hard pushed to choose from either the Cotswold Way or the Cumbria Way, though the Worcestershire Way, which I rode for this issue, is certainly up there.

At 34 miles, it’s not an epic, long-distance adventure, but don’t let that put you off. In the right weather conditions, it will take you through lush, green countryside and small villages that typify the quaint stereotype of England. 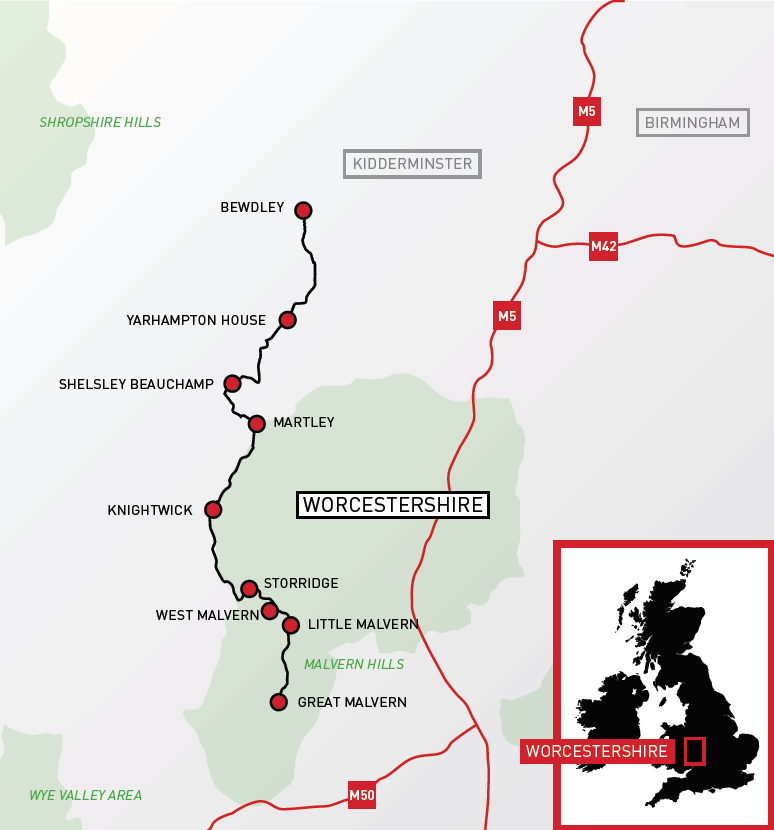 The route runs from Bewdley in the north to Great Malvern in the south, following an escarpment for the majority of its way until you reach the commanding Malvern Hills that dominate the surrounding land. On a clear day, the views from up here are some of the best in the UK, looking out over the Severn Valley and across 13 counties of England and Wales.

I was pleasantly surprised by how enjoyable the journey was, and at just 34 miles it’ll take you between an hour and a half to two hours to complete, but why not take your time to explore the surrounding areas or tag on a ride of the Staffordshire Way and make a day of it.

Of course, how you ride the Worcestershire Way is entirely up to you and done in either direction it’s going to be enjoyable. Finishing the route off with a climb up the Malvern Hills is just as appealing as calling it a day with a coffee at a café by the River Severn in Bewdley. We rode this route from south to north, choosing the spa town of Great Malvern as our trailhead.

Great Malvern is a lovely little town and a fitting place to start the Worcestershire Way. The Way follows, in parts, the Elgar Route, a drive that will take you on a circular journey to visit many landmarks that are associated with one of the most recognised English composers, Sir Edward Elgar.

Elgar spent much of his time stomping around the Malvern Hills, and in Great Malvern, on Belle Vue Terrace, you’ll find a sculpture of the musical great looking over the town, stand- ing next to the beautiful Enigma fountain, named after his work, Enigma Variations.

It’s worth taking some time to have a wander around Great Malvern while you’re there, perhaps consider it as a breakfast stop before beginning your ride, and take a drink from the Malvhina Spout, a drinking spout of pure Malvern water that’s piped directly from the springs of the hills. After you’ve had your fill of the town, it’s time to begin the ride.

While the original Worcestershire Way will take you almost immediately north, we’ve plotted this route to include a little ride across the hills of the Malverns. The roads are by no means fast, and they’re quite busy, but the views they afford are worth the effort. Heading first to Little Malvern and then almost doubling back on yourself to West Malvern, you’ll be a commanding sight of Worcestershire as you climb North Hill, the second-highest point of the Malverns.

After descending you enter lush, green (at least in summer) countryside, with rolling, wooded hills stretching off in every direction. The riding here picks up as you follow the B4219 to Storridge, though from this point on you’re mostly on small country roads. This shouldn’t put you off, however. These roads are a delight to ride, and they’re almost devoid of other traffic so you can really take your time to savour the traditional British scenery.

As you ride through Knightwick you begin one of the most enjoyable hill climbs of the ride, Ankerdine Hill. Although short, the 17% incline on this road gains altitude quickly and before long you’re again offered fantastic views across the Midlands. It’s not far after Ankerdine Hill that you pass near to Shelsley Walsh, the world’s oldest operational motorsport venue.

The place has been hosting the world-famous MAC Speed Hill Climbs since 1905, so check out the calendar before you ride the Worcestershire Way and you could combine the two together for a great day out. Our proposed route will actually divert you away from Shelsley Walsh, instead heading to Shelsley Beauchamp, so if you wish to call into the venue, follow the many signposts.

From Shelsley Beauchamp it’s just a short distance to the northern trailhead of our route in the centre of Bewdley. This last section is beautiful if you like to take it easy and as you roll into the small riverside town, if you like the sound of your bike, the narrow, high streets amplify the exhaust notes.

Bewdley is bisected by the River Severn, and it is on the banks of Britain’s longest river that we end the Worcestershire Way. Along the promenade sit a few cafés where it’s nice to park up and have a victory drink (non-alcoholic of course) to mark the completion of the route. 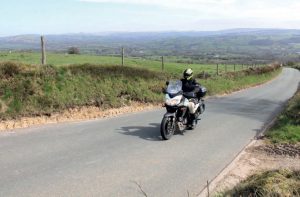 The Worcestershire Way can either be started or finished in Bewdley, which is just eight miles from the endpoint of the Staffordshire Way, as we detailed in issue 34 of Adventure Bike Rider magazine.

While the Worcestershire Way is a fairly short ride on its own, couple it with the Staffordshire Way and you have 120 miles of great roads, fascinating history and beautiful sights.

Enter the following waypoints in your SatNav and you’ll follow, as near as dammit, the ABR route. The route is also available to download so you can stick it straight on your SatNav.