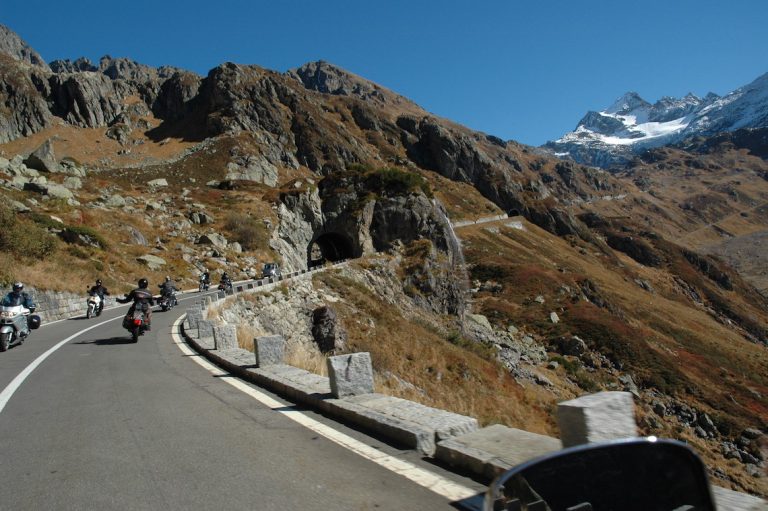 From chasing fellow underage riders around the Swiss countryside aboard a tuned-up Zündapp Mofa to running his own tour company aboard the Harley of his dreams, Twincruiser’s Kurt Stauffer has made a passion for motorcycling his life’s work

It’s 1968 and the hills are alive with sound of engines; motorcycle engines to be precise. At just 13 years old, Kurt Stauffer was already a dab hand at basic mechanics and a pretty accomplished rider. Growing up in the sleepy Romandie part of Switzerland he had plenty of time and space to practise his two-wheeled skills with like-minded teenagers.

“We used to spend hours over the weekends getting our low-powered Mofa motorcycles to go faster than the legally-permitted 30kmph,” admits Kurt. “Pistons, cylinders, carburettors, and pinions all had to be ‘adapted’. In the eyes of the law, it was illegally tuning and this made it even more of a challenge. It was our way of breaking the rules at the time.”

The Mofas soon made way for bigger, more powerful bikes including a BMW R50, a BSA A10 Road Rocket and a Norton Commando with a Manx engine. “We treasured those British machines; we respected them and loved to ride them,” he says. “Me and my brother were very fortunate to know a farmer who gave us permission to ride around his private fields and forests. We drove mostly on unpaved roads with a loose surface, sometimes reaching speeds of up to 50mph!” 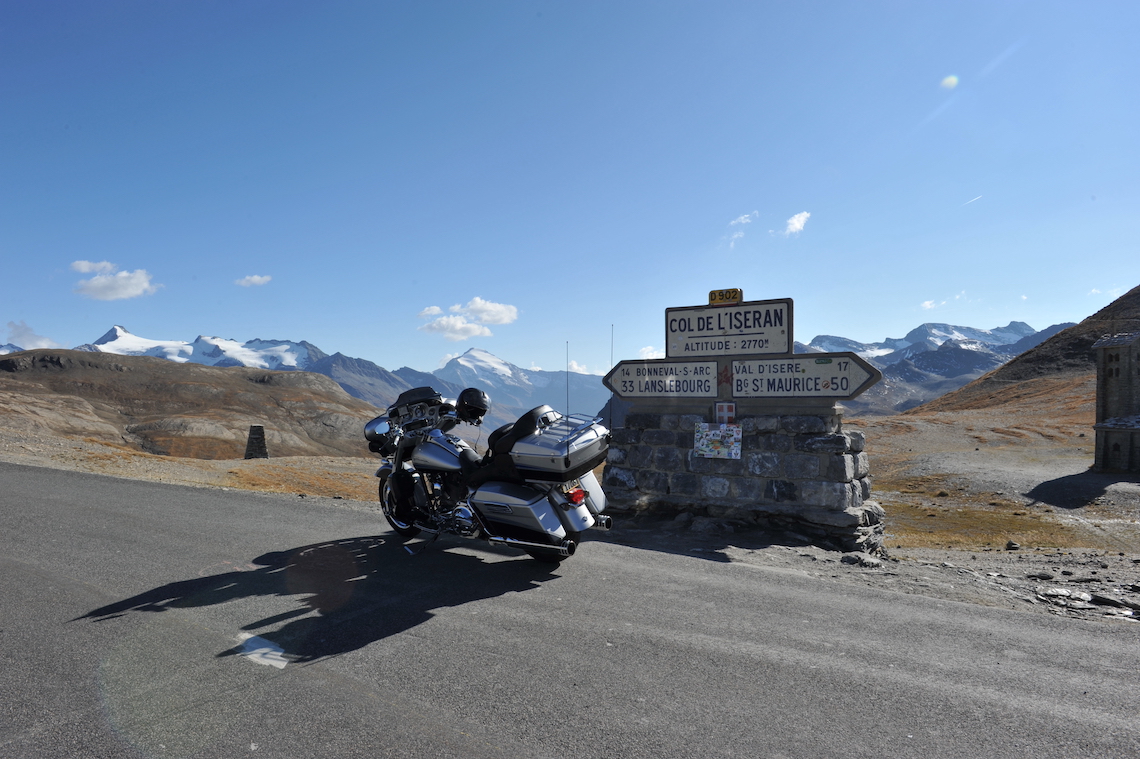 All this changed though when a few years later young Kurt saw Easy Rider and the motorcycle of his dreams. “I daydreamed about riding Captain America’s bike and saved like mad to buy one,” recalls Kurt. “Each coin I earned would go into the Harley piggybank. Having a drink with friends, going out and holidays were all scratched from my wish list. I had only one ambition: to own a Harley Davidson.”

Kurt’s dream was finally realised when in 1974 he emigrated to South Africa and bought a Harley Davidson Sportster. Working as a game ranger, he spent the next few years developing a taste for adventuring by bike, exploring the continent and all it has to offer the two-wheeled traveller. “My Harley and I drove many roads from dirt and sand to tar all over South Africa,” he says. “We travelled through Lesotho, Transkei, Ciskei, Bophuthatswana, Botswana, Rhodesia and South West Africa. I slept in tents, cooked for myself, and made my own T-bags (tail packs) from leather.” A true ABR, then, nobblies or no.

Although a personal passion, it would be several years before Kurt could turn his love of adventure riding into a public service. “I’d joined various motorcycle clubs in Switzerland and South Africa and been to rallies and ride outs with them,” he explains. “Camping, parties, drinks and smoking didn’t appeal to me; I couldn’t identify with these kinds of rides. I wanted to discover various areas from different countries with my motorcycle, places close to nature where you can feel the wind and smell the flowers and trees. So I began searching for unusual routes.”

Kurt started planning ride outs for his various clubs, rides with themes and points of historical and natural interest. Soon, his take on motorcycle touring became so popular he was made club road captain and tour director. “Each tour had a name or a theme like ‘Searching for the caveman’, ‘Snake and spider tour’ or ‘tracking the elephant trail’. People loved it; they wanted to discover these places more deeply, and a new reason to ride was born.” 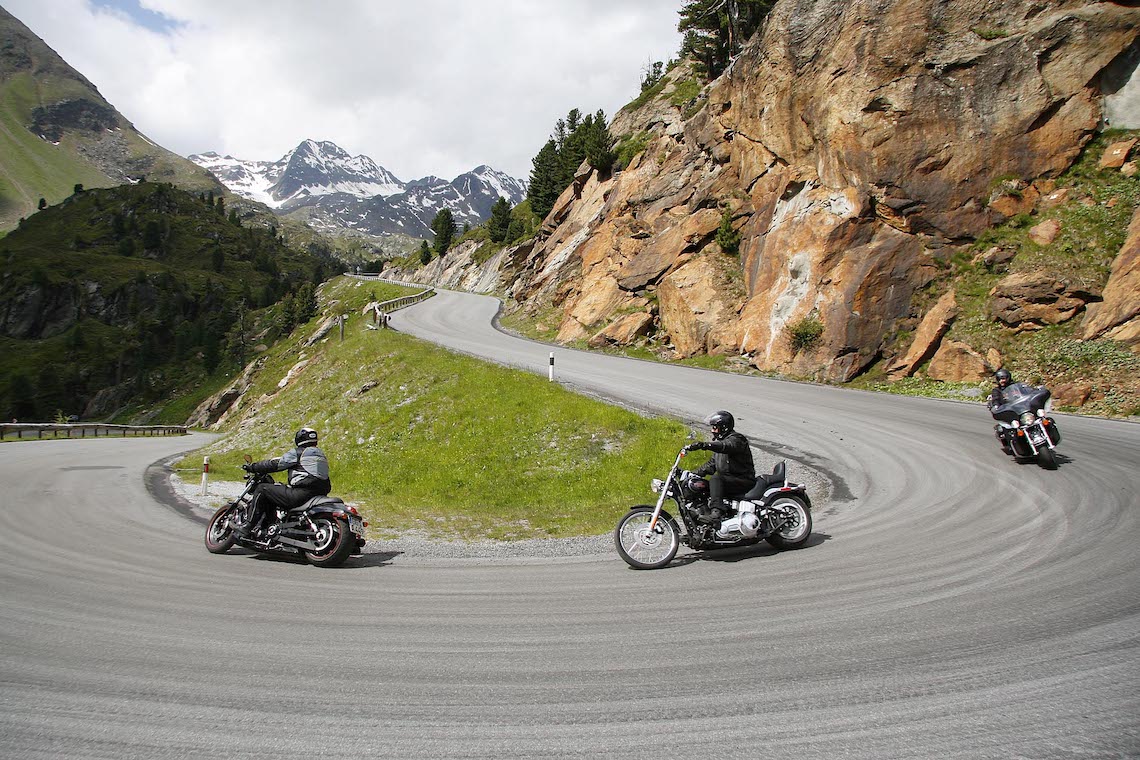 He returned to Switzerland for good in 2002, but it was in 2010, when he was retrenched from his role as a sales and technical advisor that Kurt began making his ideas for a new kind of bike tour a business reality. “I’d had the vision for my tours for many years,” he says. “But there was lots to do to get Twincruiser up and running. I wanted to offer motorcyclists the chance to see different places and people, so they weren’t just riding from A to B and missing everything in between, but instead enjoying the experience of a country’s customs, attractions and nature from a new perspective.”

With the support of his wife, Wil, Kurt began laying down plans for Twincruiser, plotting tour routes around his native Switzerland from his base in Bremgarten, 3 miles outside Bern, and working out costings. “In the beginning, it was hard,” he admits. “Many tours were done at a loss but each time I was richer and wiser for the experience.”

With each tour, Kurt gradually refined the Twincruiser formula, choosing little-known roads with breath-taking scenery and small, exclusive, family-run hotels serving up fresh local cuisine. Soon his all-inclusive luxury tour packages began to grow in popularity and Twincruiser was ready to expand. The company now offers tours in France, Italy, Croatia, Istria, Austria, Germany, the Nederland’s, Ireland, Scotland and South Africa as well as three different Switzerland tours. “All our tours are suitable for men and women,” he says, “although we do offer a nine-day ladies-only Bike and Wellness Tour, with duty-free shopping in two cities and spa treatments alongside spectacular riding.”

Kurt plans and devises every Twincruiser tour himself, from the route to the recce rides. “Each tour is first planned on a map according to the points of interests in that place and then entered into the GPS. I then ride the route, check for road works, change it, adapt it and control time and mileage,” he says. “I find out the shortcuts or highways in case of really bad weather and also where I can get a mechanic, doctor or a hospital and the police in case of an emergency. A one-week tour takes four-to-five weeks preparation, booking and planning.” 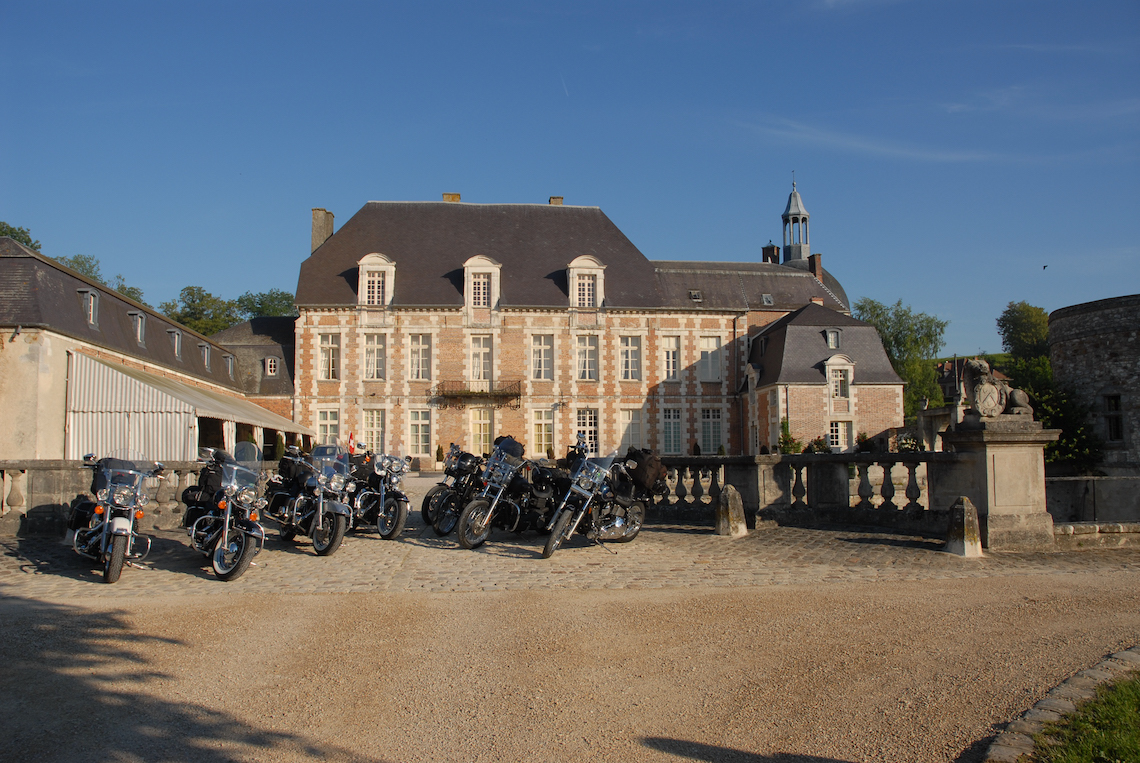 Amid all the planning and organising, Kurt also gets to enjoy the relaxing highlights of his tours while conducting his research, soaking up the experience as a new client would. “I search for special or historic restaurants and hotels, meet the owners and staff, stay in the rooms, try out the pool and spa, taste the meals, visit pubs and chat to the locals. To quote Oscar Wilde: ‘I have the simplest tastes. I am always satisfied with the best.’”

As well as coming up with ideas for new tours, Kurt leads about 80 percent of Twincruiser’s rides himself aboard one of his two beloved Harleys or occasionally a hired Triumph or BMW. “Most challeng- ing are definitely the Alpine tours,” he says. “Many riders underestimate them. Difficulties arise mainly due to the endless hairpin bends, the altitude and sometimes the drastically changing weather conditions. Most popular are our private tours with just two-to-three riders. My favourite kind of tour though is any when the weather plays along and participants are motivated and I can surprise them and make them happy. South Africa therefore is really nice; daily sunshine and absolutely unique wildlife and nature.”

On some tours, Kurt enlists the help of local riders with an intimate knowledge of the area. “We travel deeply, not just seeing more of everything, but offering a unique, quality experience,” he explains. “I cannot know everything about an area; I need to rely on locals. Our local guides are familiar with their regions and can explain it in far better detail than I could. It’s also my way of supporting local businesses and giving clients a close encounter with the people living there.”

Besides the obvious perks of riding a motorcycle through beautiful places for a living, the best part of Kurt’s job is his customers. “I love meeting all sorts of people and characters while being outside, surrounded by nature,” he says. “The challenge is always to please our customers at an affordable price. The downside is that sometimes people are unappreciative or want the impossible. It’s frustrating when bike owners spend a five-figure amount on their machine and then want a top-quality motorcycle holiday for as little as possible.” Being a tour guide, the ups far outweigh the downs, though. “On a perfect day, I wake up to the whistling of birds long before the sun rises. I have an outdoor shower, get dressed and meet the clients. Together we ride into the sun along a road that follows a river or a canyon and stop for breakfast in a little café and watch the sun rise. Then cruise along a road that follows the sea and look out for dolphins and wales, and much later, reach the bush camp where a heard of elephant is there to welcome us.” 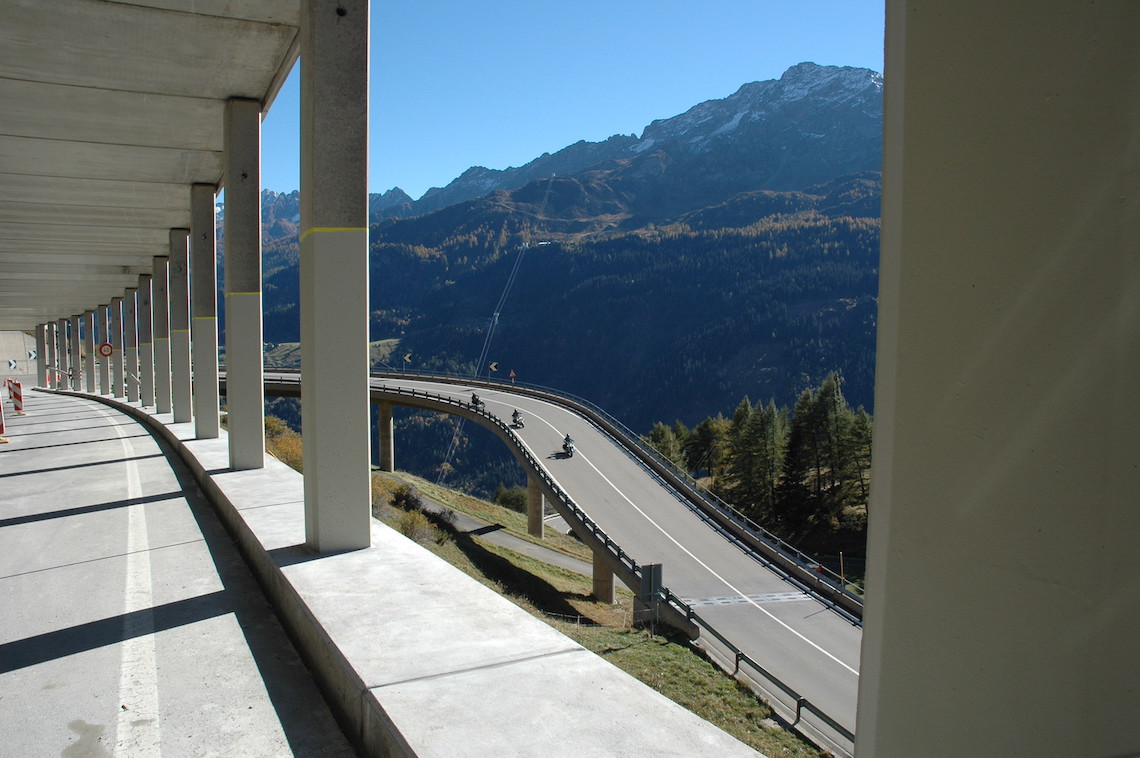 As perfect a day’s riding as this all sounds, Kurt’s not resting on his laurels. With a special Scotland tour planned for 2013 and another ladies-only tour in the pipeline, Twincruiser’s mix of luxury, learning and adventure looks set to go from strength to strength. Ever the dreamer, though, Kurt has his sights set on a 5,500-mile tour of Europe if time and money were no objects. “Where else can you meet so many different people with so many diverse languages, dialects, customs and tradition within such a short distance?” he says. Where indeed? And for the man who made his boyhood dream of owning a Harley a reality, there’s no doubt that one day he’ll make it happen.

For more information about Twincruiser’s tours and services, see www.twincruiser.org/uk