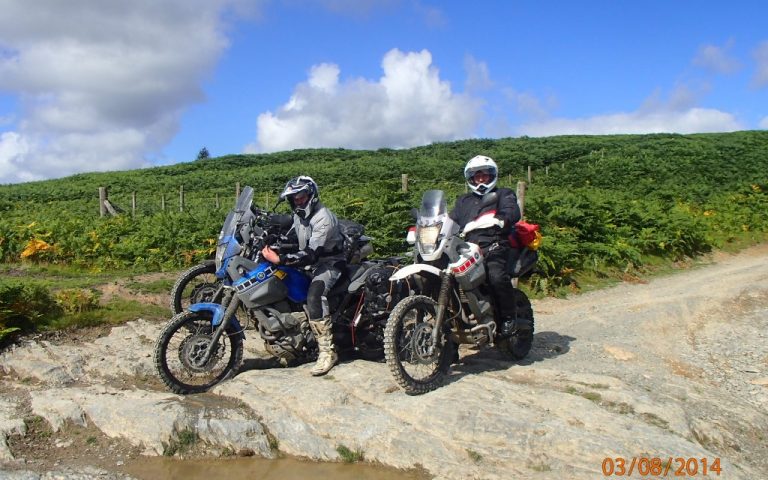 It might seem like a harmless action, but lending your bike to a mate without correctly insuring it could land you in hot water. Andrew Dalton explains more…

I let my mate borrow my battered and cheap spare trail bike. It was my first trail bike, and I kept it as it’s worth half of bugger all. It’s insured third party at £49.00 a year. My mate wanted to try riding off-road. He has his own road bike, which is insured.

Whilst out trail riding, we got pulled by a copper on a quad, who was perfectly civil. He asked us about insurance and an MOT. We were both given producers, something I thought had gone out of fashion with the ark, but in line with our producers, we both ‘produced’ at a station, together to a desk clerk who was an officious mare.

So, both of us have been summoned. Me for allowing my bike to be used uninsured, and my mate for riding uninsured. He is on six points, I am on three. This was an honest error. We weren’t doing anything wrong, but my mate is worried sick he will lose his licence and I am not especially relaxed about it either. What should we expect?

Unfortunately, the Magistrates have absolutely no option for your mate. Legally speaking, he is buggered and he will get six points for no insurance. There are no particular aggravating factors, but nor is there any defence. He will be on a tot up ban of 12 points.

At this point you might expect me to advise you to get a lawyer, but I really cannot see that a lawyer is going to make any difference.

You have committed the offence of allowing the use of the motorcycle on a road whilst it is uninsured. Your state of knowledge is no defence in court.

There is some old law which says that if you made proper enquires and were reassured that the policy covered the third party use, then you might have the beginnings of a defence, but it is self-evident that you did not check the policy, you did not rely on any representation from your mate, you simply made the assumption, which is all too commonly made, that a policy for one bike covers you third party on lots of other bikes.

This was almost always the position 15 or so years ago, but since the rise of ‘comparison websites’ in order to bring prices down, the insurers offer progressively less and less cover, and before you ever borrow a bike, or more importantly ever lend a bike, you need to check that the other rider is insured under his own policy.

You might not think it, with nine points on your licence, but you have actually got away quite lightly. If your mate on his trail bike had seriously injured somebody else, your insurers would have to meet any damages from that injured person, and they would certainly be coming after you for it, because you allowed the bike to be used on your insurance but outside of your contract of insurance.

Long gone are the days where you could lend a bike to a mate on the simple rule of ‘you bend it, you mend it’. I will lend people my bike, but only once I have got their policy of insurance in my hand, I have checked it, and I have taken a copy of it.

I know, I am a cautious lawyer, but I have seen people lending bikes, or more particularly, selling bikes and not cancelling the insurance, getting themselves into the most horrendous difficulties.