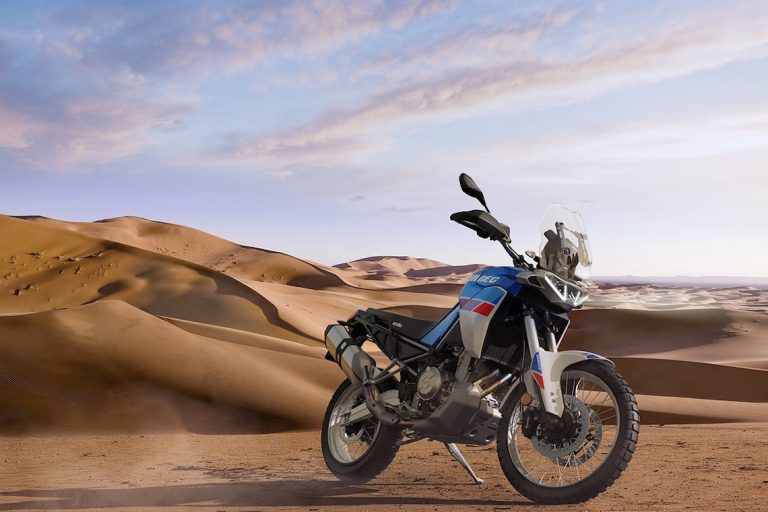 Two years on from its initial tease at EICMA 2019, Italian manufacturer Aprilia has finally lifted the lid on its entry to the mid-weight adventure biking world, the Tuareg 660.

It’s a bike that has got us pretty excited in ABR HQ since we spied those first shots of an adventure bike that harks back to the era of Aprilia Dakar entries in the ’80s and ’90s. But, there’s more than just heritage that’s interesting us.

After our first look at the initial specs sheet, we reckon that Aprilia has set its sights firmly on the ever-popular Yamaha Ténéré 700 with the Tuareg. So, what are the headlines? 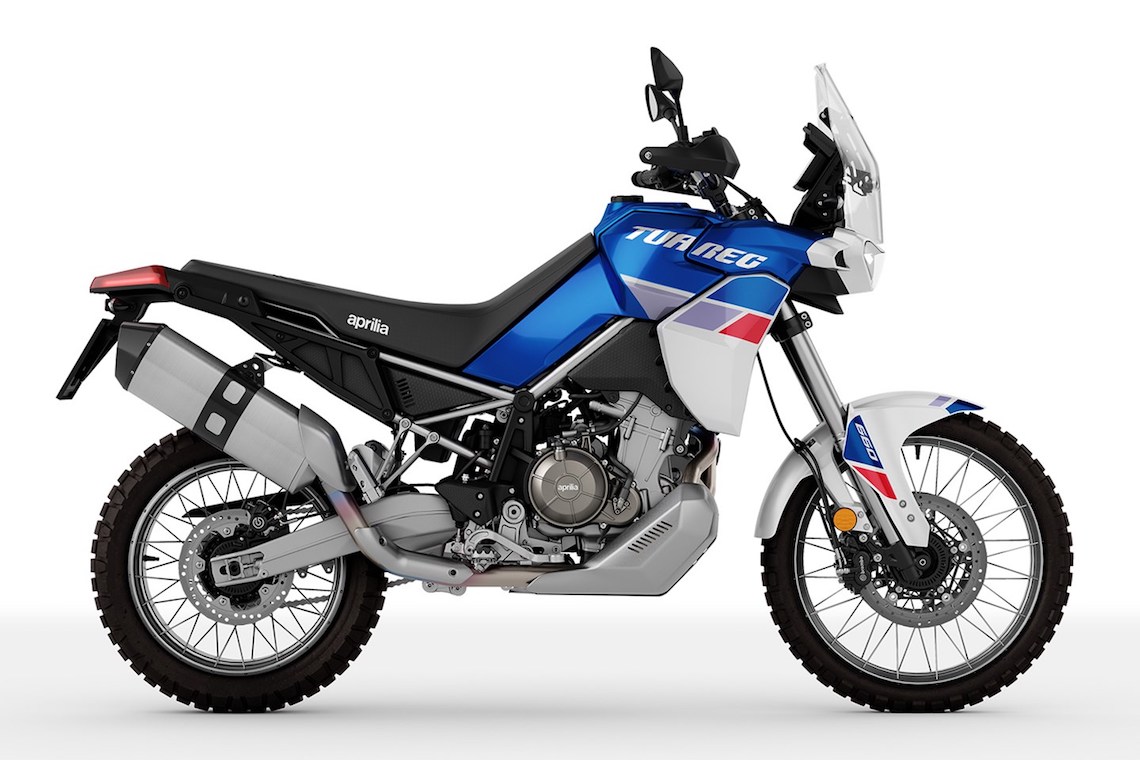 Immediate first impressions are good. Of course, beauty is subjective, but we love the stripped-back, rally-esque looks of the Aprilia Tuareg, while the popularity of the Ténéré 700 suggest we’re not the only ones who think the same way.

The bike is built around a 659cc twin-cylinder engine, plucked from Aprilia’s sporty RS660, but it’s been detuned to add more low-end grunt at the expense of some of a few horses at higher revs.

The result is a power plant that produces an impressive 80bhp and 70Nm torque, fractionally more than Yamaha’s offering on both counts. Keeping the motor fed is an 18l fuel tank, which should offer ample range for days spent touring.

Suspension looks ready to hit the trials, with 43mm USD forks at the front and a rear monoshock providing an impressive 240mm of travel at both ends. Brakes come from leading manufacturer Brembo, and feature switchable ABS at the front and rear, which should be useful when riding off-road.

The stats sheet also suggests it will be a manageable bike on the trails, with a relatively (for an off-road ready adventure bike) low seat height of 860mm and a dry weight of 187kg. While we’ll have to wait to put it to the test for ourselves, there’s no doubt that those initial figures make the Aprilia Tuareg 660 an impressive bike on paper. And that’s not all… 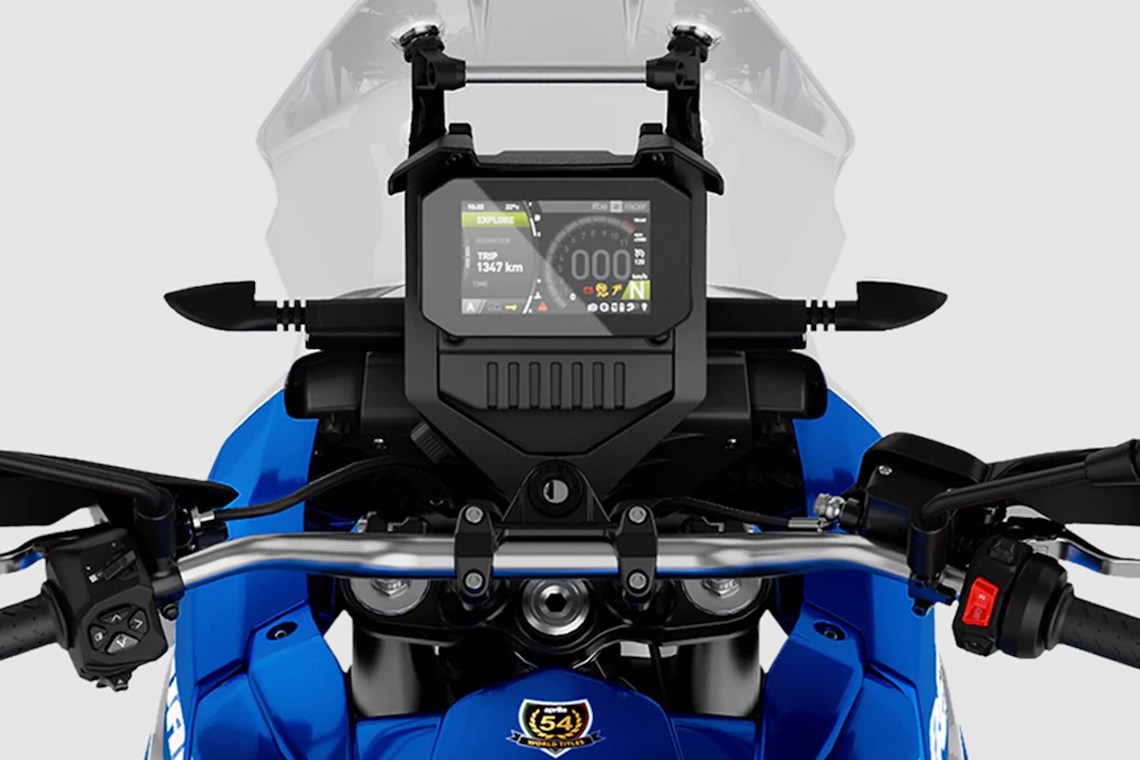 While what we’ve seen so far suggests that the Tuareg 660 could be ready to go toe-to-toe with the Ténéré 700, lucky buyers will get much more tech and electronic rider aids on Aprilia’s new adventure bike in comparison.

While we’ll have to see how all of this tech performs out on the road, it’s great to see a rugged and ready mid-capacity adventure bike equipped with the modern technology you expect to find on bigger adventure bikes.

There’s no word on pricing or when the Aprilia Tuareg 660 will hit UK dealerships, but when we find out we’ll be sure to let you know.

For now, you can check out Aprilia’s first look video below and subscribe to the ABR Bulletin for weekly updates from the world of adventure biking.