Is it time to upgrade your motorcycle suspension? 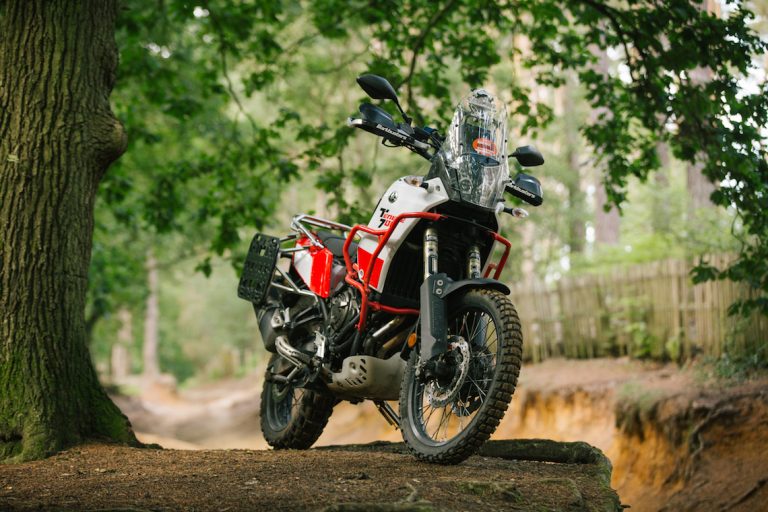 ABR’s Chief Bike Tester Julian Challis explains how by upgrading your motorcycle’s stock suspension, you can transform your riding experience.

Ask any serious motorcycle tuner about improving your machine and you’ll get a simple reply. Uprating and properly setting up the suspension on your bike is the single most effective performance upgrade that you can make.

Whether you keep to the blacktop or enjoy tackling a few green lanes, you want to take on the Stelvio Pass or just whip along a few B-roads closer to home, your bike’s suspension is key to enjoying your riding experience.

So, before you think about changing the exhaust end can, before you search online for power commanders, and before you even decide it will run better on super unleaded, improving and fine tuning the springy bits at either end of your scoot will have the most dramatic effect on every aspect of your riding you’ll ever make.

While we like to spend our money on trinkets, it seems that investing in the bits that will actually make our bike easier and better to ride is perhaps further down the list.

Just as this was true back in the day, it’s equally true now. And while a few of us might be a little long in the tooth to take to the start gate these days, upgrading the suspension on our adventure bikes will have a similarly transformative effect. We might not be taking the chequers at Farleigh Castle, but nailing those sweeping fast bends on your favourite road without stepping even a millimetre off line comes pretty close. 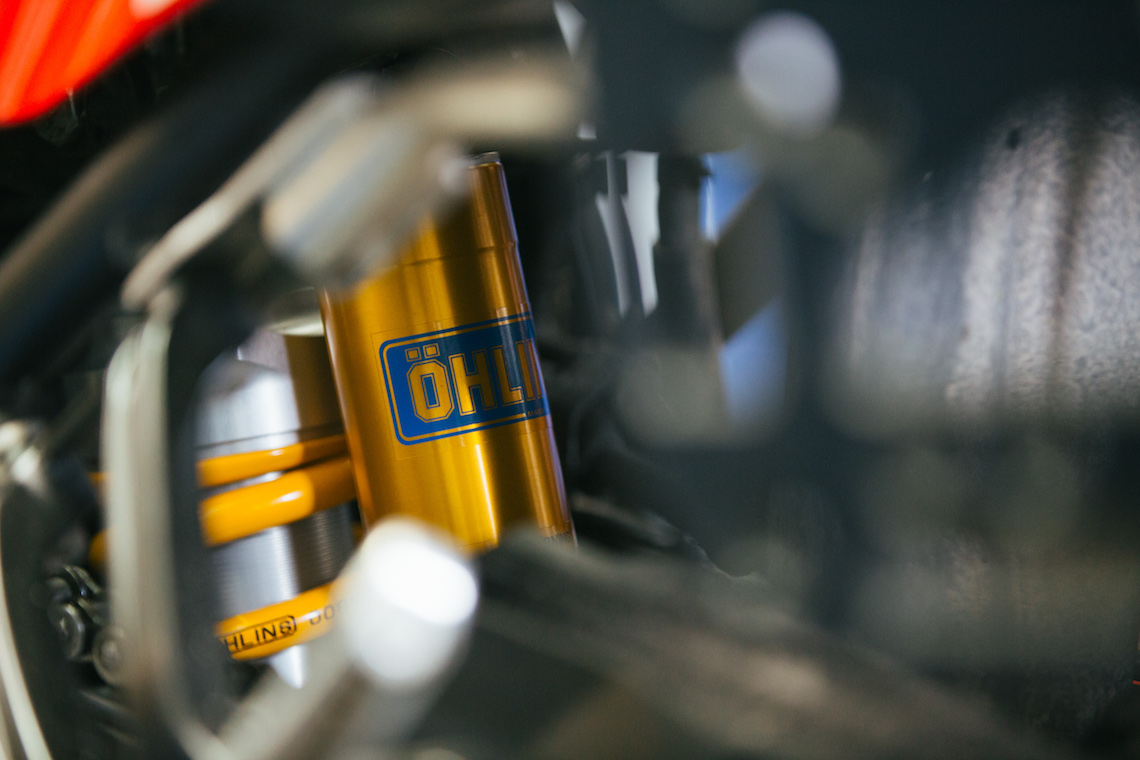 Time for an upgrade?

To prove the theory, we sent regular ABR contributor Pierre Maelzer over to BG Motorsport at Silverstone armed with his relatively stock but heavily accessorised Yamaha Ténéré 700. Now, we could have buried our heads in the shed and tried fitting the new suspension ourselves, but when the opportunity arose to get it installed and set up by a team of skilled professionals, a service that costs about £200, we made the wise choice to go with the pros.

The T7 comes with adequate but ‘built to budget’ suspension that will perform fairly well in most situations, but after a year or so of use on tarmac and green lanes, Pierre was looking to improve the bike’s handling and general road manners. And as an official Öhlins’ service centre, BG Motorsport were happy to take on the task.

After weighing the bike and the rider, and thoroughly quizzing Pierre on his riding requirements, the technicians got to work, stripping out the stock KYB forks, linkage, and shock with a few deft twirls of the Snap-ons.

In its place, the front end was treated to the Öhlins FKA 114 Front Fork Kit (£900 plus VAT), and at the rear the YA 818 Shock Absorber (£849 plus VAT) was silently slipped into place like a butler entering the drawing room. The forks are that rich gold colour, and at the back, the yellow spring with the gold piggyback reservoir and remote adjuster just screams ‘factory bike’ cool. 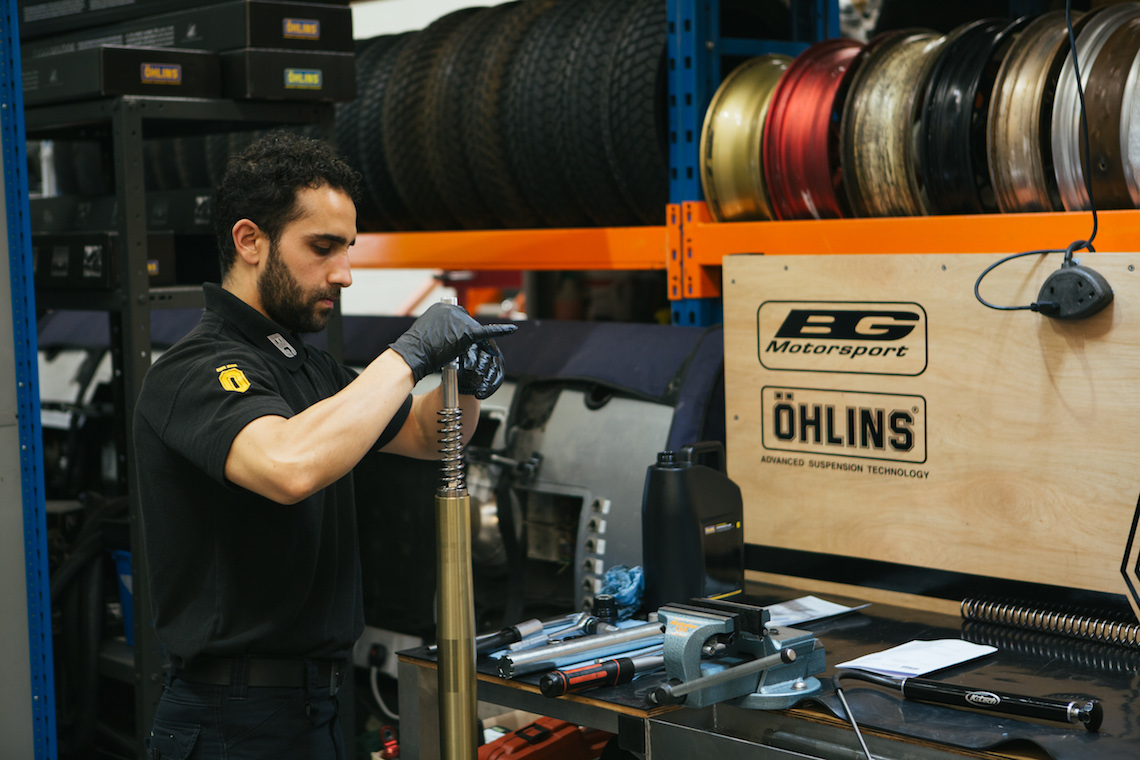 But it’s not just looks that count. The forks are fully adjustable, the right leg handling rebound damping, and the left looking after compression damping. Separating the different functions is common to motocross bikes and it’s good to see the tech making its way to adventure machines, with the adjustments requiring a 3mm Allen key to prevent accidental changes. You can also alter the preload of the springs in each leg with a 14mm socket on the top nut, meaning that you can easily change the setting to cope with additional luggage or passengers.

At the rear, the shock unit is similarly adjustable. Changing the preload  requires just a twist of the beautifully crafted adjuster, whereas alterations to the compression and rebound are adjusted at the bottom and top of the shock unit.

As with many customers, getting his bike set up properly was not something that Pierre was entirely familiar with, so as part of the installation service, Öhlins’ service centres will do this all for you prior to you rolling out the door, sort of like a Dakar pit crew but maybe a tad slower. 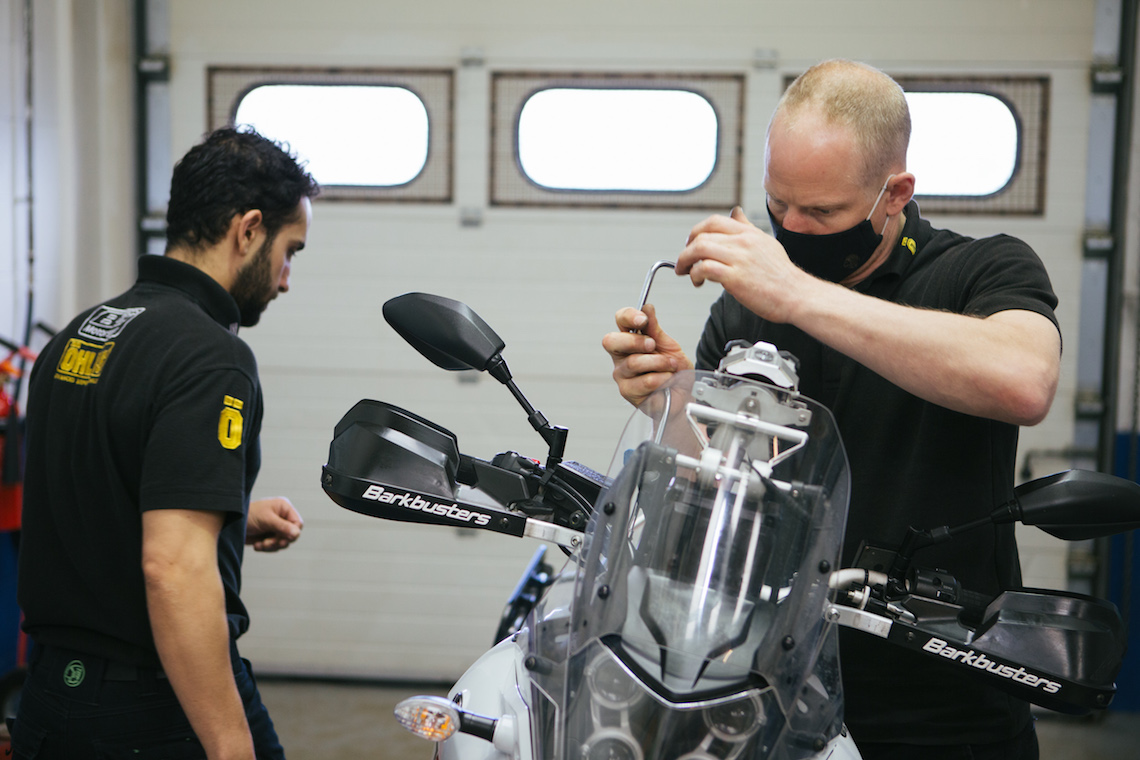 So, was the suspension upgrade worth it?

To get the full measure of the Öhlins units, I took Pierre’s Ténéré out on the 20km AX41 Adventure trail at the Adventure Bike Rider Festival. Now, from the moment I first rode the Ténéré at the launch back in 2019, I was a fan, but just like the XT660 model it replaced, the limiting factor with the Yamaha was the suspension.

Getting the full Öhlins treatment was always going to improve the bikes performance and handling, so I was keen to see the effect on the latest incarnation of the Ténéré. Luckily, Pierre and I are roughly a similar build, so save from tweaking the rear preload a tad before I headed out, the set up was spot on.

Out on the trails, the bike was just so beautifully taut and precise. You can put it exactly where you want to and it will stick to the ground like muesli in an old cereal bowl. The steering becomes more responsive, you can put the power down earlier, and the bike will hold a line better than you can ever image.

From whoops to braking bumps, broadsiding gravel roads to trickling through the woods on the pegs, the Öhlins kit is spot on. It transformed the bike’s performance.

I caught up with Pierre to find out what he thought of the suspension upgrade on his bike, a few weeks after it was fitted.

He said: “As soon as I sat on the bike, the changes were evident. Instead of the usual sag, the bike moved very little and felt generally more taut and poised. Out on the road, the ride felt much more stable and in control, with very little of the previous diving on braking into corners or squatting under acceleration. With the bike feeling much more controlled, you can get on the power far sooner out of the bends without any fear of things getting out of shape.

“And when it came to heading off the road onto the trails, the difference was huge, particularly at the front which was soft and used to bottom out on big hits on the stock forks. With the Öhlins units, I’ve yet to hit anything that even comes close to this. I’ve never bothered much with suspension on my bikes in the past, but having seen how much the Öhlins units have improved the bike, I wish I had done.