Filtering in the UK and the law 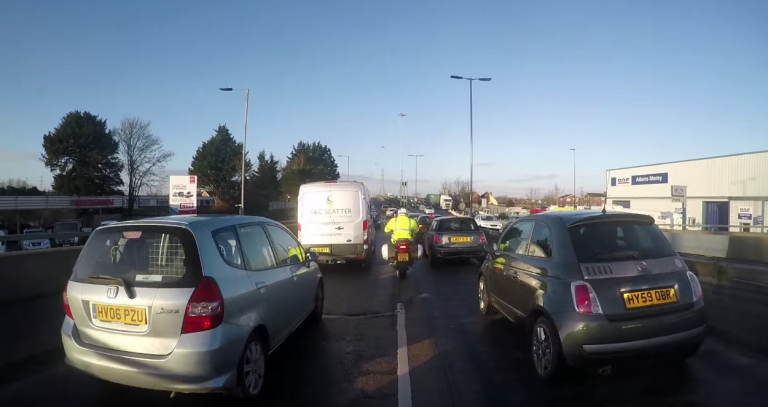 Filtering in the UK is legal, and also one of the benefits of owning a bike, allowing you to ride past tailed-back traffic on busy roads. But, who’s at fault if you have an accident while moving past traffic? Andrew Dalton has the answer.

I draw a distinction between ‘filtering’ and overtaking a queue of slow-moving traffic. Filtering is not really practicable for very wide bikes, and even on my single-cylinder Husqvarna 701 if panniered up with my Krieger ADV side bags, I have to change my filtering behaviour.

As a former motorcycle courier, I filter. A lot. I regularly ride from Dalton Towers in the Chilterns to the High Court in Central London so, when considering filtering, I do so from both a legal and pragmatic position, and there is an unusually helpful overlap between the law and good sense.

The first point is ‘are you overtaking rather than filtering?’ If you come across a queue of traffic backed up to a roundabout, and you pass along to its outside, you are overtaking, not filtering.

The law places upon you clear duties, and upon drivers clear duties, you, as a motorcyclist are in a place which is both lawful, but not typical (at least outside of the M25), so you must ride so that you can brake in time for foreseeable hazards. 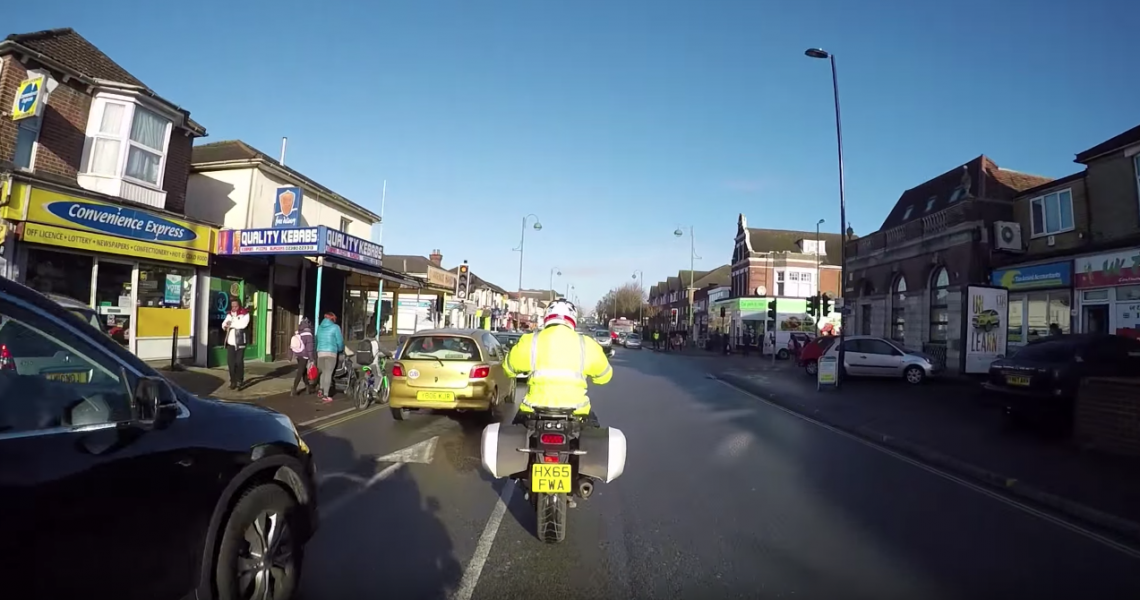 Overtaking and the law

The Highway Code also applies to you, and it is clear that you should not overtake by junctions. The law as to vehicles being overtaken is well established.

A vehicle being overtaken must maintain a steady course, and the old rule of ‘mirror, signal, manoeuvre’ applies in a queue of traffic, so the driver must check his path is clear and his manoeuvre will not ‘inconvenience, endanger or incommode’ other road users.  The driver also has a continuing duty to give way and an expectation that he will move to the crown of the road before turning right so his indicator is shared to everyone and not just the car behind him.

However if you whip along the outside of a large van or a truck, unsighted as to what is going on ahead of you, and clatter into the back of a car turning right, you are in a lot of difficulty establishing blame against anyone as you have ridden well beyond what you can see and, if you cannot see the car driver looking ahead, he cannot see you in his door mirror.

So, if you cannot see what is going on ahead of you, slow down, position yourself to get a look and be ready to cover the brake. The reaction times for an anticipated hazard are massively quicker than for a surprise hazard.

The second test that applies is ‘what is a foreseeable hazard?’ The law says a driver does not have to anticipate ‘folly in all its forms’ but ‘where experience shows carelessness is common… [the driver] is bound to pay regard’ to such carelessness.

So, in a classic scenario, if you are bowling along the outside of a queue of backed up traffic, experience will tell you that cars may well turn right into garage forecourts or junctions, or at the front of the queue someone will be waiting to turn right or pass a broken down vehicle.

In those circumstances absent excessive speed or sudden movement from the car, the Courts inevitably find the turning driver and the overtaking motorcyclist are equally to blame. Both of you have failed to anticipate each other’s carelessness and the law does not go into fine graduations of blame. A lively speed from you and your culpability goes up but, if the driver has not signalled, his culpability goes up, perhaps to entirety of blame. 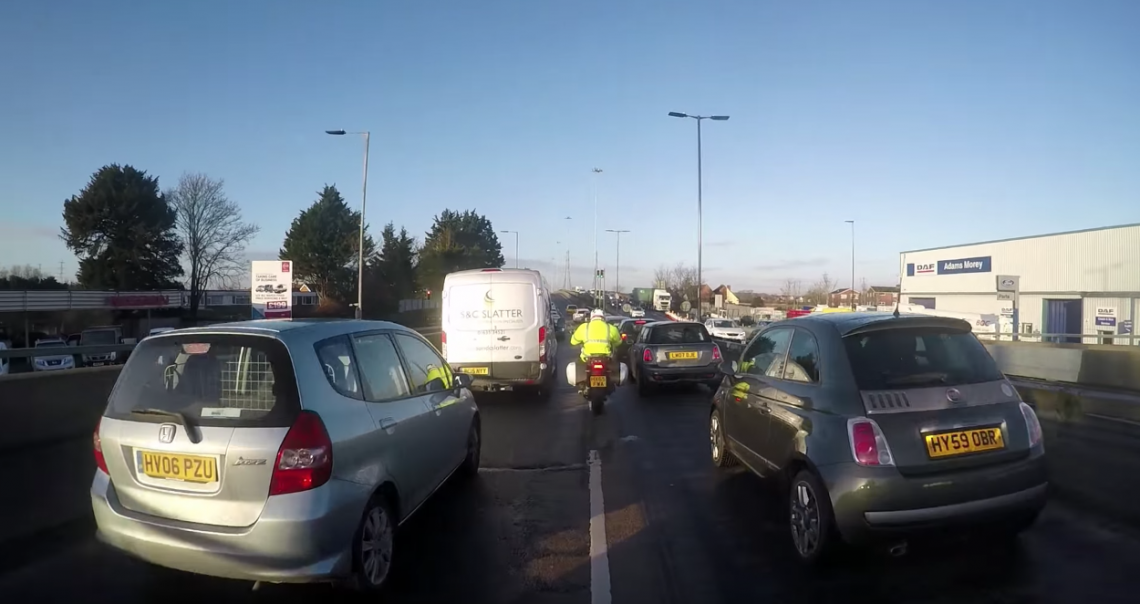 There is one particularly helpful case to motorcyclists where a biker was overtaking backed up traffic on a single carriageway when a driver in the queue executed what was described by all the witnesses as an impatient and aggressive u-turn.

The general run of the evidence was that the motorcyclist was travelling too fast to pull up, but the Court found the motorcyclist to be entirely without blame, because the driver executing a u-turn was doing something which was unusual, and even if the motorcyclist had been travelling at 20mph, when a car suddenly moves into view, without having positioned itself towards the crown of the road, and not troubling with an indication, there is not a great deal the motorcyclist can do.

Filtering in the UK

I drew a distinction between overtaking a queue, as it is something which motorcyclists can do lawfully by taking advantage of their ‘nimbleness and narrowness’, which a four wheeler does not have. At the risk of being pedantic, filtering is moving between flows of traffic, creating your own lane.

Again, the general proposition applies. The more unusual your manoeuvre the greater the duty of care. In Central London, bikes thread their way through traffic, drivers (at least if they are Londoners) are used to it, but do it in a provincial market town, and it is a lot less expected.

The law applies across England and Wales and is well established, you can use your speed, manoeuvrability and lack of bulk, but you must be able to pull up for foreseeable hazards.

The golden rule, to avoid both a trip to Court and the fracture clinic, is not to assume that ‘your’ bit of road will not be occupied by someone who also thinks that that bit of road is his too. If you ride into an area of road, especially if you are doing so in a less than expected way, it is a safe bet that on one of those occasions someone else may be doing the same, but from a different angle.

And no matter how ruffty tuffty your MX boots are, a car’s bumper is a lot tougher. Equal blame, but not equal pain.

For more information, and a video on safe filtering and overtaking in traffic, check out our previous article here.