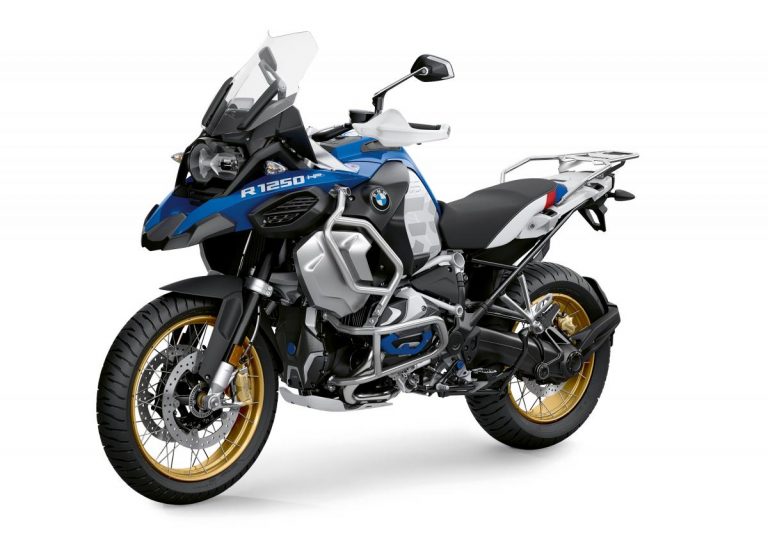 BMW has announced that it will be releasing an updated version of the hugely popular R 1200 GS Adventure, the BMW R 1250 GS Adventure, in 2019. While it’s not particularly surprising that BMW has announced an ‘Adventure’ variant of the 1250 GS, the fact that they’ve revealed their intentions just a few weeks after unveiling the updated standard model is, with the German manufacturer typically making us wait a lot longer for the world-conquering version of the bike.

The BMW R 1250 GS Adventure will build on the stock BMW R 1250 GS model (which was announced at Intermot last month) by adding a collection of tweaks to make it more comfortable, have an extended range, and be more competent in the dirt.

The bike will feature the same, all-new 1,254cc boxer engine with ShiftCam technology as the 2019 BMW R 1250 GS, though it adds a 30L tank (as opposed to the 20L found on the standard bike) and it’s been beefed up to handle the abuse that a life of adventure will give it. As such, it comes with redesigned engine and tank protection bars as standard a new galvanised radiator cowl and a new cover on the oil intake snorkel. 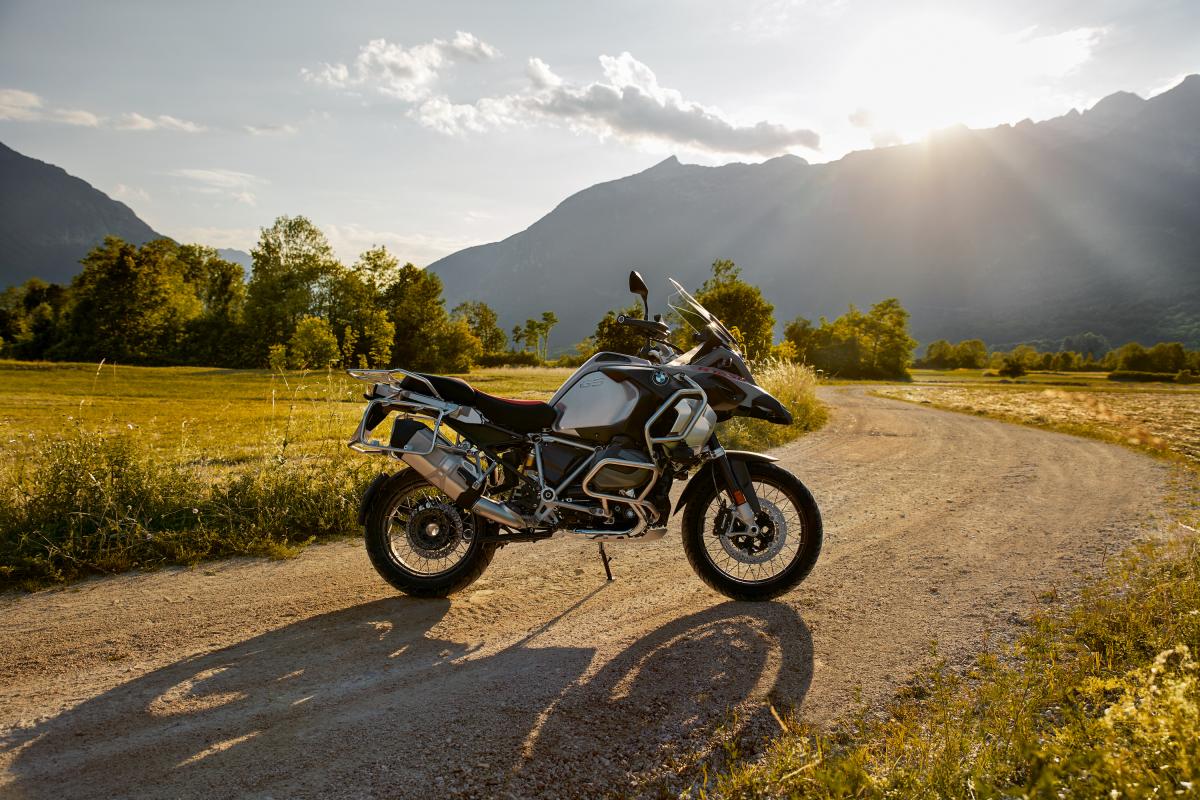 With this large capacity tank, the BMW R 1250 GS Adventure is seriously equipped to munch miles. Couple this with improved efficiency offered by the new engine, and BMW claims that the machine will get 62mpg, offering a massive 400 miles from one tank.

The most exciting update however, is the inclusion of the new ShiftCam technology, which is said to improve efficiency, reduce emissions, and improve power and smoothness at any speed. Having ridden the new R 1250 GS in October, we can confirm that it’s an impressive upgrade.

Available in three variants, each with its own colourway, Basic (Ice Grey), Style Exclusive (a Kalamata (olive brown) metallic matt) and Style HP, which offers front suspension extension, frame guard, gold cross-spoked wheels, a rallye seat and BMW Motorsport colours. Whichever the version you opt for, it looks as though the R 1250 GS Adventure will offer a commanding, battleship-esque road presence. Despite its bulky appearance, the bike will offer six different seat versions of varying heights ranging from 800 to 900mm. 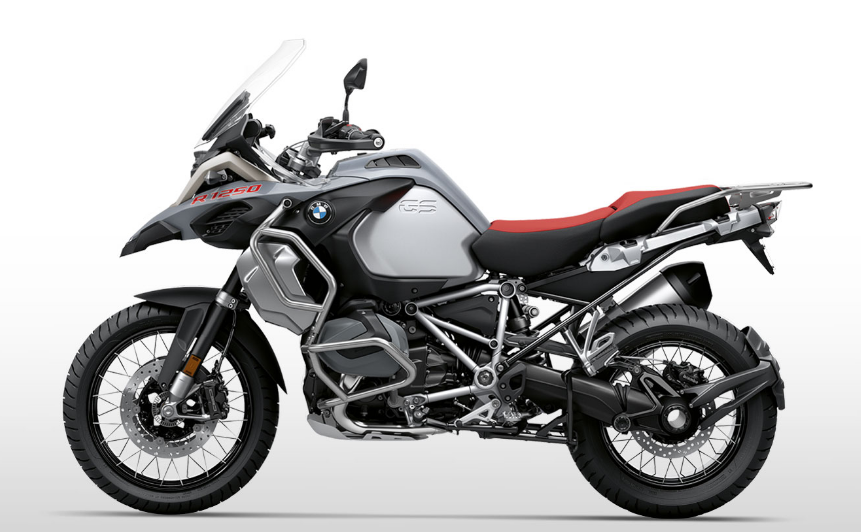 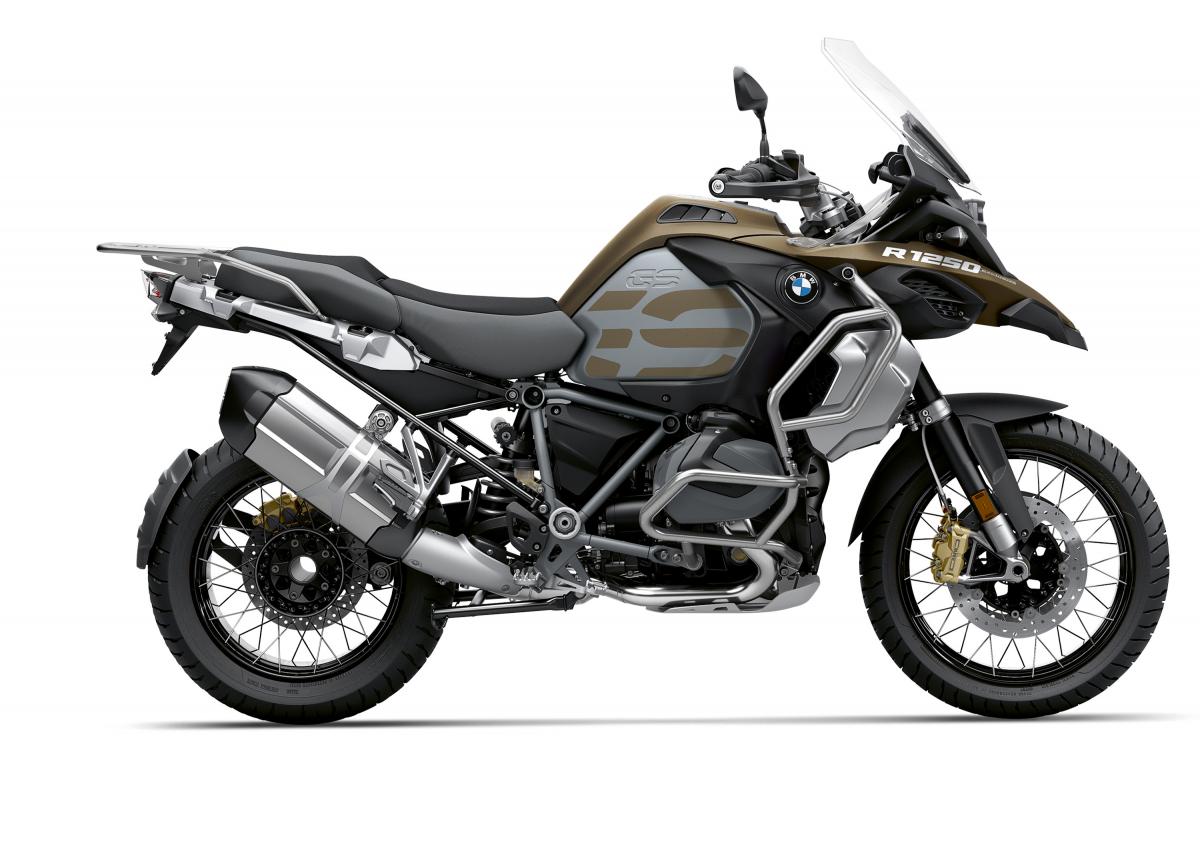 Prices have yet to be revealed for the R 1250 GS Adventure, but we’d expect it to be around the £17,000 mark before you add any of the extras.

Adventure Bike Rider was on the launch of the new BMW R 1250 GS in October, and the full review of the bike will be coming in the November/December issue of the magazine (which you can get here), but if the BMW R 1250 GS Adventure offers the same improvements that the standard model does – BMW has just made a very good bike even better.