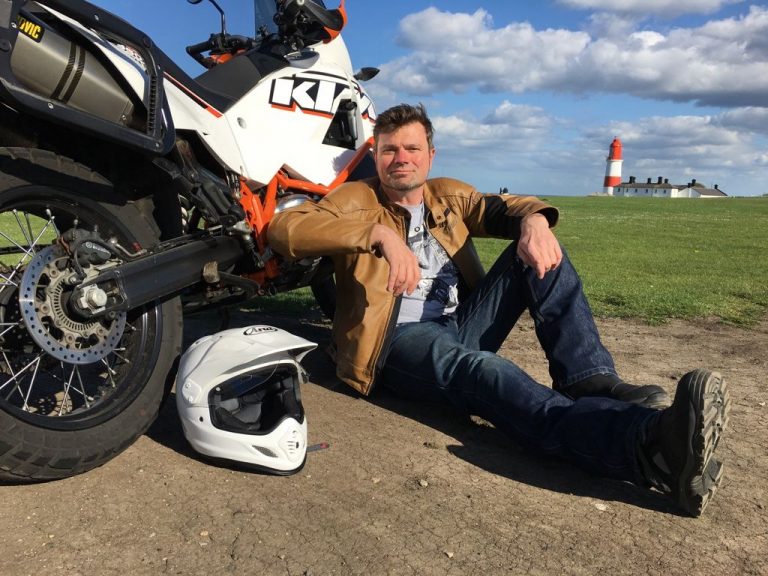 Honda CBR600F, brand new after passing my direct access test. I used it for holidays, camping and track days.

There’s a rumour that BMW are bringing out an “M” range of its bikes. Now that would be worth a look at.

Mountain passes. My favourites include the Tremalzo Pass, the Grossglockner, the Gardena Pass, Baralacha Pass, and the Amalfi Coast road.

I like to mix the rough of the road with the luxuries of a hotel, shower and beer.

Retire early and ride as many countries as possible to get more pins in the wall map.

Breaking my shoulder bone after a front wheel slide on a solo trip through Europe.

I’ve got a few. Topping out with a bratwurst on the Stelvio Pass, completing the mountain mile at hair raising speeds on the Isle of Man, and doing my first solo trip around Austria and Slovenia.

My good lady Fiona, although I’m working on her to join me on a trip as pillion rider.

I f you could meet any person, dead or alive, and ask them one question, who would it be and why?

Barry Sheene. I had a poster of him on my wall as a boy. I’d ask who would win in a race between him and Rossi?

I used to date a girl with a lazy eye, turns out she was seeing someone else the whole time.

Want to be featured?
If you want to be a reader exposed in a future issue of Adventure Bike Rider, email james@adventurebikerider.com and if we feature you you’ll get a free year’s subscription to the mag. You can’t say fairer than that, eh? 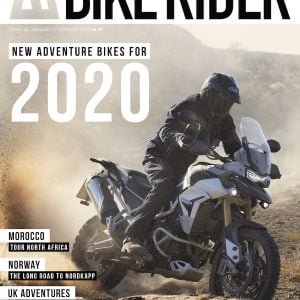