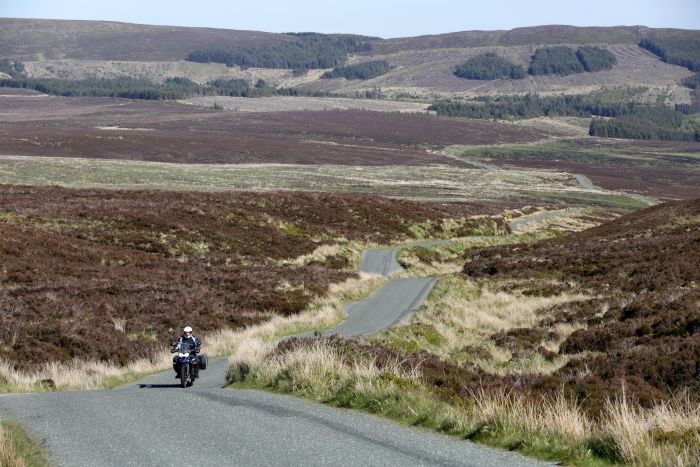 Here at ABR we love a decent mountain pass… Stunning scenery, a mix of corners and less frustrating traffic clogging up the roads. There’s just something much more mesmerising about riding at altitude rather than being on the flat.

In honour of that fact, ABR teamed up with TomTom in issue 29 (Jul/Aug) in an effort to reveal the three highest passes in England, Wales, Scotland, Northern Ireland and the Republic of Ireland.

Subsequently, we believe we may have inadvertently created a British road trip of epic proportions. It would be rude to keep it to ourselves, so we thought we’d share them all with you. Without further delay, here are the highest (and some of most incredible) passes in the Republic of Ireland.

The road through Sally Gap, through the Wicklow Mountains south of Dublin, was built by the British Army to make it easier to flush rebels from the hills after the Irish rebellion of 1798, and to this day is known as the Military Road. These days, rather than giving the army a better view of the rebels, it provides spectacular views of the Glencree valley, the dark waters of Lough Tay, Kippure Mountain and Glenmacnass Waterfall.

During the Second World War, when Ireland was neutral, Glencree’s Visitor Centre housed Luftwaffe pilots who crashed in Ireland as well as German agents who were captured trying to plan anti-British activities with the IRA.

>>> Interested in more stunning roads? Be sure to check out the three highest passes in England by clicking here

Another great spot in the area is the ancient monastic settlement at Glendalough. Monks arrived in this beautiful wooded river valley in the 6th Century for a bit of peace and quiet. Unfortunately they forgot to tell the Vikings, who raided the monastery four times, the Normans, who pillaged it once, and Henry VIII, who finished the job with the Reformation. Today, it’s one of the best preserved monastic sites in Ireland.

Also worth a visit are the magnificent formal gardens at Powerscourt the inspired fabrics and colours at reinvented traditional weavers Avoca and Avoca village itself, the setting for the Ballykissangel TV series.

And the ride? The road from Dublin is motorway and dual carriageway, then well-surfaced open sweeping single carriageway through the hills, sundappled woods, lakes and rivers of Wicklow, Dublin’s back garden, to the pretty villages of Roundwood and Laragh. In Laragh, follow the Sally Gap sign up over the high moors on a decent and twisty B-road. And stop halfway at Glenmacnass Waterfall for a great photo.

If you want to stay locally, Aughavannagh Cottage, beautifully restored by owner Dave Deighan, is up a leafy lane in a wooded valley with a stream burbling through the garden. 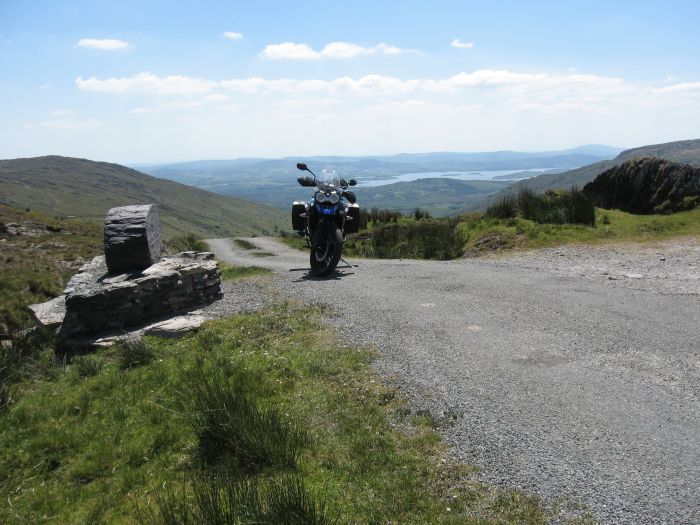 When Ireland was under British rule, Catholic masses were banned, and being a priest was not the healthiest of occupations. Pursued by soldiers across the mountains, one spurred his horse to make a miraculous leap from a peak in Kerry into neighbouring Cork.

Today, stand by the stone which marks where the horse took off, gaze down at the fabulous view of Bantry Bay, and let your imagination wander…

The road there from Dublin via Cork is motorway, turning into dual carriageway then A-road to Kenmare, an attractive town of pastel buildings with lots of good restaurants and lively nightlife. It’s a good spot to base yourself for exploring the Ring of Kerry, a great ride, or the forests and lakes of Killarney.

From there, take the N71 south for six miles towards Skibbereen, then turn left at the sign for Priest’s Leap up three miles of very minor road. The first mile is tarmac, the next farm track and the last hard-packed gravel which looks mildly intimidating in places but is a doddle even for wusses like me.

And once you get there, the view of Bantry Bay from the pass is Stunning and lots of sheep wearing oxygen masks because of the altitude.

Start and finish point: From Kenmare in Kerry, take the N71south for six miles, then turn left at the signpost for the Priest’s Leap to the top of the pass after three miles
Height: 462m
Incline: Moderate to slightly steep, from 100m to top
Length: Three miles 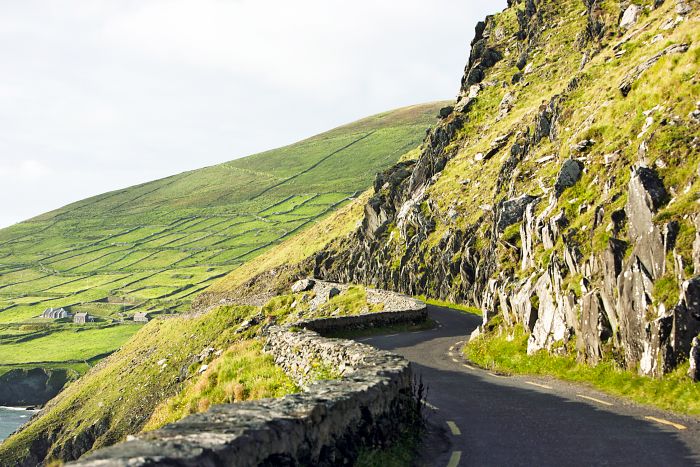 With its sinuous symphony of curves soaring up the mountain from Dingle and down the other side, this is a glorious biking road.

Start in Dingle, take a spin around Slea Head past the beach where Sarah Miles cavorted in Ryan’s Daughter, then climb on. You’re in for a treat.

In Dingle, take a boat out to see Fungi the dolphin, who’s been entertaining visitors for the best part of 25 years. Sample the huge whiskey collection in Dick Mack’s tiny, atmospheric pub and eat at the fabulous Global Village restaurant.

Start and finish point: Start in Dingle, then follow the Spa Road. You can continue after the top the 25 miles to Tralee.
Height: 409m
Incline: Moderate, from sea level to the top
Length: Five miles from Dingle to the top