Legal – Is an on-board camera a good idea? 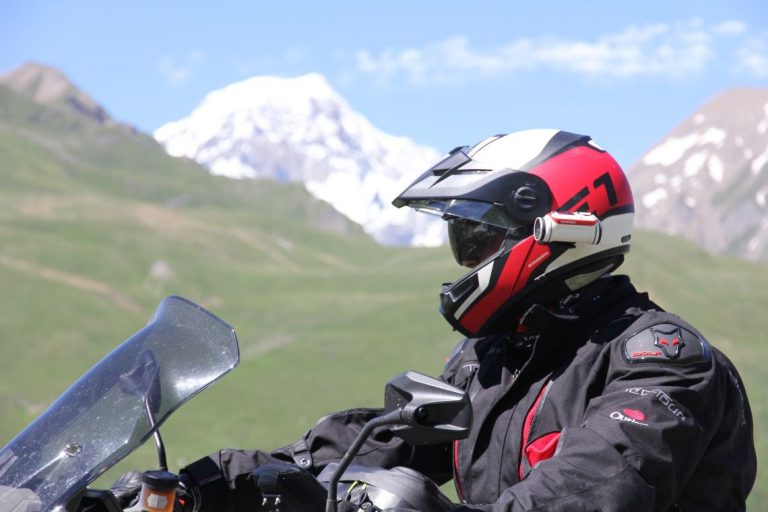 Your onboard camera can just as easily get you in trouble as it can absolve you of any wrongdoing, so is it worth using one while riding?

The GoPro or any of its cheaper clones, or indeed any other camera on a bike, is a double-edged blade. It cuts both ways, but should you have one? The answer is nuanced, but here is what you need to think about.

The classic selling point of a camera is to prove that some utter bungle arse T boned you. Bearing in mind that I have made my living out of motorcycle claims for the last 25 years, those types of collisions take almost no proving, so the value of the camera is pretty marginal.

It can occasionally kill off an argument raised that you were speeding, but regrettably, it can also prove the rider’s alleged speed or conduct, so for the more exuberant rider, an on-board camera is perhaps not the best idea.

On the lanes they can be useful, particularly when one of the mercifully small minority of antisocial horse riders decides to get the police involved for what they falsely allege to be inconsiderate riding on our part.

Quite often, the mere presence of a camera on a motorcyclist’s helmet will calm down the more shouty of the intolerant equestrians, and I have seen one absolutely beautifully videoed meltdown of a middle-aged and overprotective mother screaming obscenities at a motorcyclist who had stopped his bike and killed his engine to let equestrians past on a byway.

That proved to be very useful, because the woman in question reported the motorcyclist to the police for riding on a bridle path and terrifying the horses, and it was the mother who finished up with a police caution for her foul tirade. She was on foot and the video showed some mildly perplexed horses observing mad meltdown woman.

But cameras can get you into trouble. I will limit the Police and Criminal Evidence Act observations I make to England and Wales, because I know that Scots and Ulster law is different.

The law relating to seizure of evidence dates to 1984 and is certainly debatable whether the police have any power to seize a camera fixed to your helmet, but one mounted to your motorcycle is more likely to be able to be seized in evidence.

The police powers are set out in Section 19 of the 1984 Act and it gives the police the power to seize evidence (and a recording is evidence) in a vehicle or premises. Whilst I could argue that ‘on a motorcycle’ is not ‘in a vehicle’, I might be on a sticky wicket, but a camera affixed to a helmet is not in a vehicle however liberal the interpretation.

I have had this discussion on and off, with a number of road traffic police officers, and the general propositions seem to be these:

Some of the younger and perhaps more technical police officers I spoke to said that if I raised Section 19 with them, told them they did not have the right to seize the camera and specifically asked under which power they were seizing it, they would desist and probably send me on my way.

An older, and it has to be said a tougher, police constable said that if I did not hand the camera over, he would arrest me for obstruction and let the Magistrates sort out whether or not he could lawfully seize the video footage.

This relates to the statutorily unknown and entirely fictional but often used ‘Police Ways and Means Act’ because, according to some of the more old-school coppers, they have their own ways and means.

If the Magistrates took a ‘purposive view’ of the Act, namely its purpose was to assist in the detection and prevention of crime, and therefore the Act should be interpreted widely, then you may find yourself prosecuted not only for an offence captured on video, if indeed there is one, but also for obstructing the police in the course of their duties.

Therefore, my general proposition is this:

If you are an exuberant rider, who regards speed limits as merely advisory to other road users, and double white line systems as optional, it is probably a good idea not to video yourself, so live without a camera. If you are, in the main, a pretty sensible rider then they might prove useful. I tend not to bother with one on my road bike.

I do have one for when I am out riding the lanes. However, an on-board video camera would not be able to find a criminal speeding charge, and I have only ever come across charges arising from onboard footage following a collision at which the police have attended, the most frequent offence being crossing a solid white line.

I note that cameras show a very limited viewpoint, and it is rare that video footage that clients have given me over the years, in various road traffic collisions, has proved the case very much one way or the other.

The most useful function it performs is that there is a live recording of what happened at the time, which can point out when somebody is lying. The most obvious example I have had in practice was a young rider who was involved in a roundabout side swipe.

Whilst the video itself did not prove who was to blame, it did prove that the driver, in his statement to the police, was being economical with the truth. It did not show how the collision occurred, but it showed the other driver to be if put charitably, a little confused as to his road position, and that was enough for the young chap with the GoPro to win a case which would otherwise have almost inevitably gone 50/50.

It showed the driver to be lying as to where he started on a roundabout, where he finished and where the motorcyclist was, thereby rendering his version of events utterly useless.

What is surprising is that the police who attended at the time did not notice a GoPro on the side of the rider’s helmet, because that would have easily dealt with the matter, but I suspect the police had better things to do than worry about a minor injury side swipe on a roundabout.

If you are an exuberant rider but you want the comfort of an onboard camera then I would suggest rather than a GoPro affixed to your helmet you would be better off with a bullet camera discreetly positioned on your own motorcycle, but if you are involved in a collision, you will have no choice but to disclose that evidence if the case goes to a civil claim (even if the evidence shows you up to all kinds of mischief and shenanigans), and do not ever assume a video camera will prove very much at all.

It gives a fixed viewpoint from one angle of a multifaceted occurrence, and that’s if you remembered to turn the damned thing on!