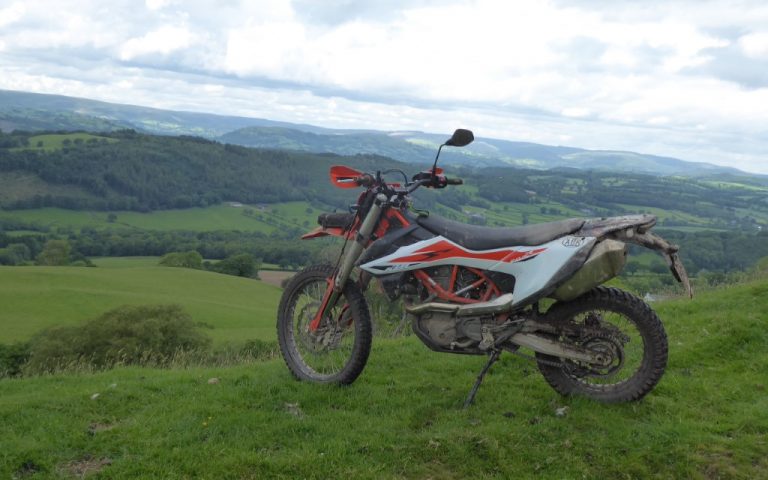 Julian Challis has been living with the KTM 690 Enduro R for two months, so how’s he getting on with it?

It’s been my first two months with the 690 and, having subjected it to a suitable range of challenges, I’d have to say that it’s already ticking the boxes pretty damn well.

Wanting to assess the stock bike rather than heading down the rabbit hole of aftermarket trinkets too soon, the sole additions have been a set of obligatory ABR stickers, and the only adjustment has been removing the left-hand mirror – hardly Pimp My Ride!

With the off-road forays planned for later in the month, the first few weeks of our relationship saw far more urban riding than anything else, and the 690 R has proved to be an unexpectedly good city bike. The high bars, tall riding position and narrow profile is ideal for slicing through the traffic, as is the ‘point and squirt’ power delivery.

It might not be what the bike is really designed for, but commuting on the 690R would be a real possibility, turning the daily grind into a daily blast. The dual sport Mitas E07 tyres also respond well to the city-based riding, offering good grip in the wet, and, as seems to be the default weather for this summer, the pouring rain.

So, having acquitted itself admirably in the concrete jungle, it was time to head the KTM for more expected surroundings and venture off-road. Conveniently, the Bristol TRF’s Summer Weekender was in the calendar, and with my trusty KTM EXC250 side-lined with a sheared bolt in the gear shaft, the 690 R got the call up.

Last year I took my Yamaha Ténéré on the trip and the result was a partially dislocated shoulder and four weeks off the bike, so I was certainly hoping for a slightly more enjoyable outing on the KTM. 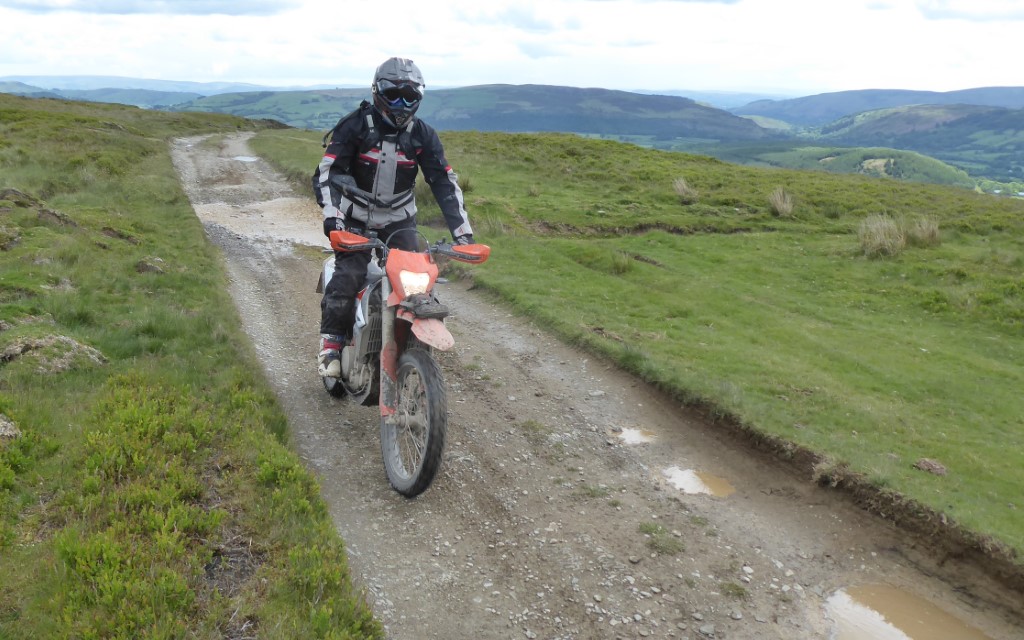 At 9 AM on a damp Saturday in June, sixteen of us headed out from the biker’s café in Llandovery for two days of riding. The burly 690 looking a tad out of place among the EXCs, Husabergs and Honda CRFXs. Was I going to be the weak link in the team and spend my time holding everybody up and swearing at the bike as in 2018? I hoped not…

Nothing could have been further from the truth, the 690 rose to the challenges of the weekend like a seasoned pro, clocking up over 250 miles effortlessly. As with my first ride on the KTM on the Cotswold leg of the TET, the bike’s familiar geometry and feel, not to mention the top-notch suspension, allow it to excel on the trails, tackling the worst and the best that the Welsh landscape could supply and blasting out the other side.

Admittedly, the front tyre wasn’t the happiest on the muddy sections and wanted to step out if pushed on the bends, but once you adjusted to this you could get on and enjoy the ride.

And when it came to the rocky sections, as long as you had some momentum, the tyres gave almost trials levels of grip and drive, far better than I might have expected.

Even when faced with the multiple challenges of riding the Strata Florida, the 690 simply aced all the river crossings and almost tank-deep pools without a murmur, the high air intake of the 690 lump an undoubted advantage in such extreme situations.

The KTM performed as well and maybe even a bit better than the usual EXC – impressive stuff.

What I’m not a fan of, however, is the ABS, which turns itself back on every time you kill the motor, and the fact you can’t toggle between ‘on’ and ‘off’ without stopping the bike. As I’m happier to ride without ABS on the road than with ABS off the road, the system remained turned off for most of the ride, contrary to the bike’s attempts to persuade me otherwise.

I also wasn’t particularly impressed when the side stand kill switch left me struggling to get the bike going during a particularly a heavy rainstorm, only to discover a tiny stone in the hinge mechanism was causing the issue. Not a major problem, but I’m certainly going to be looking for a solution to avoid a repeat!

All in all, it’s been a good couple of months with my new squeeze, and I’m enjoying the KTM 690 Enduro R as much as I’d hoped. It’s time for the first service, some improved rubber and a few upgrades in preparation for taking the bike on the last part of the UK TET. Bring it on…