Interview: A Ride Through Life With Kurt Yaeger 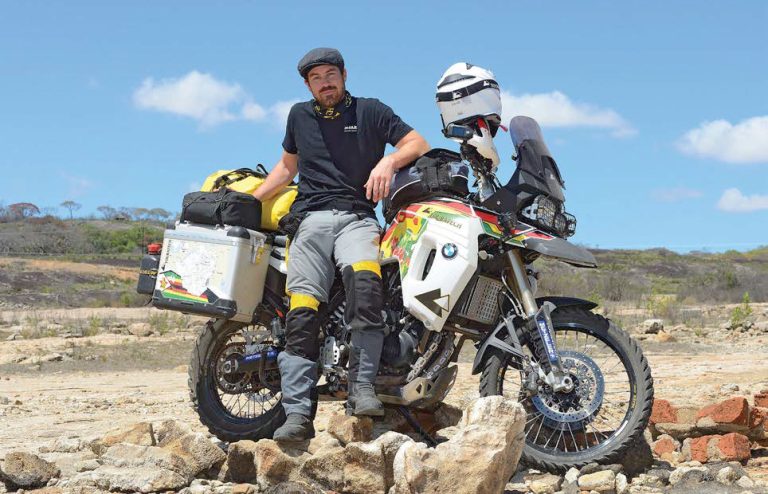 If Kurt looks familiar, it’s because you might have watched him competing at the X-Games, or more than likely you’ve seen him starring in the hugely successful Rudimental video, Waiting All Night, featuring Ella Eyre. The video has received well over 100 million views on YouTube alone, and if you haven’t had the pleasure (and pain) of seeing it for yourself, we suggest you Google it. It’s one of those rare occasions when a great song is upstaged by an even better video, which in this case was based on the true story of Kurt’s rehabilitation following a horrific riding accident.

Although watching the video is hard at times, the reality is that Kurt’s actual motorcycling accident – on which the Rudimental video is based – was just as life-threatening when it happened in California in 2006.

“I was riding my motorcycle too fast in San Francisco and lost control,” explains the former pro-BMX rider turned actor. “I ran into a guard rail and pole, then fell down a 40-foot embankment. I tore off my left leg, broke my pelvis, tore my bladder in half, broke seven vertebrae, collapsed my lung and broke a bunch of other bones. I was in hospital for over three months and had 28 surgeries. During the rehabilitation, I was in a dark place, mentally. I knew I’d never be as good as I was, and that I could never walk or run like before. There were a lot of things to figure out in my life.”

Kurt’s long road back to fitness required a prosthetic lower leg and was overseen by a tight circle of friends who got him back on a bike and helped him develop a magnetic pedal that would allow him to ride again. Kurt’s riding skills, however, are on a much higher level than most. We’d call it extreme riding, but he just refers to it as ‘freestyling’ – and the frequent bruises, bumps and breaks come with the territory. He’s snapped artificial legs while attempting backflips or landing big jumps and has often seen his ‘foot’ fly past him after crashing, although it hasn’t slowed him down one bit.

“It freaks other people out seeing my foot roll by, but I can’t feel a thing!” Following his accident and rehabilitation, it wasn’t long before he was back on a motorcycle, and while appearing at a fundraiser for veterans, he introduced himself to director and producer Kurt Sutter, who had created a globally successful crime drama show called Sons of Anarchy about the lives of a group of motorcycle outlaws.

“I told him that there wasn’t a motorcycle club in the world that didn’t have someone who was missing a leg, and that I could also ride a motorcycle better than anyone else on set. It was a 10-second pitch and I gave him my card and walked away, but a year later I got the call.” Kurt secured the role of character ‘Greg the Peg’ in Sons of Anarchy, which brought him to the attention of another director, Nez Khammal, who approached him with his idea for the Rudimental video.

For Kurt, it was important to be authentic, to tell the story about his accident his way and to feature his riding buddies, without whom he may not have recovered from the horrific injuries. BMX or motorcycle, the key message remains the same: here’s a story about a guy who never gave up. 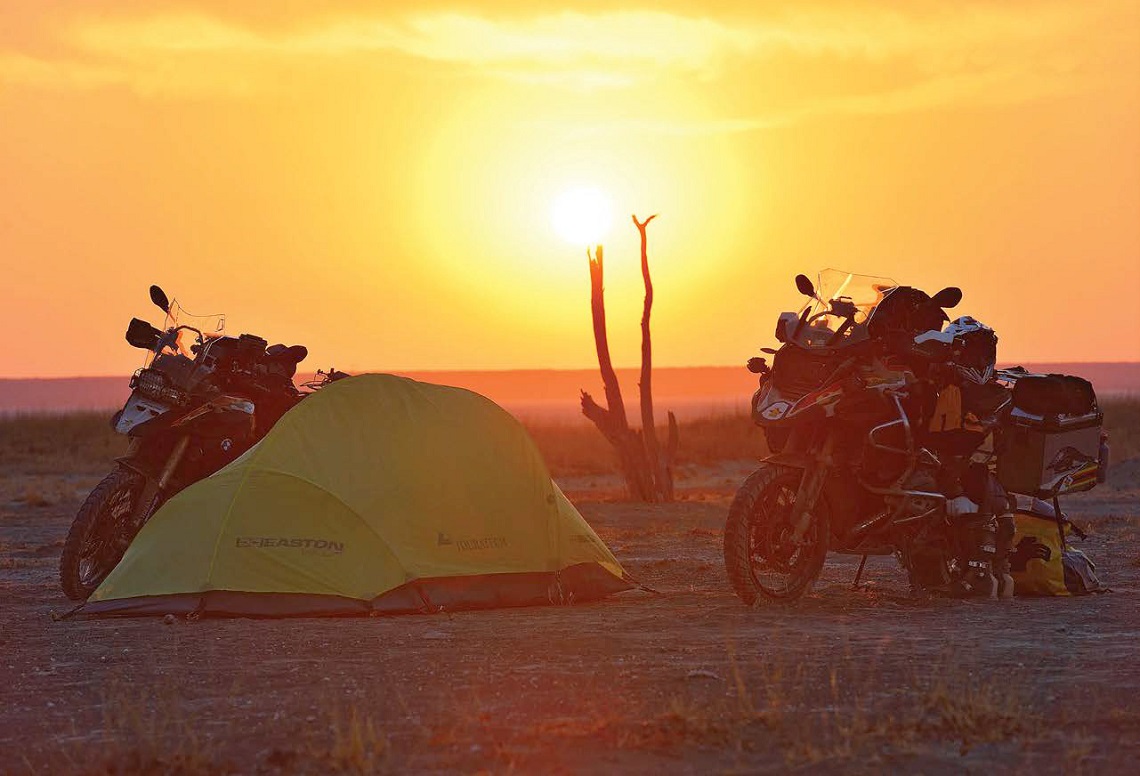 “The story was so close to home for me. Even though I’m an actor, I wasn’t playing someone else, I was playing me. That video really put my story out internationally and reached so many people, including many in need,” says Kurt, who has visited patients in hospitals that have lost limbs riding motorcycles.

“I get so much feedback that it’s actually impossible for me to keep up. I get a lot of fan mail and messages but when someone says ‘hey look, my brother is in a wheelchair’, or ‘my sister lost her leg, can you talk to her?’ then I try to do the best I can.”

To this day, Kurt continues to ride motorcycles several times a week, which is easier when you live in Los Angeles, where the weather is great most of the year. He has a couple of street bikes – a custom Ducati Bobber M900 and a Ducati M1000Sie, but dirt bikes and adventure bikes are what he enjoys most. “I’ve got a Honda CR250R and a CR450F.

There are so many good off-road places nearby and you have thousands of miles of off-road trails and open areas literally right around the corner. A fun spot to get away to is Hungry Valley, about an hour North of Los Angeles.” 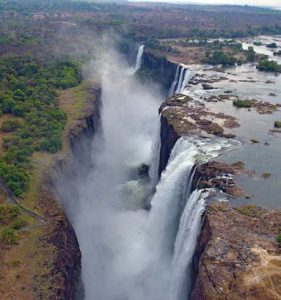 It’s not just lightweight dirt bikes that float his boat either; one of his favourite motorcycles is the BMW R 1200 GS. He’s got one of these at home but has also ridden them in trips to Africa and Canada. Kurt credits his passion for adventure riding to fellow actors Ewan McGregor and Charley Boorman, whose televised motorcycling adventures first inspired him to travel on two wheels.

“Years ago, when I first saw Long Way Round with Ewan and Charley, it made me want to do something like that on a massive scale. Man, it wasn’t that they did anything special, but whatever they did, it got out there and captured people’s imagination. I’d love to do a ‘Long Way Up’ trip with those guys.”

In 2013, he participated in an exciting journey through Zimbabwe, Zambia and Botswana with Touratech founder Herbert Schwarz. For this trip, Schwarz gathered together a band of overlanders, filmmakers and photographers for a journey of discovery in southern Africa. Their rides consisted of every series model of the BMW GS Adventure – from the original 2002 version to the latest liquid-cooled incarnation, and everything in-between.

“ZimZamBot was hands down the most awesome experience ever and travelling through all those African countries was freaking amazing,” enthuses Kurt. “I have to thank Herbert and his wife Ramona for opening their hearts up to me, showing me the ropes and allowing me to come on the trip with them. They were the best people I could have hoped to learn from on this epic journey and so much fun to travel with too. Great people, and I can’t wait to ride with them again.”

Having discovered what a GS is capable of, Kurt’s advice to owners who only ride theirs on the roads, is to “sell it to someone who will actually use it”. In 2014, he joined more than 120 people at the GS Trophy event in Canada, where 16 teams from 19 nations spent over a week up in the Rocky Mountains, riding several thousand kilometres through the provinces of Alberta and British Columbia, and taking on a variety of special stages and challenges along the way. Kurt was part of a media team presenting daily video highlights, but he refused to travel in a support vehicle – he rode every kilometre with the competitors and experienced the highs and lows alongside them.

“The GS Trophy really exceeded my expectations. It was awesome to watch the competitors, their skill and camaraderie, but this turned out to be so much more than a competition. I met more people in five days that I wanted to hang out with again than I did in a year doing anything else. This family of GS riders were from all over the world, with different jobs, from different socio-economic areas and with different political stances, but none of that mattered. We bonded because we rode motorcycles, looked after each other and helped each other out.”

And that’s Kurt’s philosophy in general – that the greatest thing you can do in life is to help someone and inspire them to try and be the best they can at whatever they do. “I’m always willing to try harder and keep pushing. If I were to die tomorrow, everyone would probably say ‘he never gave up’. That’s how I live my life. I still think there’s plenty of stuff that I can do better, so I’ll most likely wake up tomorrow and decide that I’m going to ride even faster than I did yesterday!”

As any adventure bike rider knows, there’s a whole world out there just waiting to be discovered, and there’s no point sitting at home dreaming about it. Looking to the future, Kurt’s advice is to get out there and ride. It doesn’t have to be far away, it just has to be different from your everyday existence so that the experience changes you in some way. Thankfully, there will always be new places and people to discover on two wheels, and Kurt wants to see as many of them as possible.

“For me the question is what places do I not want to go visit on two wheels? Hell, I want to see them all. A couple of months in Australia sounds good – or maybe a stint in China? Anywhere that is a little more remote, and less like the city. I like small-town travelling, seeing people who are normal folks just living life, and not wanting much except to talk to you to see what your story is.

That’s it! I want to go to the kind of places where people just want to exchange stories. Wherever that is, sign me up.” It’s been a heck of a ride so far for Kurt, who continues to campaign, fundraise and live his life at full throttle. Watch out for his latest character ‘McCurly’ coming soon to a new TV series called Quarry.