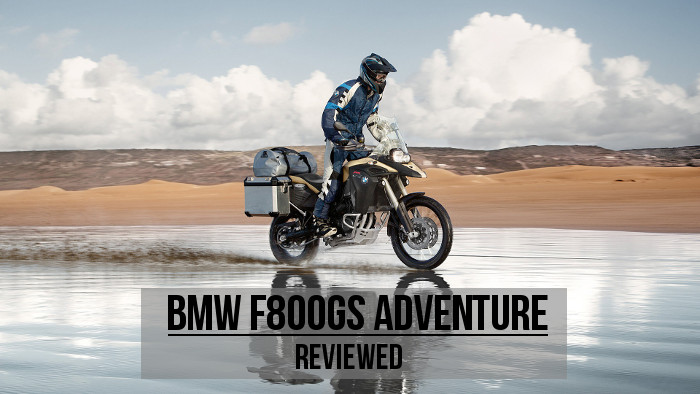 The standard F800GS is a common sight on UK roads but the same can’t be said for the newer F800GSA. With a range of modifications designed to turn the GSA into more of an off-road-ready machine, is it really worth the extra cash over the standard F800GS? Alun Davies considers the case for buying one.

The Harvard Business School will charge you northwards of $100,000 and take 12 months to tell you the theory contained in the next sentence. At the point where the benefits of buying a product outweigh the price, i.e. when the pain of not buying is too high, customers will buy. That’s saved you a few quid, eh?

If you’re not sure what I’m on about, a not so subtle example of this theory in practice is the price of breakdown cover. An AA salesman at a stand outside a supermarket will tempt you with a low rate.  When you’re out shopping the company knows that your car is probably okay, your immediate need for AA cover is below that of buying a packet of custard creams and they have to reflect this in the price if they want your business.

Give them a call that same evening on your way home, when you’re stranded in the cold and wet at the side of the road with smoke rising from under the bonnet and the cost of cover will be treble what you could have paid the salesman earlier in the day. And you’ll pay it, your needs are now greater than the price; and the pain of not buying is high.

Make no mistake, the 800GSA is a fine bike. It’s based on the tried and tested 800GS featuring the same frame, swingarm, engine and forks, although the suspension settings are different. By modern standards, it’s not what you’d call fast or powerful, but keep those revs up and it is a machine that’ll stay comfortably in the hustle with the 1200 brigade. In fact, there’s nothing really not to like, the only question is do the GSA extras warrant the extra £960. 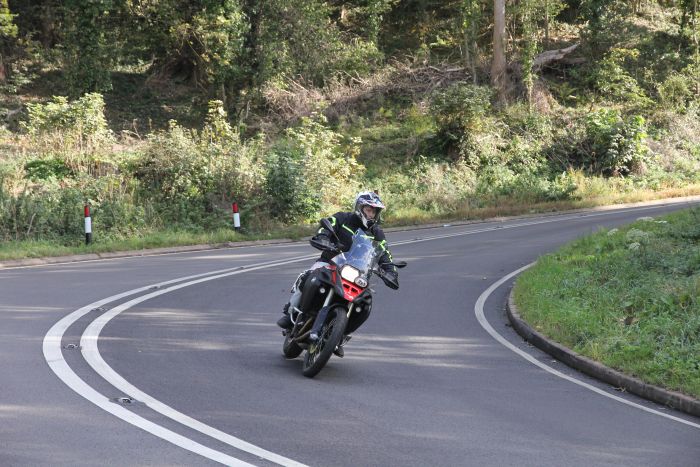 The GSA comes with a number of upgrades over the stock GS with the stand out selling point being the 50% increase in fuel tank capacity and the corresponding longer distance between fill-ups. The standard GS has a 16-litre tank and a range of approx 175 miles with the GSA featuring a whopping 24-litres and 250 miles between fills. Both bikes deliver good mpg with the GS offering approx five mpg more than the GSA.  A careful rider should be rewarded with around 60mpg.

Extra tank range is one of those features you only fully appreciate once you have it, and even more so if you change to a bike with a shorter range. The general convenience of fewer fuel stops is not to be sniffed at and nor is the ability to knock off big motorway miles in a single hit. When travelling overseas having a larger fuel tank can be invaluable, even in European countries where weekend forecourt opening hours can be less reliable than in the UK.

All this extra fuel is carried in the under-the-seat fuel tank which flairs out to give the GSA ‘wide hips’. Visually it makes the bike appear squatter than the standard 800GS though it’s actually 5mm longer. The positioning of the under-seat tank means the bike is well balanced and has a low centre of gravity for the height. On a back-to-back ride out there was no noticeable difference between the handling of the GS and GSA and at low speeds, the balance and manoeuvrability of the GSA is particularly good.

Unfortunately, there is a price to pay for the position and width of the larger fuel tanks which becomes apparent when the bike is fitted with a set of panniers. With side boxes attached the GSA is close on the width of a small car and with the panniers exceeding the width of the handlebars, lane filtering would be far too risky and dangerous. 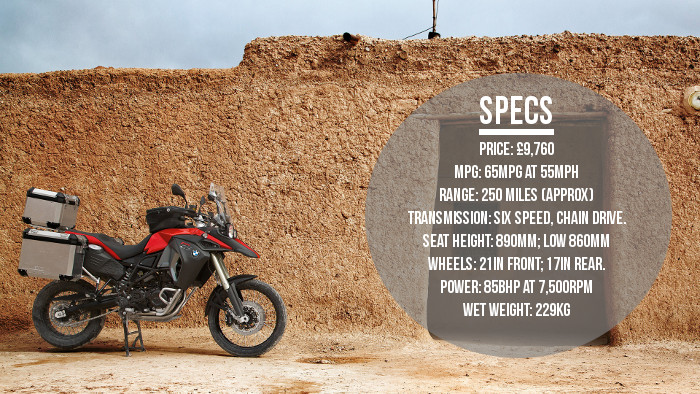 There are other differences between the GSA and GS too. First off there is a new, more comfortable seat which is tapered at the front aiding the perfect off-road stance and wider where your butt needs the support. The front fairing is wider but nowhere near to the same extent as the difference between the 1200 models where the GSA makes the GS look like Kate Moss. That said, the extra width of the fairing does offer slightly more protection from the elements.

The new touring screen is a step up from the one found on the standard GS, it’s taller, better shaped and all over more protective. It would be better still if it were adjustable. The GSA also comes with larger footpegs as standard which make standing up, especially for any great length of time, a whole lot more comfortable than the skinny pegs found on the stock model.

The GSA is 15kg heavier and the seat is 10mm taller (890mm) than the GS. The additional weight is not as noticeable as you’d imagine and neither is the extra seat height which is probably down to the additional tapering at the front of the seat which doesn’t mean your legs are so splayed.

There’s a whole heap of optional packages to ponder over with the GSA including Automatic Stability Control (ASC) and Electronic Suspension Adjustment (ESA). Basically, ASC offers riders a built-in safety control when it comes to grabbing too much brake and throttle – i.e. no locked brakes and no loss of traction. Novices will no doubt find the ‘Enduro’ mode a comfort on trails whereas the more experienced off-roader will be happy to know you can switch off the controls when the terrain and style of riding demands.

In truth, there’s a lot to like about the 800GSA but in my opinion, it comes down to this. If you find the 1200 too pricey, big and unwieldy and you absolutely need a bigger tank range than the 800GS offers, then the F800GSA is for you. Then again, maybe you just like the looks and are of the opinion that a GS without the ‘A’ is only for the great unwashed. 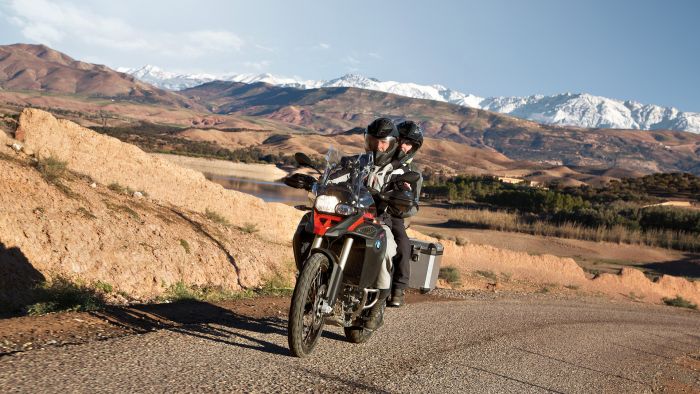 As a weekend tourer: Big enough to take all the gear and a pillion in reasonable comfort. Huge tank range and good miles per gallon mean fewer fuel stops and a thicker wallet at the end.

As a commuter: With the panniers fitted the 800GSA is not one for filtering. Leave the metal boxes at home and it’s manoeuvrable, economical, nippy and a great commuting machine. Shorter riders may disagree.

As an off-roader: In off-road terms, the 800GSA is still a big, heavy bike and performance tends to be limited to the experience, expertise and balls of the rider. In the right hands, you’ll be amazed where these bikes can travel.

As a continental cruiser: Fuel efficiency and big tank range are huge pluses. Comfort and performance are good when solo and acceptable two-up. The stock screen is not that great.

As an RTW overlander: Once again this depends on what you’d class as RTW. If your route includes jungle mud fests and desert dune bashing there are better. On the other hand, if your focus is tarmac and piste the 800GSA  is both capable and reliable.

As a pillion carrier: No massive complaints from the other half but there are more comfortable and suitable bikes if most of your riding is going to be with a pillion.

This review first appeared in issue 25 of ABR. Want to make sure you are kept up to date with all the latest adventure bike features and reviews? Click here to find out how you can get your hands on all new issues and the complete back catalogue of Adventure Bike Rider magazine.