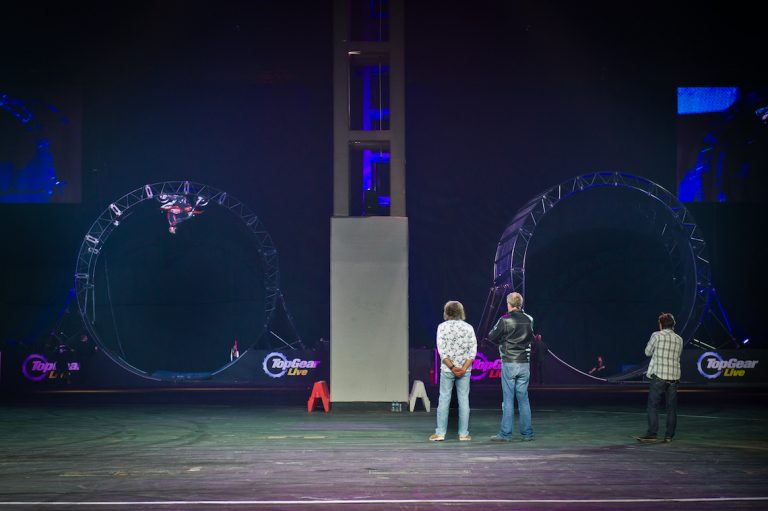 The first…double loop-the-loop on a motorbike

Mental. That’s one way to sum up this world record. Whoever thought it would be a good idea to send Gary Hoptrough, the Top Gear Live stunt rider, twice around a loop-the-loop on a KTM 250 SX-F, in front of a 4,000-strong crowd, without ever having attempted it before and with every possibility that he might obliterate himself, is possibly the biggest headcase in the biking/TV world. In fact, this stunt is so ridiculous it even had fellow trick riders shaking in their boots. 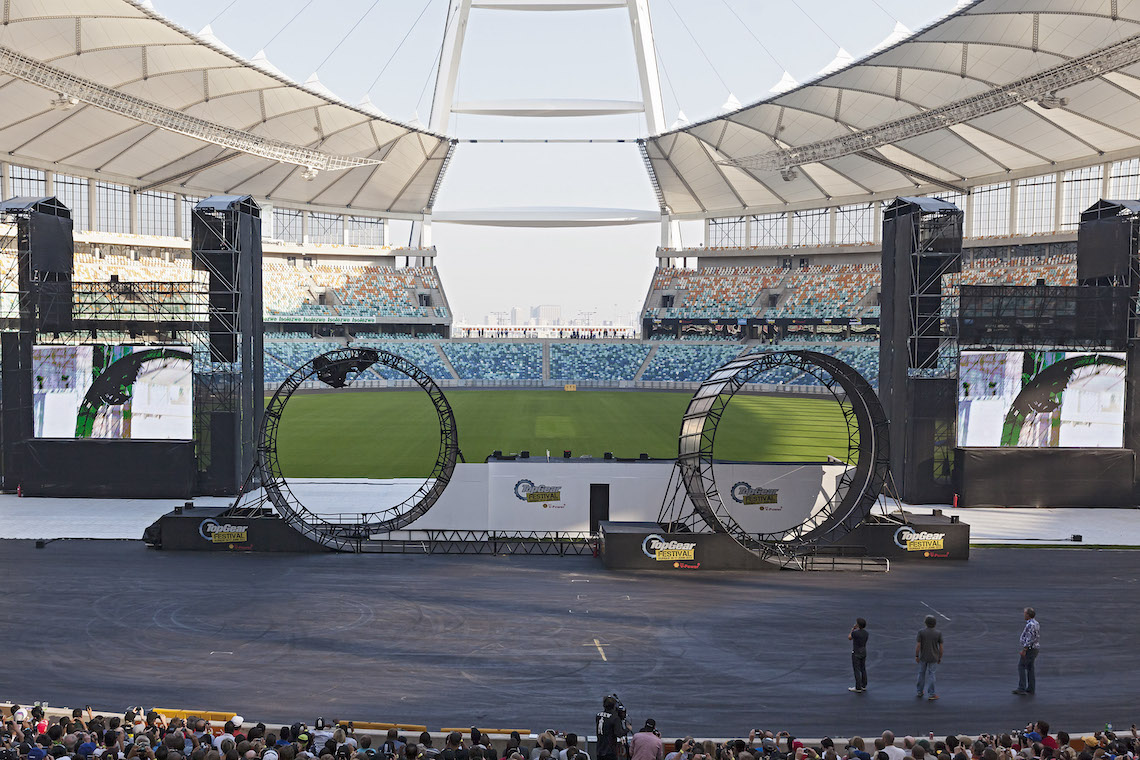 He did it though. On the opening day of the 2012 Top Gear Live show in Birmingham, everyone held their breath as Hoptrough revved up the KTM, which had to have the suspension recalibrated to deal with the pressure, and hurled himself at the 720-degree loop of (possible) death!

The key to pulling off the stunt in one piece is the speed of approach. Hoptrough had to ensure he hit the loop at 27-29mph; any slower and he’d fail to make the gradient, but going too fast would result in the rider blacking out due to G-force exertion. 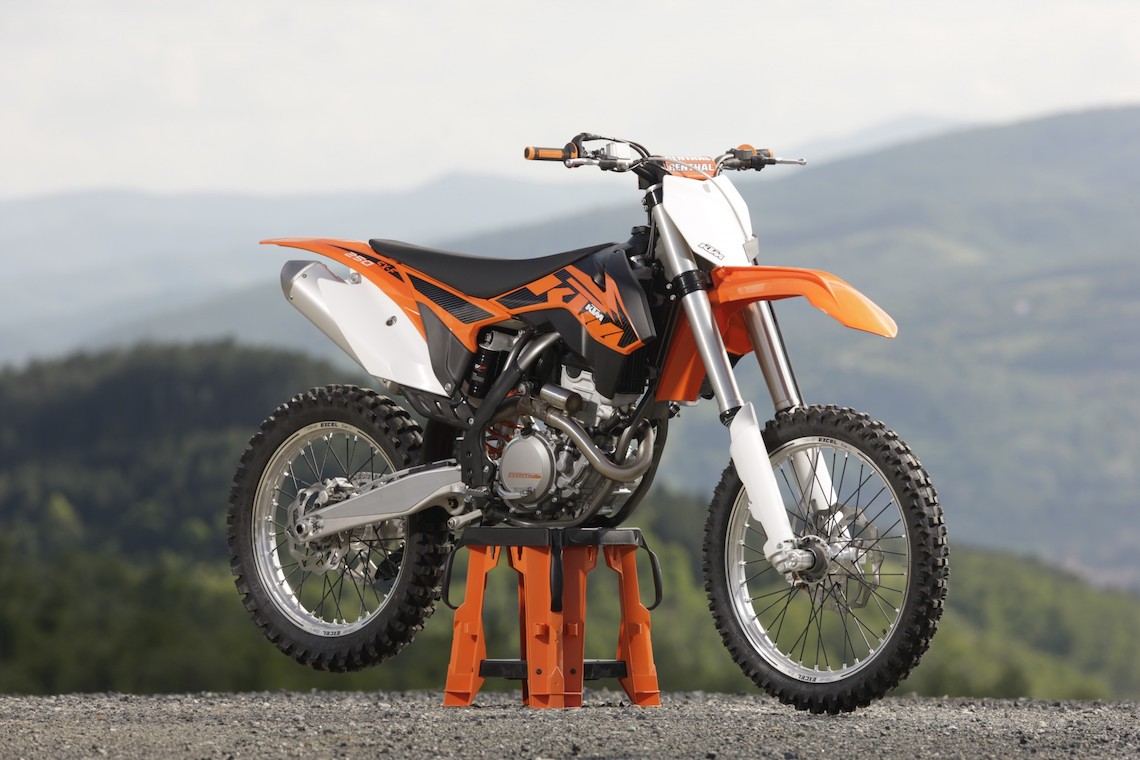 Despite a little wobble on the second loop, Hoptrough landed safely and entered the Guinness World Record books as the first rider to successfully complete the double loop-the-loop. Want to see it first hand? Check out the vid here: www.youtube.com/watch?v=sVgudvpCJvc

The raciest…motorcycle models in the world

On first glance, these pics look just like any other sexy bike shoot with a not-unattractive female model perched on the seat. Now, look again. Can you tell what it is yet? These racy rides aren’t your average body kits but rather a bunch of nudie humans painted and posed to look like motorcycles. Talk about naked bikes!

These amazing Human Motorcycles are the work of fine art body painter Trina Merry and are part of the promotional campaign for the International Motorcycle Shows that have been recently touring America. The Human Motorcycles are certainly eye catching, but involved a lot of painstaking work from Trina and her team. “Creative agency, I.D.E.A. approached me with the concept on my Facebook fan page. I knew this was a long-shot pitch because the way it was written was very conceptual and not in touch with what was practical – how the body bends, how strong or weak it is or what different body shapes could fit where. So my team and I worked on taking the idea and making something concrete,” explains Trina.

“At first I started drawing layers of human bodies over motorcycle bodies, but in the end I decided that was backwards. I did a casting call where I had people work with me and the photographer, Juan Moreno, to create the shapes of the motorcycles. I then drew the motorcycle, shadow, highlight and detailing over an image of the human canvas surface. We did all of this and turned it around in two days. We are very passionate about what we do,” she said.

The quickest bike to paint and position was the dirt bike, which took 13.5 hours to complete and shoot. The killer was the Harley-style cruiser. “Not only is it a hard pose to hold, but Erin Bates, the rider, had to completely put her weight on the gals to make the pose believable. They could stay in this position for 2-3 minutes. The exhaust pipe could only be held up for 10 seconds or less. About halfway through the day we started trying to make it fun and light to get through the hard work. Those human canvases are very strong and have a lot of willpower!” confesses Trina. We have to say, we like the Sidis, too.

Watch the behind the scenes video of the Human Motorcycle shoot at www.trinamerry.com.

As far as records can show, the first official police motorcycle unit anywhere in the world was established in the Berkeley Police Department, California, all the way back in 1911. Not so much used for high-speed chases, they were a quicker way to cover the beat, but only two years later these patrol bikes were replaced with cars. Killjoys!

The most…boring road in the UK 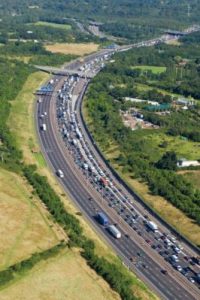 There are several motorways that could potentially lay claim to the title of ‘UK’s most boring road’, but it’s the car park affectionately known as the M25 that takes the crown, having been voted the most yawn-inducing stretch of tar in Britain.

Nearly 20 percent of the 1,000 road-users who took part in the survey by Allianz Your Cover confessed that they find the monster ring-road dull at best. Feel free to send your ideas in on how to jazz up the M25 to [email protected].