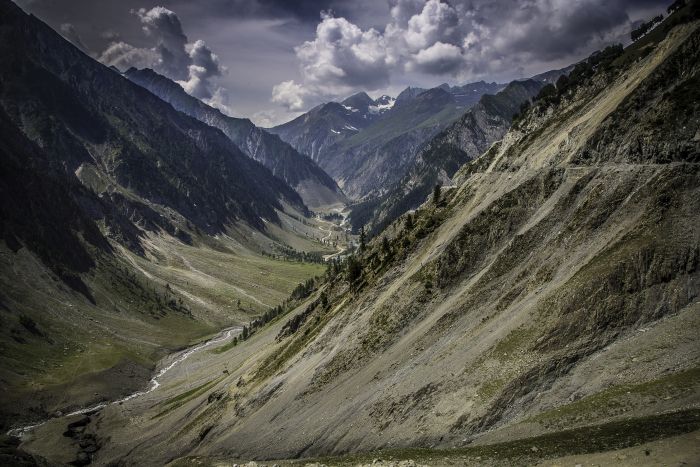 One man’s adventure is another’s commute, Alice Cook gives us the details about Zoji La, one of the world’s most dangerous mountain passes

Zoji La is one of the most important mountain passes in India and is considered a ‘lifeline road’ (ironic considering the number of deaths that occur here every year) as it keeps the people of Ladakh connected with the rest of the world.

Covering just under six miles, it would be easy to assume that this is a simple connecting road that could be completed in a matter of minutes, er no! The road lies in the western part of the Himalayan Mountains at an elevation of 3,528m above sea level and the extremely narrow track makes two way travelling a near impossibility. And that’s not even taking into account the horrific road surface along the way.

But it isn’t just the uneven road surface that presents problems along the Zoji La. The weather is an issue: dust in the dry weather can be blinding to bikers, vicious winds can buffet you around the narrow route, and it’s not unknown for the road to experience snow fall that can exceed 15-24m! If the road isn’t crumbling away then it’s either thick sludge or dangerous snow and ice, though the route is often closed during winter times.

So what makes the journey worth it? The pass is bordered by the Kashmir Basin on one side and the Drass Basin on the other. This, coupled with the towering peaks of the Himalayas, offers views to take your breath away. It’s not all about the scenery with this one though, the narrow zig zag road gives bikers a chance to hone their handling skills and corner taking abilities. You’ll know you’ve worked hard at the end when your muscles are aching from gripping on to the bike so hard.

Melting glaciers along the way have been cut down by the army for safety reasons, and riding upwards through a glacier is something that every biker should experience. Situated in the principal Himalayan Mountain Range on the Srinagar-Leh Highway (National Highway 1D), Zoji La is considered as one of the riskiest passes in the area.

It’s not unheard of to spot overturned vehicles along the way and be aware that when travelling by motorcycle, you will often be expected to move aside for bigger vehicles, and with sheer drops and no barriers within inches of your feet, it will take some nerve. 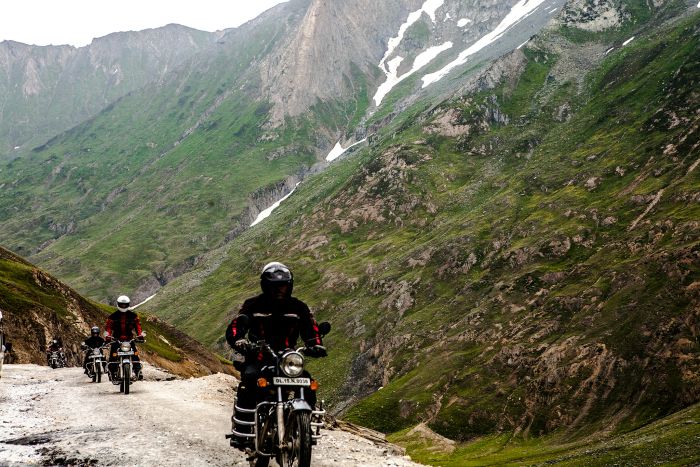 Narrow, steep, sheer drops; not three words that you would normally want to associate with your regular commute, yet hundreds of people do. Not much more than a strip of rock, it isn’t one for a gentle afternoon ride – this one is really going to test out your bike, your guts and the true extent of your riding skills.

•    The BRO (Border Roads Organisation) take care to clean and maintain the road during the winter season so that people who deem the journey essential can stay connected with other towns for as long as possible
•    There have been over 60 landslides on the pass
•    In 2009 a huge rescue effort had to be undertaken to save 350 people who had become stranded on the road during heavy snow fall
•    At the time of the Indo-Pakistani War, Zoji La was seized by Pakistani raiders. Zoji La was then recaptured by Indian forces during Operation Bison
•    The two top risks on Zoji La are the risk of falling and livestock on the roads – sometimes huge herds at a time
•    The road is often closed for much of the winter before the start of spring (around February), so it’s best to plan around this time to avoid disappointment
•    Because of the valuable link it provides between Ladakh and Kashmir, many hundreds of people risk this unstable pass every day