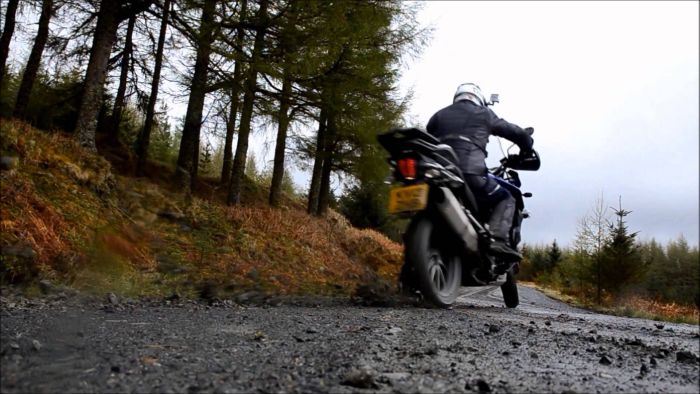 There’s no denying the Triumph Tiger Explorer is an impressive piece of machinery. The new version is packed full of astounding technology and is a great touring bike while the older incarnation was also much loved.

Despite this, there are those who will claim that the Explorer is too heavy to take off-road. With a wet weight of 259kg and a 1215cc engine putting out 139bhp, it’s certainly an heavy and powerful piece of kit. But, is it able to deal with the rough stuff?

Enter Kevin Carmichael. The professional rider took the Explorer and put it through its paces, showing exactly what the motorcycle is capable of.

Shot entirely in Scotland, the below footage follows Kevin power slide around a track before heading to the beach and woodlands to see exactly what the machine is made of.

It’s a hugely impressive show, especially considering the fact that all of the riding was done on standard road tyres. Not bad at all.

Now, we’re not saying every rider is going to have the skills or the desire to take such an expensive piece of kit off-road, but the fact remains, the Explorer can handle it.

And, if nothing else, it’s bloody fun watching it in action!