Watch: Randy giraffe tries to make love to a GS 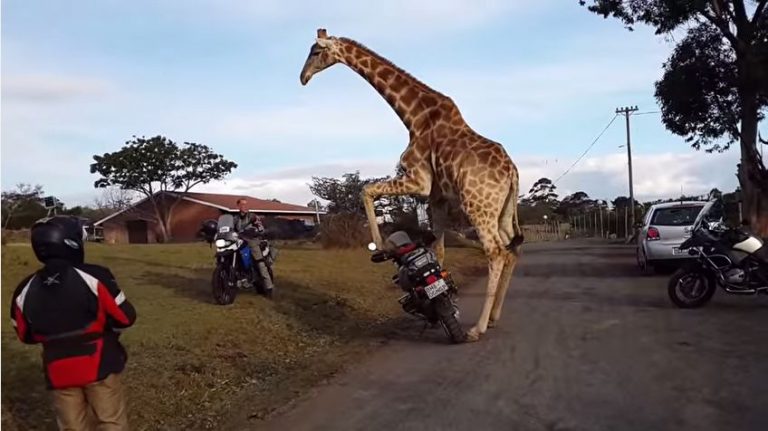 After stumbling upon the giant mammal one of the riders decides to get off his 1150 GSA, leaving it on its side-stand. The giraffe then takes a liking for the lump of German metal and tries to mount it, in what appears to be an attempt to mate with the machine.

Following the futile attempt at impregnating the GS, the animal then sets its sights on another rider, this time on a BMW F800 GS.

Check out the original footage below, and I think it’s safe to say, if giraffes could ride bikes they’d all have GSs!