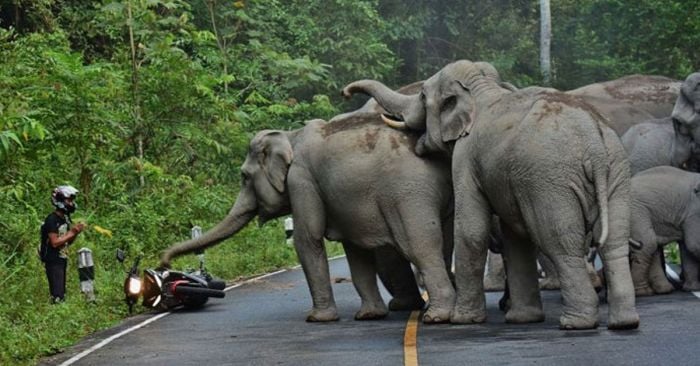 Turning a corner and finding any animal on a road is bad enough, but imagine being faced with this? The remarkable footage was shot in Khao Yai National Park in Thailand where encounters with elephants isn’t all that uncommon.

Even so, we wouldn’t want to try to squeeze past them on a road like this plucky motorcyclist attempted to. Perhaps unsurprisingly, the elephants decided to charge at the man and his moped as he arrived alongside them with a barrage of noise ringing out. We won’t spoil the rest but you can watch the remarkable footage below!

Video not showing up? Watch it in YouTube by clicking here.