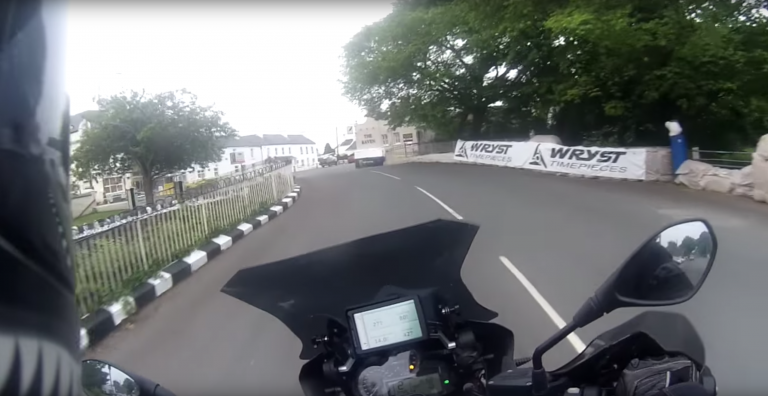 Here at ABR, we’re quite honest in admitting that motorcycle racing isn’t really our cup of tea. Having said that, the Isle of Man TT holds a special place in our hearts and we’ve been among the legions of bikers to descend upon the small, self governing British dependency of the Isle of Man for the infamous road-race.

You only have to look at the figures behind the course to get a feel for the type of event it is. The current course record average speed over a lap being 135.452 mph, set by Peter Hickman in 2018. The visceral thrill of being so close to such impressive feats of man and machine is incredible.

You don’t just have to watch though. Throughout the fortnight the TT is on the course is open at select times for the public to get onto that fabled blacktop on their own rubber. With no set speed limit on national speed limit roads, and the famous mountain road restricted to one-way access, it makes for a hell of a ride. And we’ve found a video of an adventure biker putting sports bikes to shame while taking on the course on his BMW R 1200 GS. 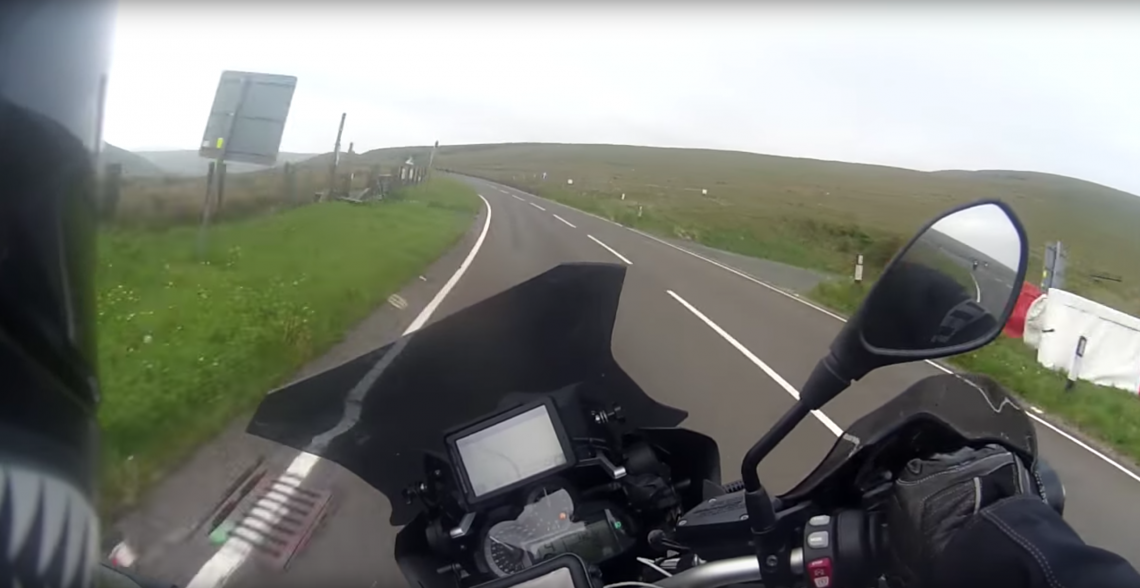 Starting the day off bright and early, Youtuber ‘crotchrocket’ heads off onto the 37 and three quarter mile TT course at 6am. Re-iterating the fact that once he hits a national speed limit sign, there is in fact no speed restriction in place, you can already tell he’s itching to get riding.

The BMW cruises past protective barriers and race-striped kerbs, with unfilled grandstands sat behind them ready for the day’s crowds. Soon he’s out of the built up areas and onto the national speed limit roads, the trees lining the route becoming a green blur as that 1200 GS’ engine shows what it’s made of.

The rider then heads onto the infamous mountain road, the scene of many a spill. As it becomes one-way during the TT weekend, the BMW is soon curving through sweeping, fast-paced corners using the full width of the road, and he looks like he’s having the time of his life.

He’s soon back in town, taking on the famous bridge by the Raven Pub with a little less power than the TT racers, who tend to jump it, before wrapping up a fantastic ride with breakfast.

Watch the full video below, and get those ferry tickets booked:

Motorcycle Storage on the Isle of Man

That video has us in the mood to head over and take on that infamous mountain course ourselves on the ABR long term loan fleet. But with the island seeing roughly 40,000 fans descending on it’s shores over the fortnight, and with a ferry the only way to get you and your bike across, you may struggle to get on two wheels unless you’re planning well ahead.

That’s where Classique Vehicle Care come in. Motorcycle enthusiasts themselves, they operate a private motorcycle storage facility on the island, just two minutes away from the airport. With round-the-clock security, battery conditioners, humidity control and a dedicated locker for your riding kit simply leave your bike in their capable hands and pick it up when the TT begins. No crammed ferries, no sea-sickness and no chance of missing those glorious bends.

And for over-seas motorcycle travellers, Classique Vehicle Care offer long-term storage for motorcycles should you need to leave you bike in Europe while you head back home for a length of time. For more details check out their website here.