The story behind the image: 13,670 miles around Europe on a Ducati 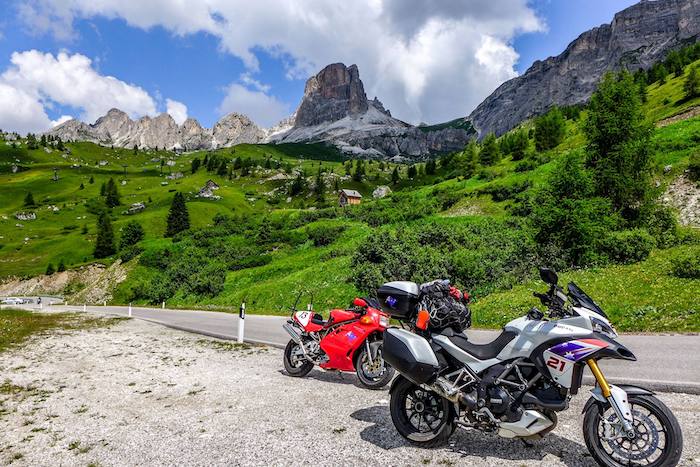 This image was snapped on day 77 of Steve Frew’s 13,670-mile ride around Europe.

While in the Italian town of Conegliano, Steve, who’s from Phillip Island in Australia, took the opportunity to catch up with friends he’d met during the WorldSBK races 10 years before.

Steve’s friends took him and his wife to their holiday house in Colle Santa Lucia – a small mountain village at the foot of the Dolomites, where this image was taken.

The Dolomites, with their monolithic appearance, are unique to the Alps and are one of the great biking regions of the Alpine range. This memorable riding route is a magnet for tourists, however, so avoid high-season unless you fancy crawling behind a camper van the entire journey. 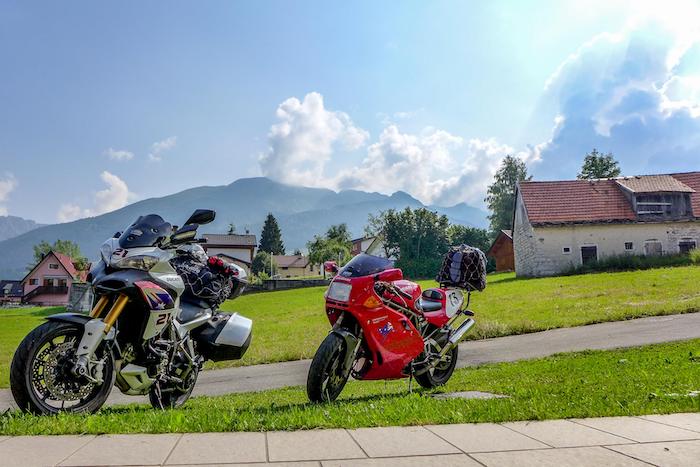 For some other breathtaking rides a little lower down, Steve recommends riding from the Dolomites to a town called Cortina via the town of San Vito di Cadore. The route exposes riders to some of the most fabulous Italian countrysides.