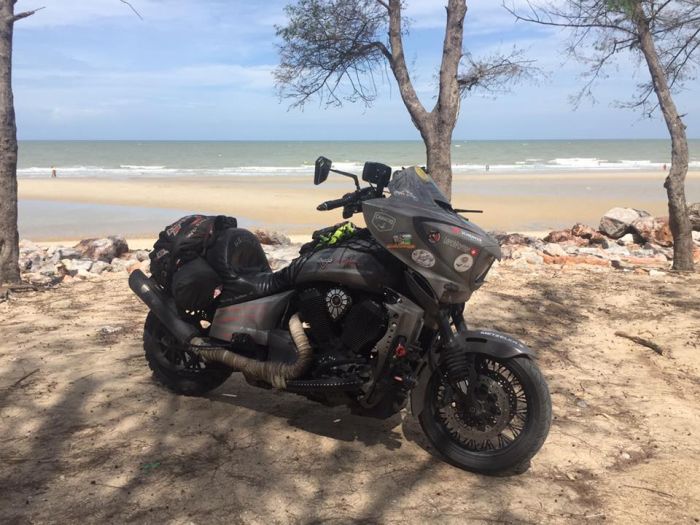 A Swiss motorcyclist has set a new world record for travelling around the world by motorbike.

Urs “Grizzly” Pedraita is now the fastest person to ride across all continents along their longest axis having completed the 47,390-mile journey in 119 days and 21 hours.

He narrowly beats the previous record which stood at 120 days and two hours and was set by British adventure motorcyclist Nick Sanders. 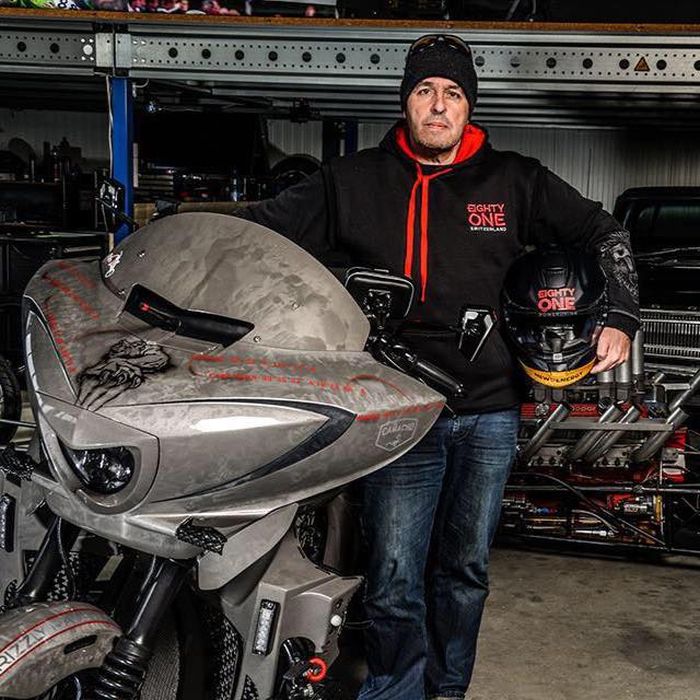 It’s also worth noting that Grizzly’s time included the entire journey from start to finish, whereas Sanders’ record didn’t include time spent at airports or transporting the bike.

Instead of opting for an adventure bike as you might expect, Grizzly decided to go with a modified Victory Cross Country Tour on his journey.  In total, he spent 72 days and 13 hours in the saddle.

His journey began on 12 March when he left Daytona, Florida. From here he headed down through South America and over to Australia. After a stint there, he ventured over to Africa and travelled north to Europe. 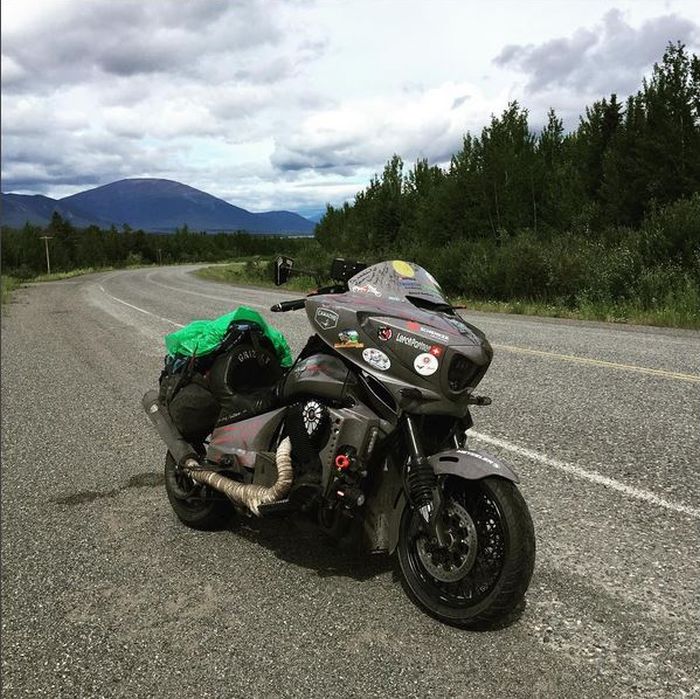 From Europe he went east, travelling through Russia before going south through Thailand and Singapore. As the final stage approached, he boarded a flight to Alaska before taking in roads such as Route 66 and the Dalton Highway as he headed south, back to Daytona where he finished his ride on 10 July.

On his Facebook page, Grizzly wrote: “I’m very proud and happy to have set the fastest time ever driven by land across all continents.

“I managed to do this thanks to my team and all the great people in North, South and Central America, as well as Australia, Africa, Europe, Asia and Russia.”

He also went on to thank various Victory Dealer Checkpoints across the globe as well as motorcycle specialists from other brands and any mechanic that helped him out along the way.

For more information about the ride head to www.grizzlyraceteam.ch or head to his Facebook page.