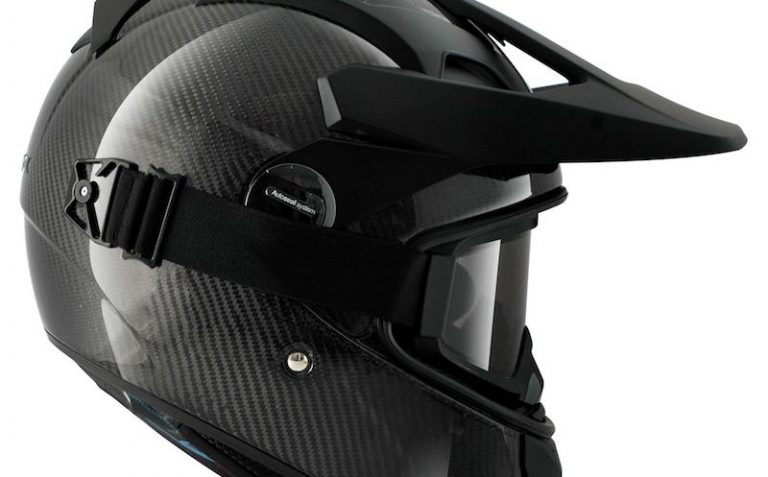 If you’re after a versatile helmet to do it all then you’ve probably come across the Explore-R. With its removable peak and visor and included goggles, the Shark Explore-R is truly customisable, allowing you to switch between full-face road helmet and off-road lid in an instant.

In previous tests, the main criticism we’ve had with the Shark Expolore-R is that it wasn’t possible to wear the peak and the visor together. Shark seems to have listened to feedback and this is now one of the possible configurations along with just the visor, just the peak, just the goggles or goggles and peak. Great stuff.

With that in mind, as standard you get a pair of goggles with Carl Zeiss lenses, a removable peak, a visor and an integral sun visor.

The all-in-one style is going to be perfect for those who only have the budget for the one lid, though in becoming a jack of all trades the Explore-R isn’t particularly a master of any, with the peak being inferior to those found on helmets of a similar price, and the chin bar being more like those found on a full face road helmet, not allowing much ventilation which can be a deal breaker when you’re working hard off-road. 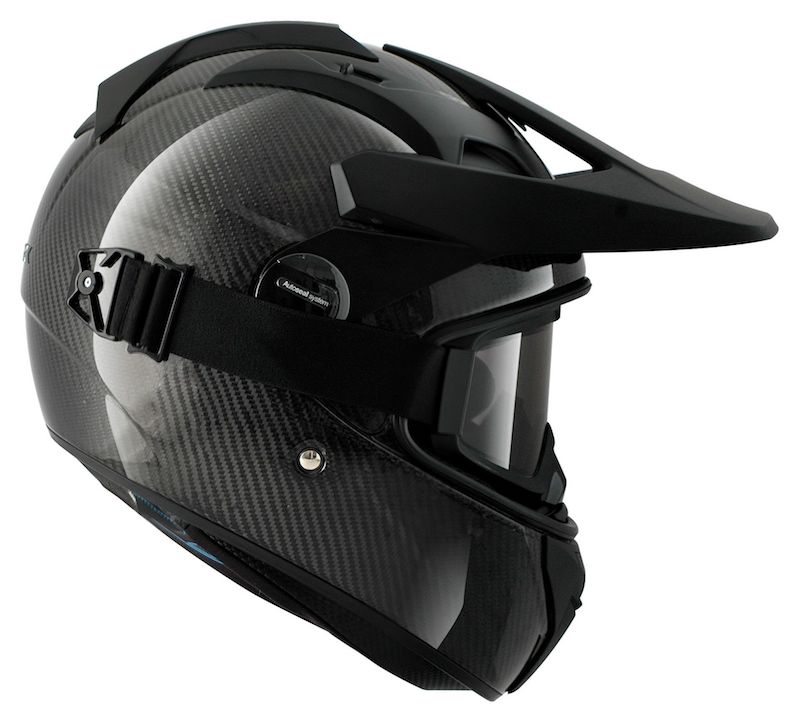 The shell of the helmet is constructed from a carbon aramid fibre and multiaxial glass fibre, so it’ll be stronger and provide more protection than your standard thermoplastic lid, and ours came with the carbon skin which makes it look superb.

Ventilation options on offer come in the form of a closable chin vent, two brow vents and a larger exhaust vent – this would be fine if you weren’t planning on using the visor, but on warmer days it starts to get stuffy. A really nice touch is the inclusion of a neck scarf that can be zipped away if not required.

The Shark Explore-R is a good helmet, there’s no doubting that. It has unique looks and the quality of components and construction is great. Though as I mentioned above, the lid suffers a bit from a lack of direction – is it a road helmet, or is it an off-road helmet? The result is that it performs adequately in most situations but not excellently.

That said, if you don’t have the desire to own multiple helmets for every type of riding that you’re going to be doing, then it’s worth checking out.