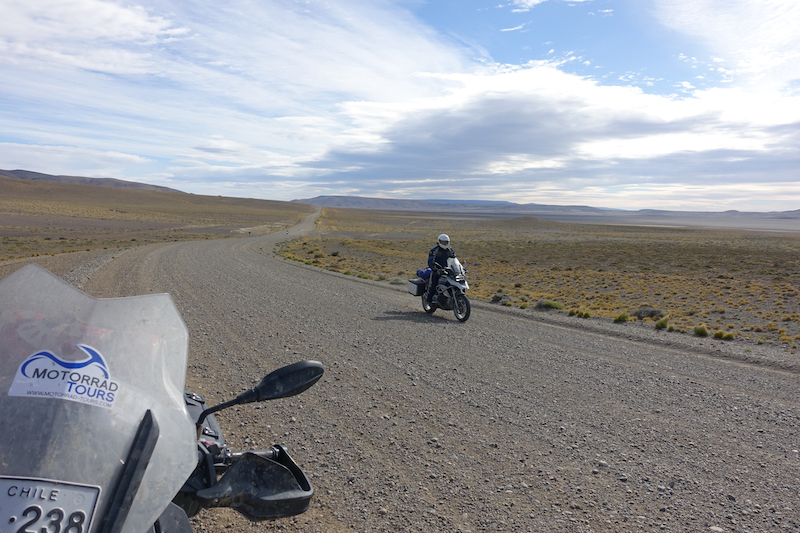 Running almost the length of Argentina, Ruta 40 exposes you to the remarkable beauty of Patagonia and the Andes Mountains. Richard Millington has the inside track…

Ruta 40, or Ruta Cuarenta to give it its proper name, has become a bit of an iconic route in the last decade or so. It might not be as instantly recognisable as Route 66, but for those looking for real adventure beyond the four-lane black top, shiny diners and gift shops, then Ruta 40 is high on the list.

This 3,000-mile long road offers incredible contrasts. Stunning narrow mountain passes dissolve into the horizon stretching plain of the Patagonian Steppe. It rises from sea level to over 4,000m, traverses 20 national parks, crosses 18 major rivers and climbs through 27 passes in the Andes. The best time to ride it is in spring, which, in Argentina, is November/December. January and February are ok, but outside these months it’s winter down south, and there will be snow in them there hills. 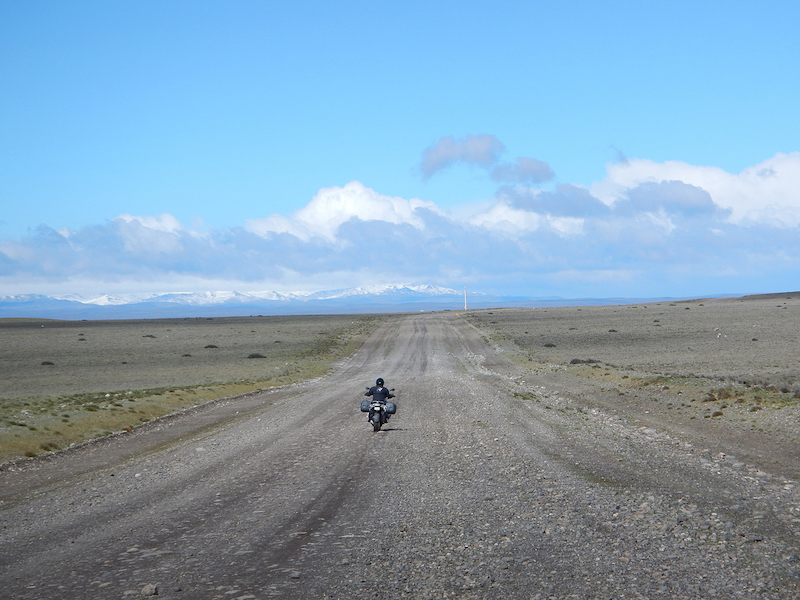 Five hundred miles of Ruta 40 stretch from Perito Moreno to El Calafate across the steppe. This seemingly barren, flat, semi desert sits in the shadow of the Andes and it can be one of the most challenging stretches of Ruta 40.

Sticking to the old road, there is up to 200 miles between fuel stops so you’ll have to plan carefully. You can divert off to Gobernador Gregores half way along this distance if desperate, although it adds 25 miles and misses some of the best bits. The challenge is not just fuel. It’s not even the loose gravelly surface. It is the wind.

Famous for sometimes savage cross winds, at its worst it will test the most able and challenge the fittest. Pick your compacted track in the gravel, fight the wind and try to stick to it. Don’t get blown into the deeper loose stuff!  Those savage winds can also have a huge impact on your fuel range. 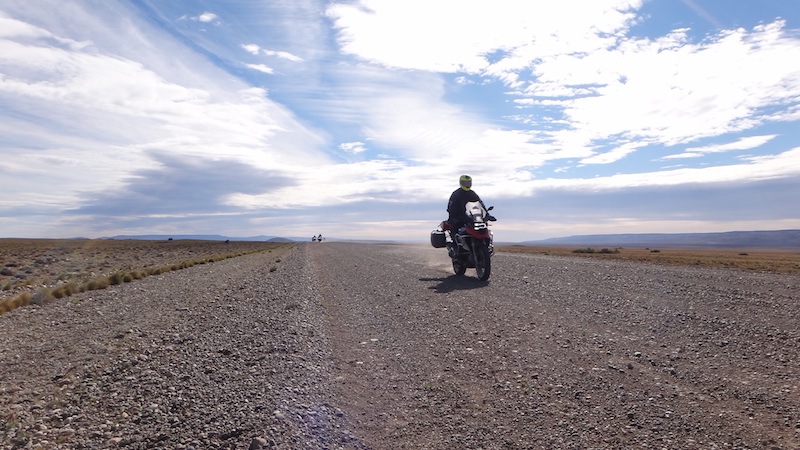 The most important thing to know about Ruta 40 though, for an adventure bike rider, is this. It is disappearing. Not through lack of use or some-one digging it up. Quite the opposite in fact. Every year more and more of the route is getting blessed, or is it cursed, with the black stuff. No not Guinness, tarmac!

Growing interest in Patagonia means more tourism, and for just about everyone except us, the tarmac is an improvement. It is changing the nature of the road, who uses it, and even the route it takes.

On one of the long stretches across the steppe there is a tiny settlement, nothing more than one fuel pump and a shop really. Baja Caracoles is located at the junction of Ruta 40 and coupe of small provisional roads. As you head south it used to be on the left of the gravel. Now it is on the right of the tarmac. There is talk of a second fuel pump next year.

If you want to ride Ruta 40, before it becomes adorned with diners and tat shops in a parody of Route 66, go now, really, like this year, before it’s gone

Is the beauty of Patagonia and the challenge of Ruta 40 for you? Motorrad Tours is an independent tour operator which specialises in taking the hassle out of the planning and logistics of riding the world’s greatest motorcycle routes, without taking away your freedom to ride and explore. Ruta 40 features in their two-week Ride to the End of the World: Patagonia tour along with another greatest road, Carretera Austral in Chile.