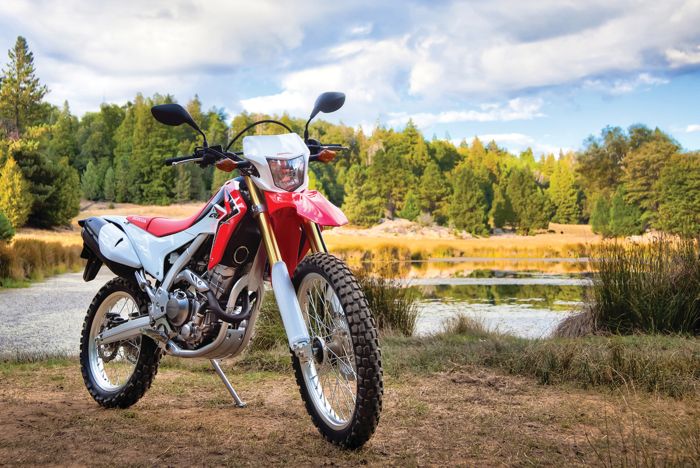 It’s been a relatively quiet week on the forum in the sense that most of the threads have actually been about touring and motorcycles as opposed to current affairs.

Among the highlights are questions about tyre choices, touring in France and which is the best green lane machine out of the Honda CRF250L and the Suzuki DRZ400S. Can you help anyone out?

WesleyDRZ400 is looking for a good, rugged tablet PC or GPS navigation unit. “I never got on with my Garmin Montana 600 so got rid of it. Looking for a tablet to give me a digital map style display, but with standard road display also.” Head to the forum to share your recommendations.

Ginger has done a fair bit of trail riding in his time and is after a new green laner. He’s caught between the Honda CRF250L and the Suzuki DRZ400S and has narrowed it down to these two due to their luggage carrying capabilities. He wants to hear what you would go for. Help him out by popping onto the forum.

Nuttynick has been in Morocco on his Ducati Scrambler and has shared a clip of him on a track over the mountains between Dades and Zagora. “I know many of you don’t see the Scrambler as an ‘adventure’ bike, as it’s not a KTM or a Beemer. But for me, an adventure bike is anything you have an adventure on.” Check it out below and then drop in on the forum to share your thoughts.

Alan29 is heading to Germany and Australia in a couple of months and wants to know if there is anything specific he needs to be aware of such as filtering, hi-viz and parking… Drop by the forum to share your advice.

Peejay1977 is heading off on his first trip to France with his wife in August and, having never driven in France before, is looking for any advice/hints/tips on riding in the country. Join the conversation by heading to the forum.

TomBoyNI is after a new rear tyre and wants to know what everyone else recommends. “I would say I would be an 80-90% road user with the other 10-20% being old tracks, but still roads.” Head to the forum to have your say.

Need some advice on touring, bikes or gear? Join the ABR forum and you’ll have a wealth of knowledge at your disposal.