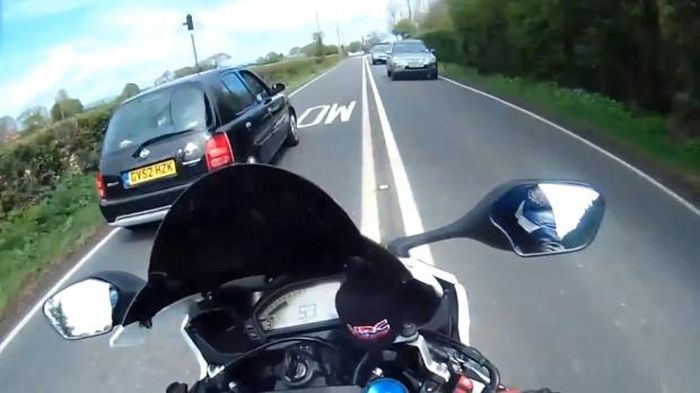 Last week on the Adventure Bike Rider forum there was certainly no shortage of new posts going live. From a monkey on a motorbike to technical queries on gel batteries, you can be sure that the forum has featured it at some point.

This week’s highlighted posts include a question about the best touring bike available for under £3,000 and a video of a motorcyclist (who has now been jailed) riding on British streets at speeds of up to 155mph. So check out the below and get involved!

Kinioo is looking for the best touring bike available for less than £3,000. The desired criteria includes a comfortable riding position, good wind protection, enough power for motorway cruising, decent reliability and the capability to handle two-up riding plus luggage. Drop by the forum to make your recommendations.

Zimtim has found and shared a story of a motorcyclist who has been jailed for dangerous driving after hitting a top speed of 155mph. The rider was found to be in possession of head-cam footage (watch below) showing a range of incidents where he showed disregard for speed limits and the safety of others while riding his Honda Fireblade. Drop by on the forum to offer your thoughts on the matter…

Shep has decided he wants to downsize so has sold his Triumph Tiger 800 and has been tempted by the Honda CB500x. He doesn’t get out as much as he used to but still wants to be able to head on weekend camping trips in the UK and beyond to Europe. To help him make his decision, he wants to hear from any CB500x owners out there. So if that’s you drop by the forum and offer up your advice.

NewToThisGary has only one chance to head away on the bike this year and it just so happens to be in the middle of February – not exactly the best time for decent weather in Europe… He has just over a week available and is looking for advice on where to go. He’s thinking of either ferrying to Spain and riding back through France or exploring the Pyrenees. Head to the forum to share your thoughts.