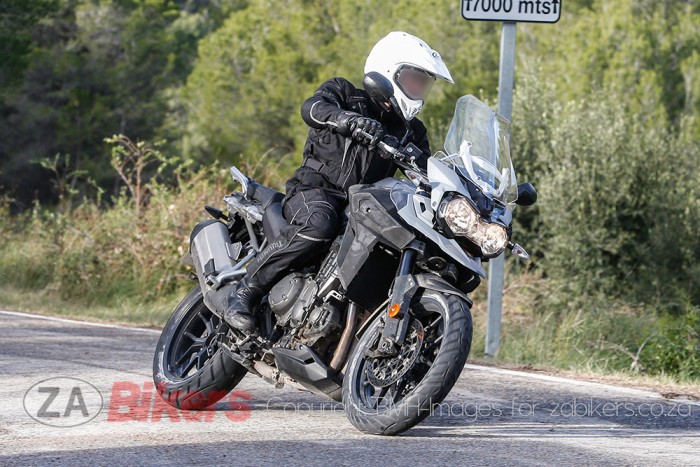 Despite it being the UK’s third best-selling bike last year, the Triumph 1215cc Tiger Explorer is in the process of being upgraded as is shown with the new spy shots that have hit the public domain.

It seems that the British manufacturer wants to further consolidate their success in the market and compete with BMW for the top spot of the UK’s best-selling bike with a new model.

So, what can you expect from the new Explorer? Well, the suspension appears to have had a revamp with new forks and shocks that look very similar to the WP parts that are used on the KTM 1290 Super Adventure. The result would be a semi-active set-up leading to better reactions to sudden changes in environment and speed.

It also seems very likely that the new Explorer may also feature cornering ABS and stability control systems, a move that would surely be welcomed by many.

At this point it’s important to consider that although the bike is being updated, the engine and frame are almost certain to remain unchanged.

Other visible changes include a nose redesign and revised side panels while there also appears to be an updated electric screen.

As with any machine that goes through a series of upgrades, it is expected that the new Explorer will be subject to a price hike, making the company’s most expensive model that bit more harmful on the bank balance.

The alterations come after Triumph surveyed owners and potential buyers about what they would like to see in future iterations of the Explorer. As far as we can see, it looks like their suggestions are being well and truly taken into account.

Despite images suggesting the upgrades aren’t too far off being ready, it seems as though we may be waiting until 2017 to see the new Explorer hit showrooms. Especially if Triumph’s listing of the existing model on their website for 2016’s range is anything to go by.