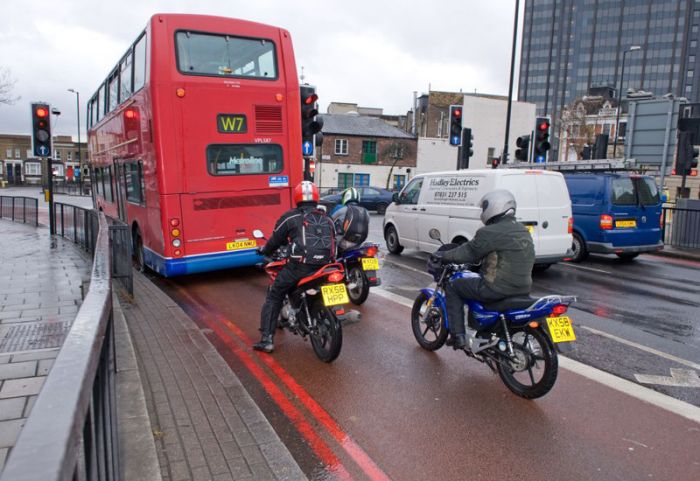 A new petition has been set up calling for the government to make it legal for motorcycles to use all bus lanes.

The petition was created by one Martin Cherry and the description says: “Bikes take up less space than most other road users and therefore aren’t seen as readily and are at greater risk of personal injury.

“We are legally allowed to filter past the queuing traffic and get to the front, this way would help make it even safer without affecting the buses and taxis.”

As it stands at the moment, the legality of riding through bus lanes changes from one local authority to another. In some places it is already legal for bikers to ride in bus lanes, while others may rule against it.

Likewise, in some areas it is allowed between certain hours of the day and it’s always advisable to check the signs before entering a lane.

All petitions run for six months which means this particular petition will end on 5 January 2017.

A separate petition called for the same thing earlier this year, though it only reached 5,657 signatures by the time the deadline rolled around on 1 April 2016.

Those who wish to add their name to the latest petition can do so by clicking here.

Do you think this is a good idea? Let us know on Facebook, Twitter or in the comments below.