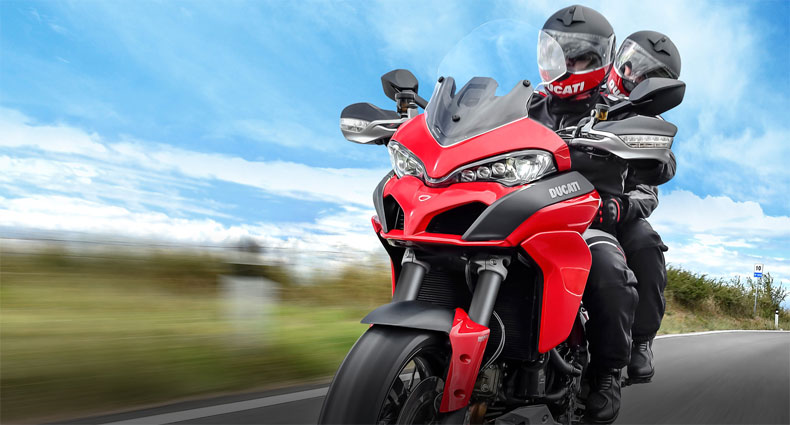 The new Multistrada 1200 S D|air is now available to order from Ducati dealers throughout the UK adding to the existing range that includes the standard 1200 and the 1200 S.

Ducati believe the new 2015 edition of the Multistrada is a milestone in terms of technological innovation and riding enjoyment complementing the other standard bike safety features.

In an effort to increase the rider’s safety, an intelligent vehicle-integrated system is wirelessly connected to the Dainese-made Ducati D|air airbag jacket. This system then analyses the data before inflating the jacket’s airbags in just 45 milliseconds when needed reducing the risk of impact-related injuries.

The 1200 S D|air has TÜV SÜD certification issued by the authoritative German body responsible for wearable airbag standards and was recently awarded the prestigious Professor Ferdinand Porsche award for technological innovation by the Vienna University of Technology. The award celebrates engineering excellence in the European automotive industry. 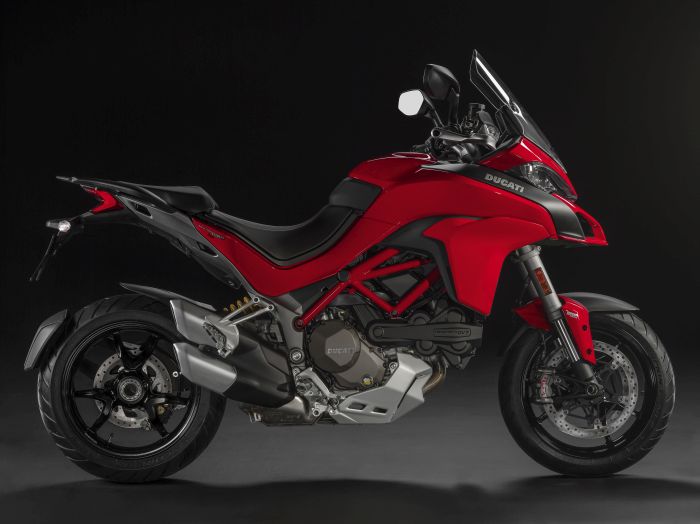 Of course, these features add to a tourer that already has a substantial amount of electronic technology including cornering ABS, cornering lights and Ducati wheelie control. The bike also comes with the semi-active Ducati Skyhook Suspension (DSS) Evolution control system featured on the Multistrada 1200 S. The Multistrada also boasts a liquid cooled, L-Twin cylinder, 1195cc engine which is said to have an output of 160bhp.

The 2015 version of the Multistrada 1200 S D|air is available from dealers with an RRP of £16,190 and is offered with Ducati TriOptions finance from £195 per month.