One of three Triumph Scramblers ridden by Chris Pratt in the new Jurassic World film is going under the hammer on eBay.

The bespoke bike will go to the highest bidder and the proceeds are going to Triumph’s nominated fundraising partner, The Distinguished Gentleman’s Ride.

Current bidding has taken the price to roughly £14,552 which is bound to rise higher over the remaining six days of the auction.

Appearing throughout the film, the iconic bike saw a lot of action and is most well-known for the scene where it is being ridden through the jungle being flanked by a pack of velociraptors.

Out of the three Scramblers that were customised for the film, this is the only one which will find itself in the hands of another. Another of the three is on display at Triumph’s UK headquarters while the final one was kept by Chris Pratt himself as a gift after filming.

Featuring a twin cylinder 865cc engine, the Scrambler has had many modifications including custom footpegs, handlebars, a single seat and rack and an Arrow Racing high level exhaust.

The bike is finished in Matte Green and is in the exact same condition as when it finished its duties on the production. A certificate of authenticity is said to be included in the purchase.

Money raised by the auction (minus any fees payable to eBay) will go to The Distinguished  Gentleman’s Ride, an annual motorcycle event that takes place in cities around the world on the last Sunday in September. The event is held to raise funds to help research into beating prostate cancer.

You can head to the auction and check out the Scrambler on sale by clicking here. 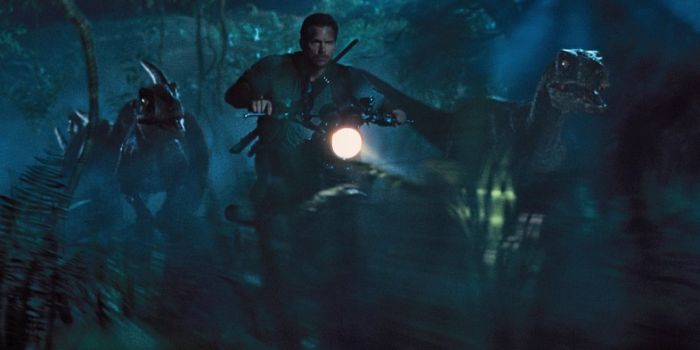