How to deal with deadly insects while on the road

Rob Slade28th July 2015How To
Home
How To
Author: Dr Mike Leahy

When riding anywhere in the world it’s worth paying attention to what could be hiding in your boots, TV’s Dr Mike Leahy tells us how to avoid getting bitten.

Working for the BBC and the National Geographic channels took me to many fascinating places and gave me the chance to hire, beg or borrow available bikes to go exploring. I thought that making shows like Bite Me would give me the opportunity to educate the public about the real health issues posed in developing countries.

But sadly the stories covered by the media, even in ‘educational’ documentaries give us a skewed view of the risks posed to us when travelling to remote locations. Without a potential change in attitude we could be putting ourselves at risk on a two wheeled adventure.

Let’s focus on arachnids (eight legged invertebrates including spiders), and begin with one fact; there are around 7,000,000,000 (seven billion) people on Earth. It is logical to assume that there are just as many spiders, perhaps many more.

However, most years there are only one or two recorded deaths related to spider bites worldwide. In Australia, that notorious spider-infested nation, where you can’t even sit on the dunny without risk of sudden death, not one person has died of a spider bite since 1979!

In fact, when it comes to simple numbers, the most deadly invertebrate in Australia is the humble European honey bee, which kills around the same number of people in Australia each year as it does in the UK! Maybe something to bear in mind as you ride along with your visor open.

So, let’s look at the real risks posed by arachnids to adventure bikers because, although they kill very few people, they can have a huge impact on your trip.
You do often need to take care when getting dressed an in warmer parts of the world always remember to shake your clothing out before putting it on. Bike jackets, in particular, have many pockets, lots of mesh, and air vents which small creatures can hide in, and spider bites can make you very ill.

When travelling in more southerly areas of the USA, be particularly careful to avoid the brown recluse spider. If you are collecting firewood, or moving stones so that you can find a smooth place to put your tent they are very easy to miss, but if you are bitten by one it can lead to weeks of misery.

You may not have seen the spider, or even felt the bite, but as days progress a lesion around the bite site is likely to spread, bit by bit, until it resembles a substantial burn or perhaps a small pizza, full of blood, pus, and rotten flesh. On the road, secondary infection is quite likely, and may well lead to you ending your adventure prematurely.

Likewise red backs (in Australia) and black widows (around the USA, Asia and parts of Europe including Croatia) can be inconspicuous, but their bite will most likely make you sufficiently ill to cancel your trip.

Spiders aren’t the only arachnids to pose a risk. Scorpions are arguably far more dangerous, killing up to 5,000 people each year. Any self-respecting school kid will tell you that it’s not just the big ones with big claws that you have to worry about, small scorpions can be just as deadly as large ones. Most scorpions like the heat, especially at night, and a desert hairy, fat tail, or death stalker scorpion could easily hide in your nice warm riding boots. 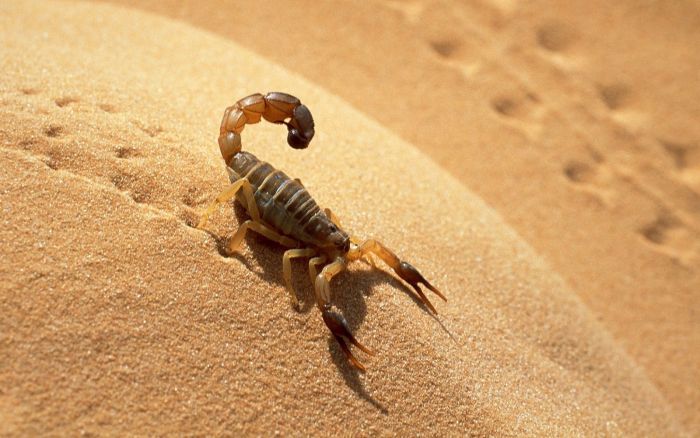 To keep safe, bear in mind that walking without footwear, particularly after dark is pretty daft for any number of reasons. If putting on your riding boots is too much trouble make sure you carry a pair of lightweight shoes.

Take it on board that venomous arachnids will exist pretty much worldwide in warmer and more humid locations. Shake, and inspect helmets and clothing before getting dressed, tip your boots upside down, and give them a shake before putting them on.

Take care when collecting fire wood, and never grab a branch of a tree or a rock without first giving it a cursory glance to ensure that nothing is sat on it. If you follow these simple rules it may keep you safe for long enough to worry about the other dangerous animals around the world.

Dr Mike Leahy is a virologist, travel consultant, and adventure traveller who has worked in the support crews of many international expeditions and rallies. Passionate about emerging infections, pandemic disease, and travel to wild places, he is best known for his work within the media, where he has written and presented TV shows such as Bite Me for National Geographic, Bodysnatchers, for BBC1, and several scientific documentaries. He now divides his time between working within education and running his small adventure/trail riding business Trail Ride Europe (www.trailrideeurope.com). 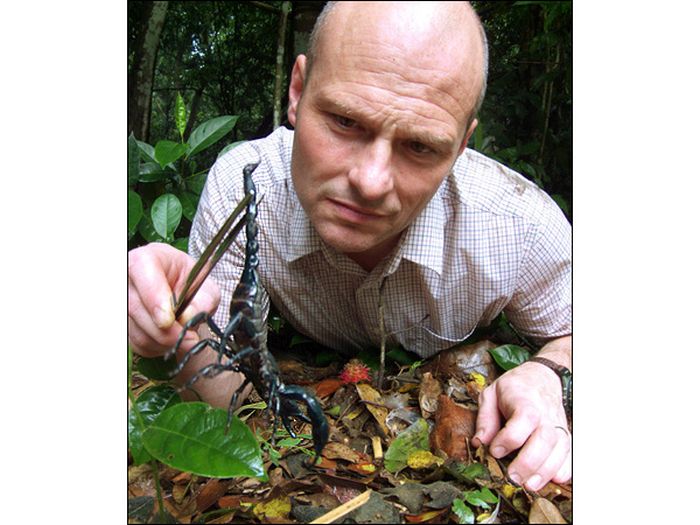