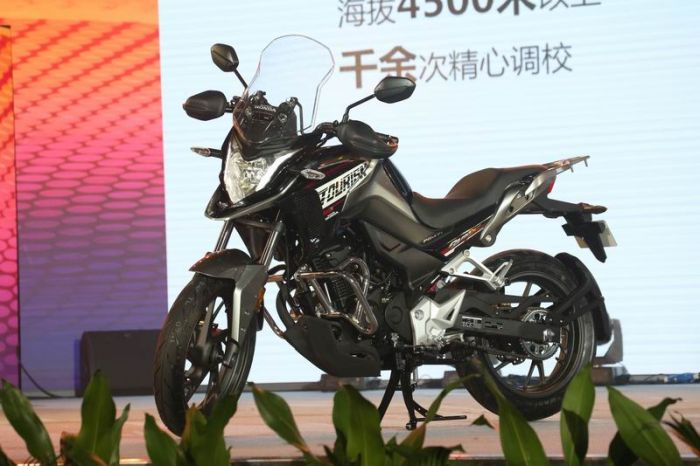 The new adventure bike is based on the extremely popular Honda CB190R, a sub 200cc motorbike which was previously released in China last year. Interestingly so, Honda-Wuyang actually already makes another similar bike, the CBF190X Fight Hawk, which is also based on the CB190R. However, it is less adventure styled than the new arrival. 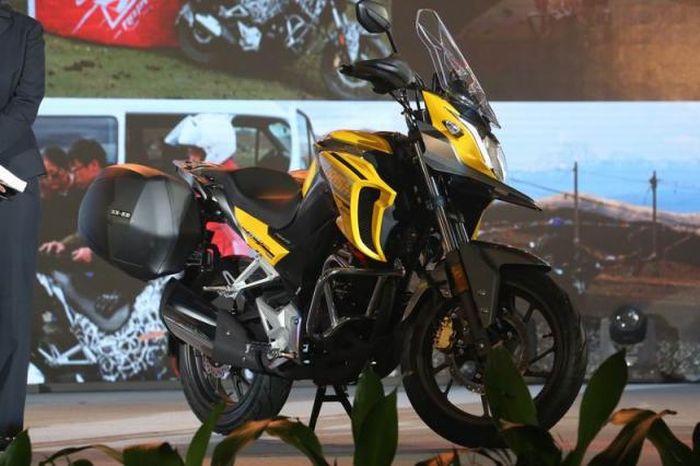 As we can see from the photographs taken at the event, the new CB190X is a good-looking adventure bike which offers its riders more off-road capability than its predecessors do. It features a much longer-travel suspension, crash bars, the all-important adventure beak, a higher wind shield and a more suitable exhaust position, giving it higher ground clearance.

The bike has a 184cc fuel injected, single cylinder engine with air cooling, which will pump out approximately 15.4bhp of power at 8,000rpm. It has been specifically designed to cater for emerging motorcycle markets in the east, where small capacity bikes can also be taken on off-road terrain when desired, so it’s unlikely we’ll ever see the new CB190X adventure bike being sold here in the western world. 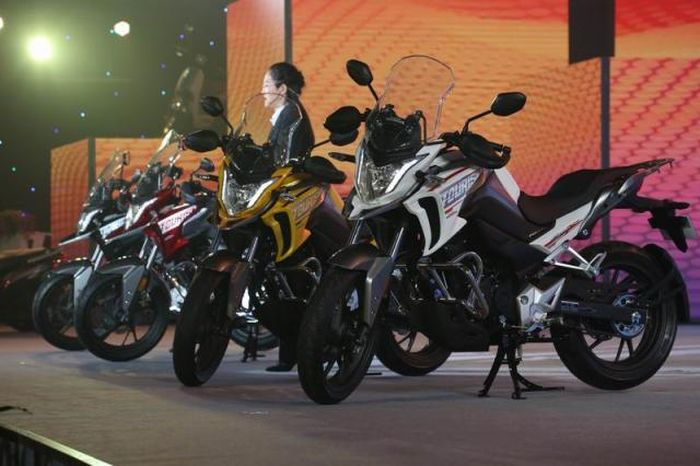 With the Kawasaki Versys X300 on the market, the Suzuki 250 V Strom due to arrive in October, and BMW set to launch the G310 GS later this year, it appears that Honda are trying to play catch up, so whether a they introduce the baby adventure bike to the UK will depend on the success and demand of those machines.

We’d love to know your thoughts, let us know in the comments section below.