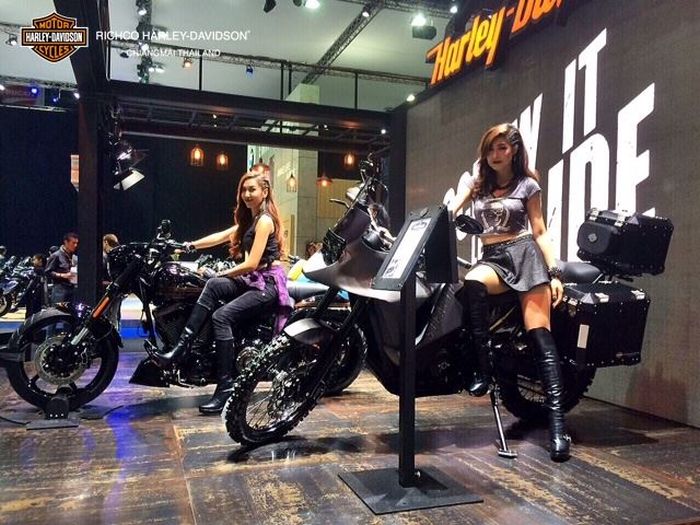 Harley Davidson aren’t exactly known for producing motorcycles for epic, multi-terrain adventures, but perhaps that’s about to change with this badass custom build.

The Harley Stealth 750 debuted at the 37th Bangkok International Motor Show as part of the international version of Harley’s Street 750 Build-Off.

Built by Richy Wilson and his team at Richco Harley-Davidson of Chiang Mai, Thailand, the Stealth 750 is centred around a stock 749cc Revolution X V-Twin which has been paired with a custom dual exhaust.

Speaking to American Iron Magazine about the bike, Wilson said: “Harley-Davidson corporate wanted us to build a 750 Street custom (for a dealership build-off) to be displayed at the Bangkok International Motor Show.

“So after looking at all the 750 Street customs that have been built over the world, I have seen café racers, scramblers, etc., however I have never seen anyone build a 750 Street adventure.

“Living in northern Thailand the mountains are beautiful and have many off road trails. Perfect for the 750 Stealth”.

The bike uses Harley’s Street 750 as a base but the motorcycle’s off-road capabilities have been enhanced thanks to an Ohlins motocross setup at the front and a monoshock at the rear. 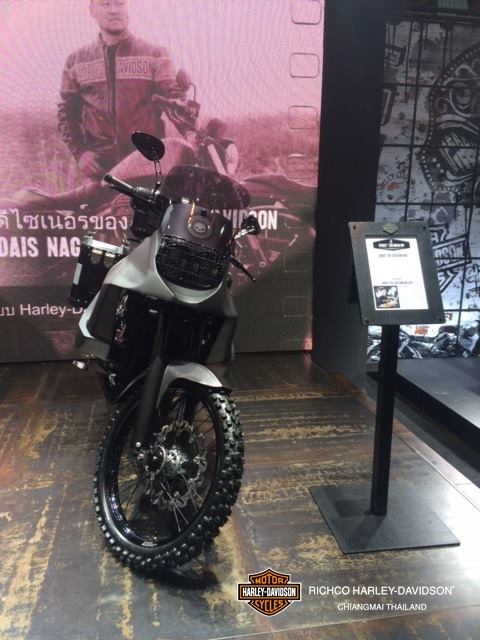 Both the fuel tank and fenders have been fabricated out of aluminium by hand and, in line with adventure bike tradition, the motorcycle features a beak on the front.

Twin LED Daymaker headlights are present behind the wire grill on the front while hard panniers and a top box contribute to the bike’s touring abilities.

Additional features include a pillion backrest pad, small sump guard and taller bars courtesy of risers. It is finished in ‘stealth bomber’ grey which was taken care of by Bull Shop Chiang Mai.

So does the Stealth 750 take your fancy? Let us know on Facebook, Twitter or in the comments below.