Took the WK for its first MOT on Monday morning and pleased to say it passed...…………3 years old 7627 miles

Fairly straightforward, i took the rear wheel off to give me better access and to take any weight off the swinging arm

The large bolt on the top of the linkage had the most play and there are two roller bearings in there........18x26x20

The lower linkage has one bearing in each end the one onto the frame was ok but the other end had play......…decided to change both 16x24x22

The bearing came out with minimal force and hope the new ones go in the same...……...as a point to note I contacted WK bikes for the bearings but they only supply the linkage with the bearings installed, ..............the two linkages are £158 + vat plus postage so went to a bearing supplier for said bearings £48 delivered

awaiting for the bearings to arrive in the post but did some checking and cleaning today while it was stripped, put a new rear sprocket on to try and went for a 42T and a new front sprocket JTF 1322, bit of a pig to get on, also installed a new chain guide that goes round the swinging arm, you get an extra one from new so decided to put in on with nearly 8k on the clock
Top

Where did you source the front sprocket and as you changed both did you consider renewing the chain too?
Top

Hi Andi, the sprockets I sourced from e bay, lots of homework to work out size and fit but JT do oem substitutes but not listed for the WK400

The old front sprocket came off with ease but the new JT didn't slide onto the output shaft as expected, there is an initial spline for the locking plate to enguage before the main spline behind which gave too much resitence so I had to file a bit of the new sprocket to slide over, sounds drastic but only took a small amount of gentle filing, not sure if anyone else has experienced this

In terms of chain I've gone a bit off piste, normally I would always change as a set but wanted to try a larger 42T on the back and as the rear sprocket had little or no wear did the swap, I then took a look at the front sprocket which had more wear so changed that out . The chain I've estimated has 50% wear and as the sprockets were sourced at a very low cost felt I would run the chain a bit longer as I may also go back to the standard 40T if I don't like the 42T..........

The JT rear needs new bolts as they are countersunk, I used KTM M8x28mm

I put the 42T on last weekend so I could try it when I went for the MOT on Monday, I can say it did what I hoped, you get a better pick up from take off and second gear can be held at low speeds rather than dropping into first, I also found it would hold 5th at 40mph or just under when with a 40T I often would have to change down to 4th up to 5th down to 4th as so on. It also pulls up a hill in 5th when before I may need to drop to 4th so all good. Down side is its less happy at 75mph although I rarely went there on this bike
Last edited by netsonic on Tue Oct 08, 2019 5:16 pm, edited 1 time in total.
Top

All sounds good, just an aside what counterweights to you have on the wheels to balance it , after working on this one I find its near 60g [2oz] even without the wheel lock fitted?

Think I might get a set of reusable spoke weights to change out the stick on types I used.
https://www.ebay.co.uk/itm/12-x-Reusabl ... Swux5YJhZi

Ah wheel balance, I cheated and took the rim stops out as I don't ride heavy offroad or use low tyre pressure . Once removed and harnessing the red dot I've lost any feeling of an unbalanced wheel, it's likely to still be off a bit but with around 60mph top end and unlikely to be getting my knee down its all good

Yes unfortunately I couldn't find the indicating dot on the tyre wall so winged it.One tip I came across today was to mount two rim locks opposite each other thus cancelling the weight difference out.
Top

Imbalance is always present, all we really do is move the frequency effect to a higher rotational speed above that at which we primerally wish to travel.

Got the racks fitted thanks Paul much appreciated.
I also modified a tip I had seen on a Bikerbits video about using cooler boxes for panniers and made a top box of sorts 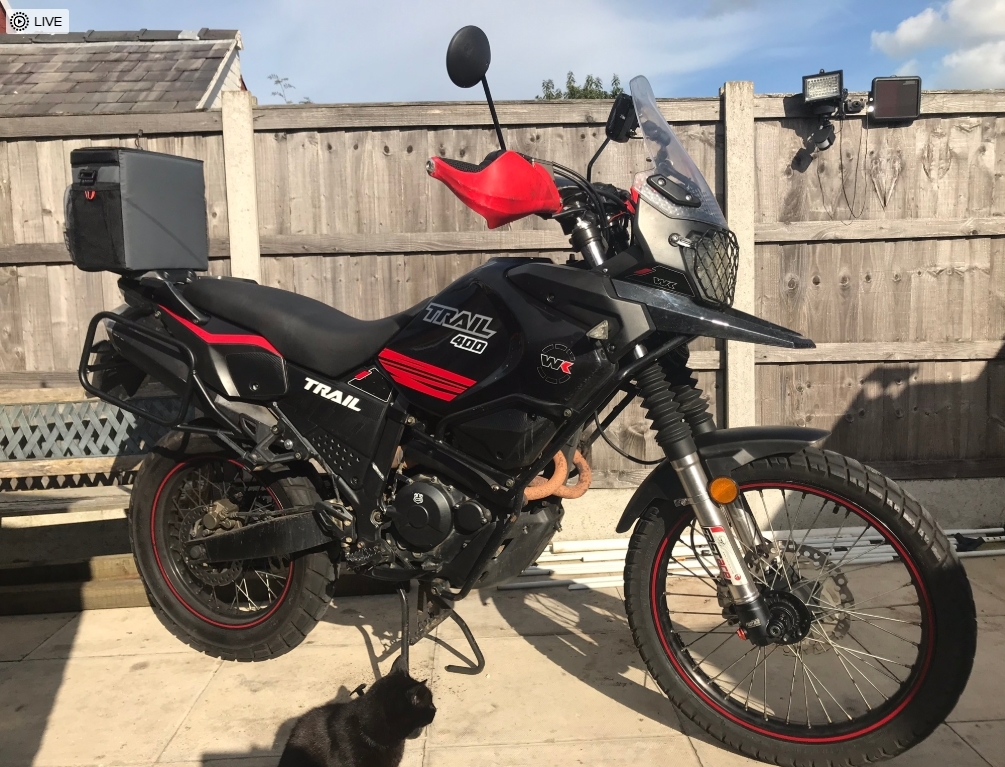 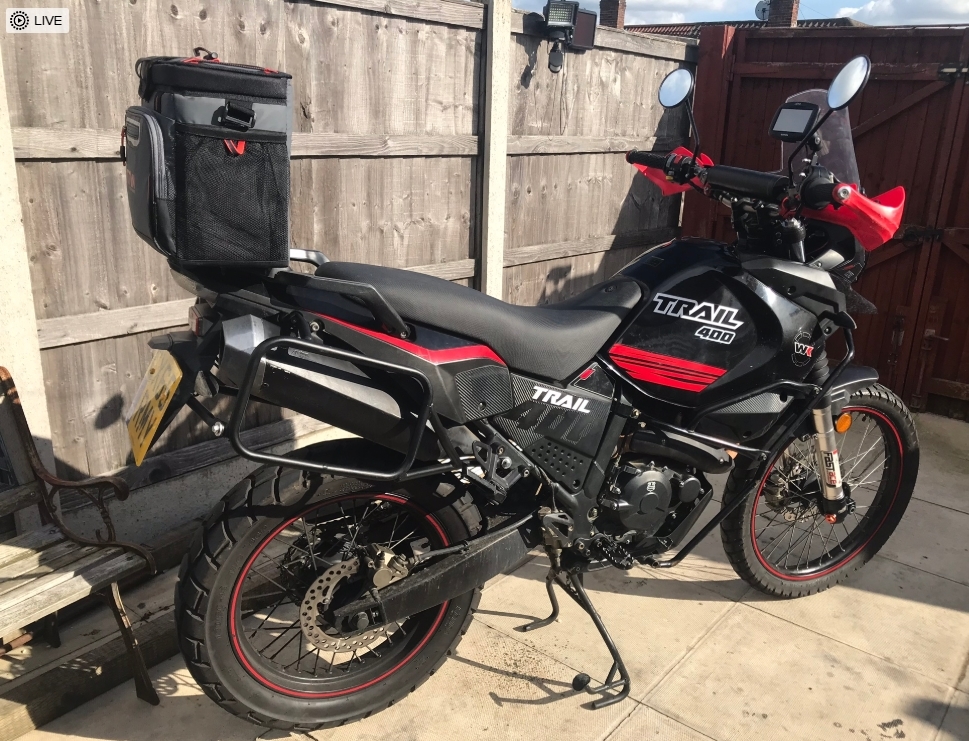